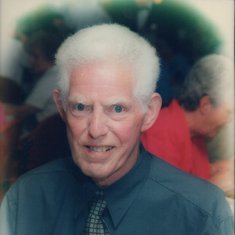 What can I say about dad? He was a clever man, a quiet man, a humble man, a generous man, a gentle man. He was someone who could turn his hand to almost anything. His DIY skills were legendary. Both Elaine and Frank and Chris and myself benefitted from his extraordinary ability to make anything. He made wardrobes, kitchen units, hung doors and fitted windows. You name it, he could do it. He was completely self taught in an age before the internet, when if you wanted to know how to do something it involved more than just pressing a button. Chris once wanted a cabinet for keeping her sewing threads in. She’d seen one in the shops for £200+. She showed Dad a picture of it and 2 weeks later he produced his own version for less than £20. He once removed the engine from his car and fitted a brand new one all by himself. When he started the engine it didn’t sound right. If that was me, I would have been running round and round the garden screaming “Why me, why me!. Dad just worked through it in that methodical way of his till he found the problem. Old age couldn’t stop him either. In his mid seventies mum and dad had an extension put on the back of their bungalow. Dad dug the footings! One time, mum wanted a new kitchen. He ripped out the old one and fitted a new one. He was 81 years old at the time and his apprentice was 79. It was only when they moved to Neston that he slowed down a bit.

Dad was generous in spirit and in deed. In1964 he won £40 on the pools. He gave mum £5, He gave Nan £5, He gave Ganny and granddad £5, He gave Elaine £1 and he gave me £1. He also gave the aunties £1 each. With what he had left he bought a car! It was a Standard Pennant, registration plate ACU641. We went everywhere in that car. We even went to Cornwall in it, travelling through the night. That was when I first began to realise that dad never got lost. Plonk him down anywhere in the country and he knew where he was. Every Sunday we would go out for the day to exotic places I’d never heard of. They were wonderful carefree childhood days. On the way home we would listen to Pick of the Pops with Alan Freeman followed by Sing something simple which invariably would play “By the light of the silvery moon”, Dads favourite. He always sang it at family get-togethers and once even sang it on stage in a concert. He was quite a shy man so that must have taken some doing.

One of my favourite memories of dad involved watching the Grand national. Uncle Tom and Uncle Joe would always come up for the big race. They would go to Aintree but the rest of us would watch it on the telly. I very vaguely remember Nicolas Silver, a grey horse winning in 1961 when I was 5 but it was the next year,1962 that was so memorable. Dad had backed the favourite, a horse called Kilmore ridden by Fred Winter. I picked a horse at random which had the unfortunate name of Gay Naveree. Dad put a shilling each way on it for me at odds of 100 to 1. As they approached the last fence Gay Naveree was in the lead and Kilmore was in the first 3. Gay Naveree flew over the last and headed for the elbow closely followed by Kilmore. As I was cheering my horse home I became aware that Dad was getting very excited. He was practically foaming at the mouth. Not because his horse was in the mix but because Gay Naveree was winning. I asked him “Why are you cheering for my horse”. All he could say was “It’s a 100 to 1 It’s a 100 to 1”. As it happens, Kilmore went on to win and Gay Naveree tired badly finishing 4th. I still got a quarter of the odds and I remember sitting cross legged in the living room with more money than I’d ever seen in my lap.

Dad worked hard all his life for everything he had. Nobody ever gave him anything. He developed cancer, that most terrible of diseases and was subjected to an operation which although successful, changed his life forever. Later the cancer came back in a different form and weakened him so much he couldn’t fight the pneumonia, which eventually took his life. I still maintain though, that he was a lucky man. Well he was lucky to even have been born, with a Jewish father and Christian mother in 1927. Then along came three sisters, who looked up to their big brother and eventually became bridesmaids when he got married. In the early 50’s he met, fell in love and married a beautiful young girl called Alma Somerville and they spent 62 happy years together. Now that’s lucky. They had two children a daughter and son, who grew to appreciate the selflessness and sacrifice of this most decent man and they loved him with all their hearts. How lucky was that! Then the next generation came along, seven wonderful grandchildren. I watched their tears in a hospital ward and felt the flow of tears all the way from New York in America and Victoria in Canada, which told me how much he was loved by them. You don’t get much luckier than that. And he was lucky enough before he died to see the two little boys who will carry his name into the future and to know that there is a third great grandchild on the way. We were lucky too. The cancer he developed in 1988 should by all accounts have taken his life. 98 out of a 100 people don’t survive it but he did. I remember praying like I’d never prayed before as I’m sure we all did. So in Gods house today I would like to thank him for giving us 26 years of our father’s life that we might not have had.

So in ending, Dad you gave us life. You brought us up to know right from wrong. We are what we are today because of you. You were a proper Dad and we will miss you more than you will ever know.

Forever in our memory

forever in our hearts xx

Uncle Cyril - Wonderful kind man who was an inspiration to many and we were lucky to have him in our lives
You are always in our thoughts
Tricia, Chris and Nicole xx

Please accept this donation in Memory of Cyril

Gordon and Aine Campbell donated £100 in memory of Cyril

Our deepest condolences to all the family,
Gordon and Aine

Our deepest condolences to all the family,
Gordon and Aine

I'll miss you everyday Grandad. All my love, Ciara

From all the staff of eCollege.
Elaine, Frank and family you are in our thoughts at this difficult time. 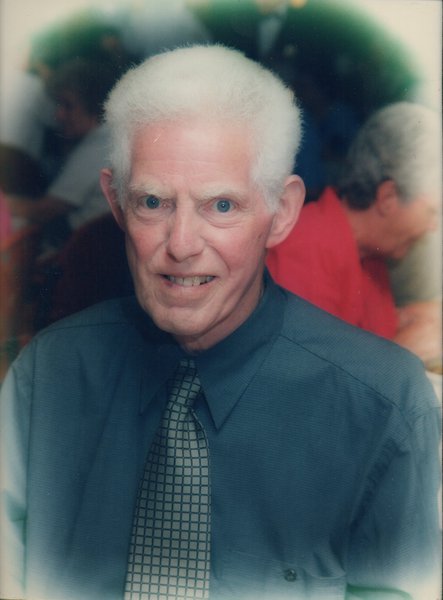