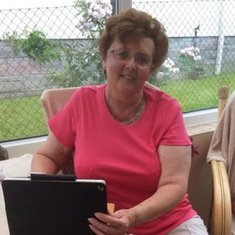 In loving memory of Joan Ann Clarke of Bideford, Devon
5th June 1947 to 13th February 2016
Born to the late Lily and Charlie Hayward at Eastchurch, Isle of Sheppey, she moved to her mother’s home county at the age of 19 and married James Clarke in 1970. In 1986 they moved to the parish of Alwington, Bideford and this is where they remained.
Eldest of three sisters, survived by Barbara Foremen of Minster, Isle of Sheppey and Elaine Wood of Camberley, Surrey.
It was Joan’s father that introduced her to Bell ringing at the age of 11 and this skill was pursued and enjoyed her whole life. She and James travelled the length and breadth of Great Britain discovering peals of bells and making many lifelong friends.
Her working professional life was with Lloyds Bank. A greatly valued member of staff she also became a member of the small-bore rifle shooting team and subsequently becoming the secretary and treasurer of the Bideford club. Many memories and good friends were made, finally retiring in 2002.
Travel was a passion. From the very first overseas trip in 1973 to Venice and trying the local fare ‘pizza’, to visiting family in New Zealand and many destinations in between. The tea-towel collection was very impressive.
Community was very important to Joan and her retirement years were spent joining in and doing things. In the ringing world there were treasurer, Competition Secretary and Ringing master roles. At home, Alwington, it was secretary and treasurer duties for the village hall and horticultural show. She made great cake and tea for those who liked to chat. Would offer a lift to those less mobile and be the very best friend to any cat fortunate enough to pass through the garden.
Joan was a force of nature. Loved, laughed and left her mark.
She is survived by James and is sorely missed.

For those who do not know me, I am Joan's cousin, although we were not close she was an important person to me. Joan was on my Father's side of the family, his youngest sister's eldest daughter. I first met Joan and Barbara at another sad occasion, that of our Grandmother's funeral, we all hit it off and became firm friends, meeting at various weddings and some sad venues too. Last year after emails and many telephone calls we all decided to meet up, Joan & James, Barbara & William and myself & Ellenor, we had a fantastic weekend and decided to make it "Same time next Year." It was not to be, however Joan to us was just a lovely person, a carer, nothing was too much trouble. Joan & James gave their time to all. Of course she will be greatly missed, but as we all are much older now, memories are there forever. God bless you Joan, I feel that our lives have grown from knowing you.

With only fleeting childhood memories, Peter and I so enjoyed the company of Joan and James on their trips to Australia. My strongest memory will be of a lovely cousin who enjoyed life to the full. She was vivacious, funny, kind and loving. Although she left this world far too soon, I am sure that she didn't waste a minute.
With much love, Jill and Peter. 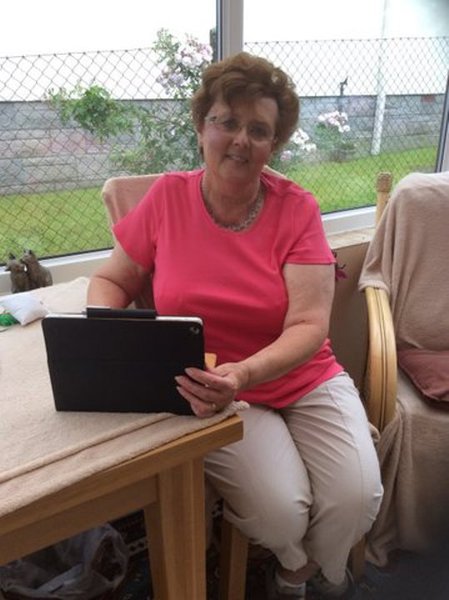