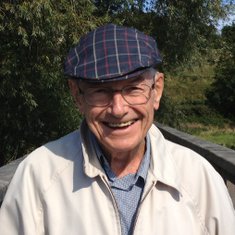 Donate in memory of
FrankPractical Action

In loving memory of Frank William Myerscough who sadly passed away on 22nd January 2016. Beloved husband of the late Connie, father of Paul and Claire and grandfather of Katie, Thomas, Lauren and Ruth.

I had the great pleasure of meeting and interviewing Frank Myerscough,
1933-40 in 2005 as a fellow old boy of The Liverpool Institute Hugh School for boys.

Frank lived in 283 Breck Road and went to Anfield Road Council school,
from where he gained an MBS. Frank's father managed a pub, and Frank did
a lot of work in that pub, even running it when his parents were on
holiday.

I have a load of Frank's memorabilia, including the letter from HH
Symonds confirming his MBS and the most glowing reference from JR
Edwards I have ever seen or heard of.

Frank had a hard time in his early years at the Institute because so
much was expected of him and he did not have space at home to do his
homework or study. When that was rectified he started to blossom--his
reports are as good as mine are bad!!

We spent a lot of time discussing Troutal where Symonds had established
the School camp. Frank had looked after the pub so his farther paid for
Frank to go for 8 days, he borrowed a sheet sleeping bag and cycled up
to the Duddon Valley from Liverpool. He said his experience of open
spaces was limited to Mersey Road and he fell in love with the Lake
District on the spot. I read him some of George Lucy's report on his
trip to Troutal, commenting on the big distances covered in a day in the
fells. He said there were effectively 3 levels of walkers in the group
and a master would take the slowest ones off the fell and back to base,
then another master would take the slower ones off, leaving the fittest
to finish the trek (up to 25 miles, and many peaks!!).

We also spent a fair amount of time discussing Bangor. Frank was made
Head Boy when the School was evacuated to Bangor and he had a lot of
work to do in managing the assimilation of about 700 boys into the Welsh
seaside town. There was friction between the Innie lads and the local
lads and Frank and the VP (SV Brown) commandeered a house, filled it
with beds etc from the local closed YHA, and set up a hostel for about
50-60 of the more troublesome boys. SV Brown ran the financial side and
Frank ran the rest--so a lot of work. This took a lot of time out of his
studying, and so he failed to get to Oxford, and also failed to gain a
place in Liverpool. However SV Brown persuaded Liverpool Education
Committee to give him a special scholarship to fund him for two years in
the Engineering Dept at Liverpool University.

After that, war service working with Barnes Wallace, then after the war
working for for Procter and Gamble (see http://www.pg.com/main.jhtml),
ending up managing P & G plants in the UK.

I have put a picture of Frank in files, this shows him with a sculpture
by Arthur Dooley, that Frank had commissioned, Dooley called it The
Street Madonna. 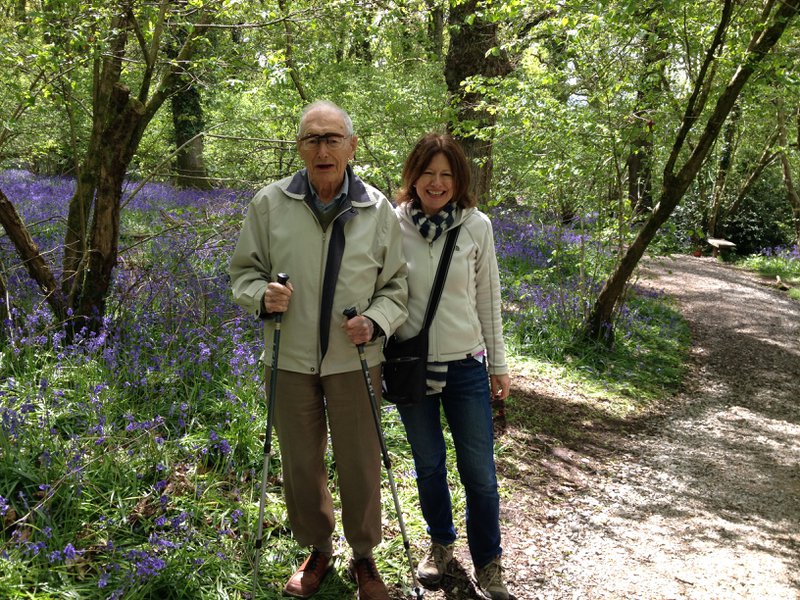 Thank you to everyone who shared our celebration of Frank's life this week.

In loving memory of our dear friend and neighbour Frank. Your cheery smile and ready laughter will be sorely missed. RIP Frank.

Offline donation: Ron Harryman - 'In celebration of the privilege of knowing Frank and with happy memories of our meetings and conversations, particularly in later years. A very special individual who was admired and respected by all his colleagues' donated in memory of Frank

In memory of happy hours of piano duets and lively discussions! 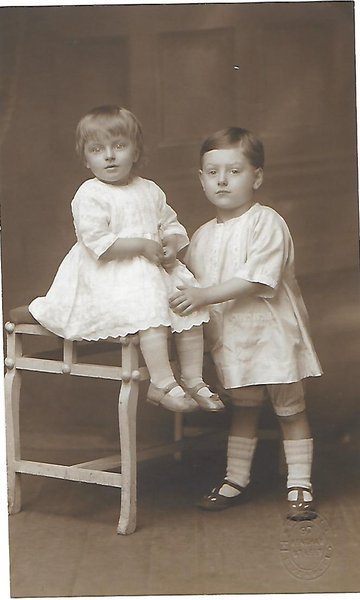 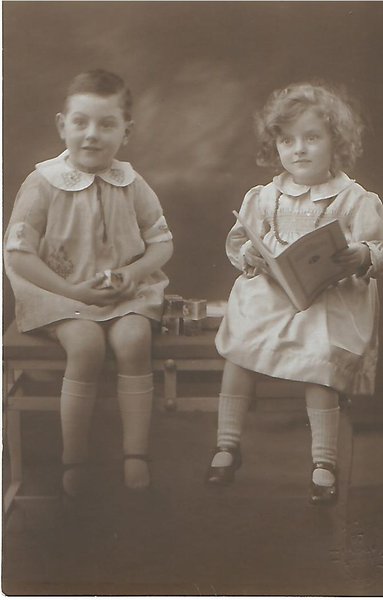 Frank and mabel circa 1930 in a posed studio portrait

In celebration of the privilege of knowing Frank and wonderful memories of our meetings and conversations.

With very many fond memories

Frank was an outstanding engineer who was recruited from Liverpool University by CP Snow to serve on Solly Zuckerman's scientific advisory group to the British Government in WWII.

But my acquaintance with him was through the Wessex Branch of the International Wine and Food Society, which he co-founded in 1984. He was a senior manager with Proctor and Gamble and had worked all over the world. Notably, in Brussels he had previously founded an IWFS branch with other P&G managers, so when they all retired to Dorset what could be more natural than to set up our very successful branch?

Frank had an encyclopaedic knowledge of good wines and always wanted to try new and exciting dishes. He would not hold back if he thought they were not up to scratch. He was forthright to a T in his views on British society and was truly apolitical, but at heart he was as patriotic as any Scouser.

He will be sadly missed as a colleague and great friend.

Clare and Geoff James donated £10 in memory of Frank

Thoughts are with Frank's family at this time. Fond memories of a cheerful, friendly person, who will be missed at IWFS meetings.

Katie and Eoin Myerscough donated £50 in memory of Frank

Katie and Eoin Myerscough is attending the funeral and the reception Frank and mabel circa 1930 in a posed studio portrait