What is a Mausoleum?

A guide to mausoleums and above ground burials 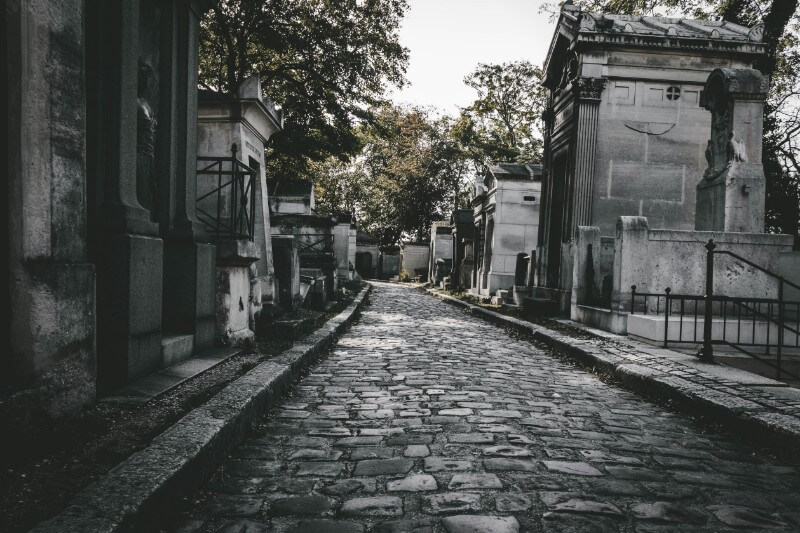 Photo by Echo Grid on Unsplash

What is a mausoleum?

A mausoleum is a tomb which has been purpose-built to lay one or more people to rest above ground, instead of buried in the earth. After a cremation funeral, ashes can be interred in above-ground vaults in a mausoleum known as a columbarium. Golders Green Crematorium in north London, one of the UK’s oldest crematoria, has a spectacular example of this type of mausoleum.

Traditionally, though, a mausoleum is built to accommodate one or more people in their coffin. A mausoleum is bigger than a vault – another kind of above-ground and burial, which is more generously proportioned and elaborate than an ordinary grave.

What is the difference between a mausoleum, burial vault and a crypt?

A mausoleum is a tomb that rests above the ground whereas a burial vault is an enclosure made of wood, brick, stone or concrete that serves as a container for the coffin when a burial takes place. The main purpose of a burial vault is to protect the casket or coffin from the weight of the earth and to act a barrier from water, insects or other natural elements.

A crypt, on the other hand, is an underground stone chamber, usually found beneath the floors of a church or cathedral, which houses a number of tombs. These were usually elaborate underground burial vaults which were owned by wealthy families who were often buried together.

A familiar sight in the garden cemeteries that were built in Victorian times, mausoleums are very often beautiful and elaborate works of architecture.

In recent years there’s been a renaissance in this type of above-ground burial chamber, to meet demand for burial space at cemeteries in urban areas, where there is little or no room for additional burial plots in the earth.

A private mausoleum is typically a building that can be accessed by the bereaved to spend time with their loved one. It may be the final resting place of a single individual or an entire family.

Smaller, public catacombs or burials chambers, are also known as mausoleums have individual niches or ledges inside them. Here, many people’s coffins may be individually laid, with their vault sealed shut when they are buried.

One of the world’s most famous and visited landmarks, the Taj Mahal, is a mausoleum, built in the 1600s for an Empress – while the Memorial Necrópole Ecumênica skyscraper in Brazil is an example of a modern high-rise mausoleum, with around 25,000 tombs, coffin niches and crypts over 32 floors.

What does mausoleum mean?

The word mausoleum comes from the Ancient Greek king Mausolus who was buried in a magnificent marble tomb at Halicarnassus, one of the Seven Wonders of the Ancient World.

From the pyramids of the Ancient Egyptians, through to the Tana Toraja people – whose loved ones are interred in cliffside tombs, above-ground – burial in a mausoleum is a funeral practice that has been carried out since before the dawn of written history.

The ancient Britons laid people to rest in barrows– turfed-over stone tombs that appear like grassy mounds in today’s landscape. Ancient-style barrows have recently been developed in Britain, with niches to accommodate modern cremation ashes.

What does the inside of a mausoleum look like?

From the Pyramids of Egypt to contemporary designed vaults, the interiors of mausoleums can vary greatly – depending on how much you have to spend.

In the UK, funerary architecture came into its own in the Victorian times, with affluent grieving families commissioning private mausoleums in public cemeteries, to reflect their station in life.

The coffins might be laid on ornate carved plinths, or inside a stone sarcophagus. The interior walls were often clad in marble, with carved images of angels, religious iconography, or statues of the person who had died.

At London’s famous Highgate cemetery, the famous Beer mausoleum is one of the landmark burial ground’s most spectacular sights. This private mausoleum cost him £5,800 to buy the site and commission the tomb, built in 1876 – that’s around £675,000 today.

At many of the UK’s Victorian necropolis cemeteries you may also find catacombs. Less exclusive and grand than an individual or family mausoleum, these public mausoleums are also purpose-built for above-ground interments.

In this type of mausoleum, families can acquire the rights for a private niche. These are usually not much larger than the coffin itself. After the coffin is laid in the niche, it is usually sealed with a stone memorial marker.

How do you buy a mausoleum or burial vault?

You can arrange an above ground burial at a number of cemeteries in the UK – or may even be able to custom build your own.

The most costly option is a private mausoleum or family vault, built to your own specification. Like any type of property development, this will require significant time and investment. You’ll need to purchase of Right of Burial deeds at your chosen cemetery location, and consult cemetery authorities, architects, masons and builders. A good funeral home should be able to help you navigate the process and paperwork.

As many inner-city cemeteries begin to run out of space, an increasing number are beginning to build public mausoleums above ground, with the burial chambers reaching several storeys high.

How much does a mausoleum cost?

The cost of a burial chamber in a modern public mausoleum in the UK can start from around £6,600, and rise up to £50,000 for a double niche, if you weren’t a local resident.

Just like buying a burial plot, you don’t purchase the cemetery ground or actual space in a mausoleum. Instead you pay for the exclusive right for your coffin to be laid to rest for a given number of years.

The price of a mausoleum can vary, depending on the cemetery you choose, the location of the vault and the placing of your coffin inside the burial chamber.

You’ll also need to factor in the cost of any memorial masonry and, if you wish to be buried with a loved one – budget for a double-sized niche and the cost of opening and resealing the mausoleum after the second funeral.

In some burial grounds around the UK, the price of a mausoleum burial can be double the cost, if you were not a local resident of the town or borough where the cemetery is located.