A guide to Jewish funeral burials, funeral traditions and customs 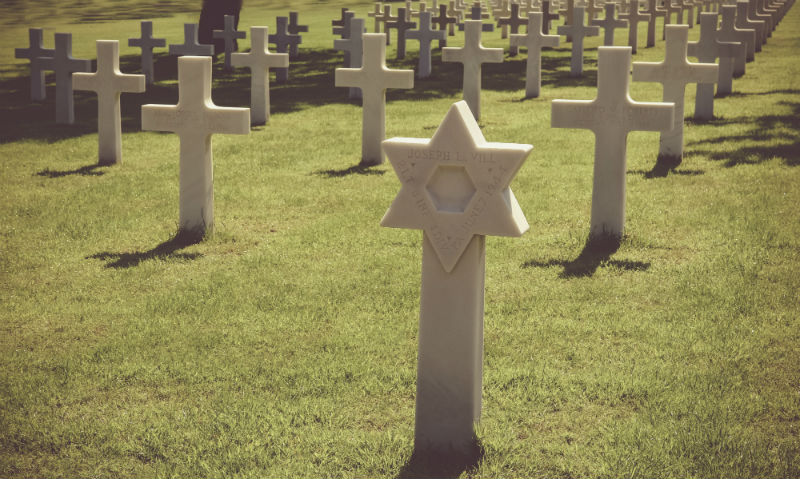 When should a Jewish funeral take place?

Traditionally, a Jewish funeral should typically take place as soon as possible - usually within 24 hours after death. However, in modern times, the funeral can be delayed for legal or practical reasons, to avoid religious holidays or to wait for the arrival of family members.

What are Jewish beliefs about death?

Although there are no explicit passages about life after death in Judaism, Jewish people believe that they are judged once they die. This judgment by God will determine whether they will be compensated and go to a higher state of being known as The World to Come.

Due to the various sects of Judaism, Jewish funeral traditions between each congregation may vary. There are four different types of Judaism: Orthodox, Conservative, Reconstructionist and Reform.

What are some Jewish burial customs?

According to Jewish funeral traditions around honouring the dead, known as k’vod hamet, the person who has died should be buried as soon as possible. However, Jewish burials may be delayed while arrangements are being made.

When it comes to cremation, the different movements of Judaism differ in their laws. For Orthodox Jews, cremation is prohibited and the body should be buried intact in the ground. Conservative Judaism also does not recognise cremation, so a rabbi may perform the funeral but forego the usual burial rights. Reform Jews, however, allow cremation, and it is becoming a very popular practice.

Organ donation and the donation of the body for medical research is commonly accepted and viewed as a good deed in Judaism.

At the same time, autopsies are forbidden, as it is considered to be a desecration of the body. Autopsies can be conducted, however, if it is legally requested, but even then a rabbi should be present during the procedure. Embalming is widely prohibited by Judaism.

What are some Jewish funeral traditions and rites?

Immediately after death, the Dayan Ha’Emet prayer is recited and a shomer, or guardian, is assigned to tend to the body from the moment of death until burial. This person can be a family member, a member of the synagogue, a mourning friend or a member of the chevra kadisha – a Jewish sacred burial society. It is not uncommon to have more than one shomer on alternating shifts, despite the short time between death and burial.

The loved one is then washed and purified by members of the chevra kadisha who are of the same sex as the person who has passed. The chevra kadisha then dry the body and dress it in a plain white shroud of linen or muslin. If the loved one is male, he may also be buried in a religious skullcap, called a kippah or yarmulke, and a prayer shawl, called a tallit or tallis.

A Jewish coffin is usually quite simple and is known as an aron, which is made of pine and is metal-free so it is completely biodegradable. Once placed in the coffin, the body will not be seen.

One Jewish funeral custom that may be observed is of the mourners ripping off pieces of material from their own clothes. This ritual is a demonstration of their grief, with the visibly torn garment traditionally being worn for the week following the death.

What happens at a Jewish funeral service?

A Jewish funeral can take place at a synagogue, a funeral home or a gravesite and will usually last between 15 to 60 minutes.

Mourners can expect a Jewish funeral service to start with a eulogy read by the rabbi, leading to various prayers, psalms and hymns. When the funeral service is finished, the mourners should follow the hearse to the place of burial.

Once at the burial site, the rabbi will lead mourners in the recitation of a hymn. Any fraternal, military or civil rights requested by the family will take place here. After the coffin has been lowered into the ground, members of the bereaved family, and occasionally some other guests, will pour a handful of earth onto the coffin.

Typically, the mourners are lined up in two rows, with the line closest to the grave filled with family members so they can leave first.

What happens after a Jewish funeral?

Following the Jewish burial, a reception is usually hosted at the synagogue or at the bereaved family’s home, where a consolation meal is prepared by friends or members of the congregation.

Shiva, meaning seven, refers to the first period of mourning that takes place in the seven days that follow a Jewish funeral. On the first day, a candle is lit and left to burn throughout the week. The bereaved family will stay at home during this time to mourn and pray. Although the family will not work or participate in their everyday activities, guests are welcome to visit while the family is sitting shiva.

If you are close to the bereaved family, or wish to offer your support, it may be appropriate to visit the family home during Jewish shiva. Usually visiting times are announced during the funeral or after the burial.

The second mourning period lasts for 30 days after the funeral. This is known as shloshim, meaning thirty. During this time, the family will go back to their normal routines but will still recite prayers and hymns daily. The duration of this mourning may extend for longer than 30 days, especially when mourning the death of a parent, which could last for up to a year.

An annual memorial occurs on the anniversary of the death. This occasion involves the burning of a candle for 24 hours, and hymns and prayers recited the bereaved.

Judaism also has religious days of remembrance. One is the holiday of atonement, known as Yom Kipur, and the other is on the Shemini Atzeret holiday at Passover. In both cases mourners will attend their synagogue in remembrance of their loved ones.

Jewish funeral services often involve prayers that end with ‘Amen’ or responsive readings, where the congregation replies in unison at certain points. If you are not Jewish you are still welcome to respond to prayers and readings in this manner, but equally it is acceptable for you to remain silent.

One very important thing to note is that traditionally Jewish people do not send flowers to funerals. Instead guests are encouraged to give donations, or tzedakah, as a tribute to the deceased. Often the family will suggest an appropriate charity.

What to wear to a Jewish funeral

Mourners are generally expected to be formally and modestly dressed for a Jewish funeral. A suit and tie in dark subdued colours is appropriate for men, and a smart dress and jacket for women, or something similar.

Depending on the branch of Judaism, men may be asked to cover their heads. If a number of non-Jewish mourners are expected, there may be a basket of kippahs (skullcaps) being handed out upon entering the synagogue for the Jewish funeral service.

Find out more information about other religious funerals.