In loving memory of Linda Blanche Butcher who sadly passed away on 9th November 2021.

Born a "Wiltshire Moonraker" in Bradford-on-Avon, her mum (Ida) having been evacuated there from war torn London. Her early years were spent in Liverpool, where her Dad was working on the warships. The family subsequently returned to London, living in Peckham and then Kidbrook/Blackheath ;-). During a family holiday to Hopton-on-Sea, she met George and after 4 years of courting, they were married alongside Tonya (Mum's sister) and Brian. Mark and Karl arrived in the sixties, and after 14 years living on the steep slopes of Shooters Hill, they moved to Mottingham, to be their home until this day. Grandsons Alex, Daniel, Geran and Jacob arrived from 1989 onwards being cherished by their Nanny. Linda took early retirement to spend more time with George and they enjoyed exploring the UK and Europe, including many holidays with sisters Tonya, Susan and Trixie, plus their husbands Brian, Ernie and Laurie. Things became difficult for Mum with the onset of Arthritis and Osteoporosis, but she was a fighter and consumed many cakes, trifles, etc. to keep her strength up. 2021 was a very significant year, with Mum reaching 80, Dad 90 and then their 60th Wedding Anniversary, receiving a card from the Queen.

The funeral will be at Eltham Crematorium at 2:30pm on Friday, December 10th, followed by a reception at the Royal Blackheath Golf Club, Court Road, Eltham, London SE9 5AF from approximately 3:30pm onwards.

If you would like to send flowers, please have them sent to: F A Albin & Sons, 54 Mottingham Rd, London SE9 4QR, to arrive on December 10th, no later than 1:00pm. Alternatively, if you'd prefer, we are looking to support London's Air Ambulance, a charity that Mum and Dad have supported for many years, for which there us a Just Giving link above.

Please let us know if you're able to come or not by clicking on the Attend Funeral button below.

To a lovely sister in law, who will be sadly missed but never forgotten.
Alan and Marian xx

Marian Nyman is attending the funeral 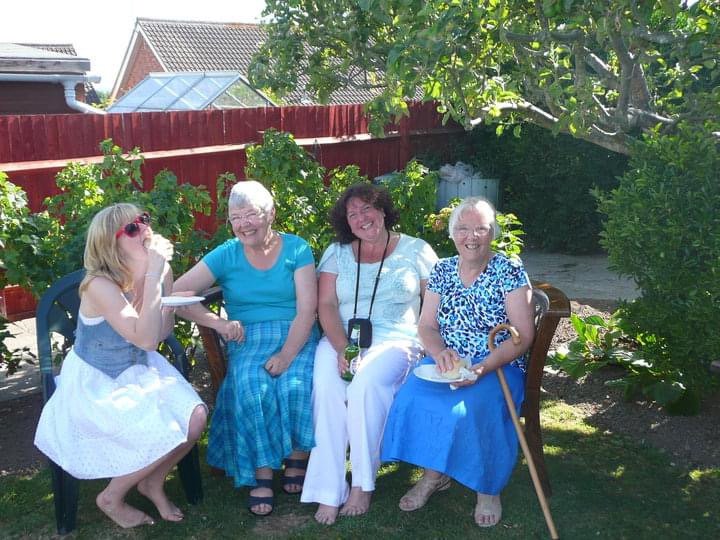 When loved ones have to part to help us feel we are still with them our memories build a special bridge that with time bring us peace. All my love to family and friends Linda xx

We will miss you so much.xx

A very dear sister in law always ready to listen, I will miss you so much Lin.