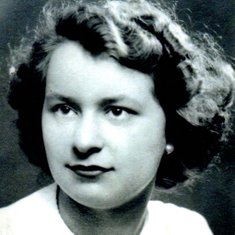 In loving memory of Joyce Starling who died peacefully in the early hours of 28th October, surrounded by the love of her children and grandchildren.

Joyce was born in Woodbridge Suffolk in 1931. She was the much-loved daughter of John and Ada Thompson and sister to Reg. She remained in Woodbridge until 1952 when she married Geoff Starling. They moved to Leeds and then Cambridge where she had four children: John, Jenny, Andrew and Peter.

In 1967 Joyce and Geoff moved to Knebworth, Hertfordshire and settled there until the early 1990s. During this period of her life, Joyce was an active member of the Mothers Union. She became the leader of her local branch and worked within the diocese of St. Albans. She was also passionately involved in the Children’s Society for whom she and her committee regularly fund raised.

Eventually, Joyce and Geoff took an early retirement and moved back to Suffolk in 1993. They lived in Grundisburgh where Joyce again became involved with the Mothers Union, both at a local and a national level. She became the Diocesan President for St Edmundsbury and Ipswich. She greatly enjoyed this role. As well as being very active in her own diocese, Joyce travelled to Kenya and The Windward Isles to support the MU in these countries. Joyce was a regular guest on Suffolk Radio where she eloquently advocated the cause of the Mother’s Union; a cause that was so close to her heart.

In 2007 Joyce and Geoff moved to Saltdean in Sussex to be nearer their son Andy. Geoff developed dementia and died in 2014. A few years later, Joyce sadly also developed dementia and in 2020 she moved to a care home in Devizes, Wiltshire where she could be close to her son John. Happily, she was able to celebrate her 90th birthday in September with all her devoted family around her.
Joyce had a wonderful, long and fulfilling life. She was greatly loved by her many friends and family who will miss her terribly.

In memory of Joyce

Donations from Memorial Service in Knebworth

With fond memories of Joyce

Message from Joyce Bishop
In memory of a dear friend, with love 'The Other Joyce'.

A beautiful service to the memory of dear Joyce. She would have been very proud.
I was pleased to be able to represent Mum.
Hazel.

Always with a smile, always with kind and encouraging words and always a conversation ending in "God Bless dear". These are memories I shall fondly recall of a dear, valued and much missed friend, Joyce.

Fond memories from the Barclays days.

In memory of 'Auntie' Joyce. A close friend of my parents since 1950

My parents, Tom and Betty, enjoyed such happy times with Joyce and Geoff over many years, especially caravanning and walking. Joyce was a wonderful friend to my mum from their Knebworth years … so sad to think those days are gone. But theirs were all lives well-lived, with huge hearts full of compassion and commitment to others - and that lives on. Rest in peace, lovely Joyce.

Thank you for your friendship and guidance x

Fond memories of a totally devoted Godmother. So sad that I won't be able to attend the funeral but Joyce and her family will be firmly in my thoughts. 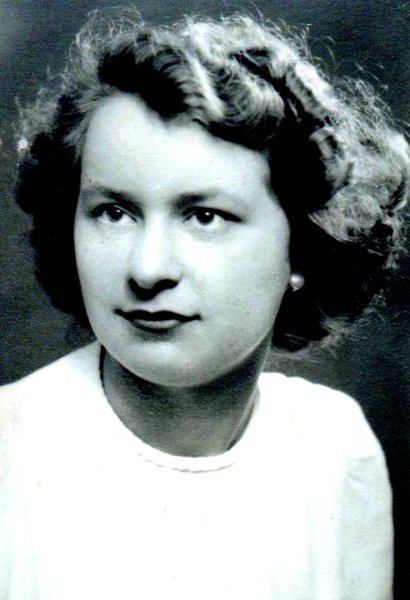