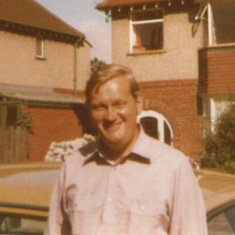 In loving memory of Colin Dufton who sadly passed away on 6th February 2021, aged 87 years. He will be sadly missed by all of his family and friends.

On the 2nd April 1933 Colin was born, the second son to Jane and Cyril Dufton in Pudsey.
He married the only girl in the world on the 4th April 1953 in Farsley.
Colin and Doreen were married for nearly 68 years when he died on 6th February 2021.
He loved Cricket and Rugby League, Football, Snooker and Beer.
He loved his wife, his children and grandchildren and by now has 2 great grandchildren.
His life started in Lumby Lane with Brian, Marlene and Mary and he attended Greenside and Pudsey Grammar School.
He trained to be a Metallurgist, and became a skilled Foundryman. He served his time in the RAF in the North East and Wiltshire.
He spent many hours watching Cricket, especially Yorkshire and most especially Pudsey St Lawrence Cricket Club. It was said that he moved house to be near the Ground.
He was respectful of others and well respected by everyone, a charismatic gentleman, at home, at work and at play. He always had a joke to finish with. Even strangers were treated to his latest story. He never left anyone in any doubt about his opinion.
He lived with Doreen, Lindsay and Adrian in Pudsey until his career drew him to Lichfield and later to Alrewas. Although he left Yorkshire, Yorkshire never left him, and he was always proud of his heritage. He affectionately named his house “Fourth Riding”.
He stayed in the Iron and Steel Industry all his working life, until cancer took a grip in his early 50s.
He was nursed back to health, but with a limited life expectancy, and he repeatedly defied the medical odds and nearly made it to 88 years old.
Doreen developed dementia and after a stroke, moved into care in Burton. Colin, doggedly determined to maintain independence, stayed at home, visiting Doreen every day
Lockdown brought isolation and as his mobility worsened, so did his general health.
His only ambition was to be with his wife and on the 19thJanuary he moved into the same Care Home. They shared time together before he died.
In Loving Memory
Adrian, Lindsay and Vicky
Nathan, Ben and Sarah, Sam and Polly
Archie and Erin
We’ll take it from here, Dad

Due to the current Covid-19 restrictions, mourners at this Crematorium are limited to 27. Those mourners will be contacted directly by the immediate family.

Colin was a true Yorkshireman with a great sense of humour and many stories to share.

Thoughts and prayers tonight for a much loved brother and brother-in-law who will be greatly missed. Rest in Peace Colin 🙏🏻 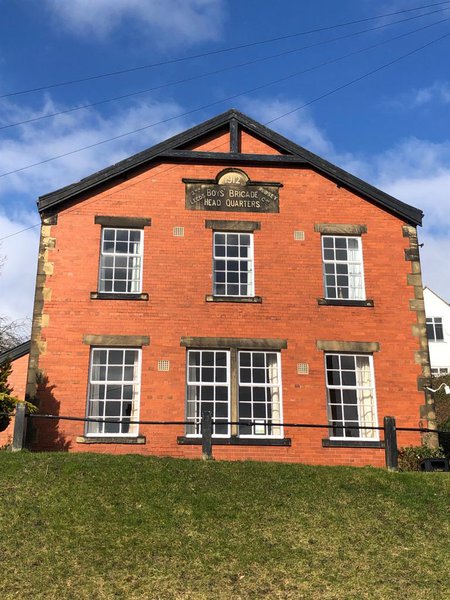 You’d start the evening knowing exactly where you stand on a topic, then meander upon a journey of perspectives, expertly and patiently described, to arrive at a whole new place of opinion that is so very clear and obvious. Then a brief interlude to top up and moisten the lips - let those new thoughts sink in a little. The journey back is even less direct, a few distractions of great interest and humour, and then somehow everything connects as you find yourself back where you started - only now you know you’re feeling happier and more educated, than when you began. Thank you Colin.

In loving memory of a dear Uncle

I first met Colin in the early 70s when he taught me to sell industrial consumables.

He was a real professional with a personality that made it difficult to disagree with his opinion that using his products really would be in your best interest!

We had many happy times together since, right up until just before the pandemic struck.

From the Thompson family

Colin, our dear friend - a man of great presence. So glad that from our friendship, you and Doreen came to know my family so well. We have many lovely memories of times with you both. Lisa and Dave particularly admired your humour, courage, positivity and jokes!
Rest in peace Colin. Julie, Glyn, Lisa & Dave Thompson

In loving memory of my dear Uncle Colin.

He was a wonderful family man and will be sadly missed.

I will always remember his smiling face and great sense of humour.

He left Pudsey many years ago but I was always being asked about him by his old friends. He was so well liked and admired by many.

I’m so comforted knowing that he spent his final days with his adored wife Auntie Doreen.

Rest in peace Uncle Colin you will never be forgotten xx

I was saddened to hear of the news of my Godfather Colin's passing, the last time I spoke to him whilst obviously not great, he still managed to make me laugh.

Being a childhood friend of my father, Cyril Ackroyd, my brother Neil and myself have years of memories of Colin's stories and the bantering between Colin and Dad, Doreen and Barbara (my Mum) Whenever we all got together it was always entertaining and full of laughter. He will always be remembered with a smile.

Very sad to hear of Colin's passing. He was a mentor to me through the years 1972 - 1974. I was new to Foseco International and he was the 'expert' at Iron Foundry Metallurgy at Tamworth. He took me under his wing. It was a great start! It helped that I was from Gildersome and my Mom's family from Pudsey and Farsley. I'm 5000 miles from Yorkshire these days but will always remember my time with Colin. A plain speaking Yorkshireman. A great man.

So sad to hear of Colins passing. He was a great boss to me and taught me a lot. Another one of the good guys gone alas. I have lots of fond memories mostly revolve around either cricket and /or beer, to many to list.

I am saddened to hear of the upsetting news of my dear Brother in Law Colin.

I have known Colin for 60 years. Many happy memories and stories to recall from being young together living in Pudsey. Adrian aged 5 was a page boy at my wedding to Doreen's brother Michael.
From family Christmases and children growing up to health battles fought with confidence and determination.
Whenever present in Colin's company there were always smiles and laughter at his wicked sense of humour and the tales he told.
A lifetime has gone by with lots to recall. I will now miss and always value the very welcome catch up chats we had always keeping me up to date on the boys and so caring to hear of his niece Helen and her son Robert. Something to cheer us amidst our aches and pains.

God Bless Colin and thoughts and prayers to my nephews Lindsay and Adrian and their families.
Andrea x

So sad to hear the news of a very treasured Uncle.

A wonderful man with such devotion to his family unquestionable.
His determination he has shown throughout his life and the pitfalls it can throw at you can only be admired. A true inspiration.

I can only give thanks that I also have such happy memories when I recall events throughout my life that involved him.

As a young girl I always remember when he and Auntie Doreen visited us in Pudsey. He always had a preference for a gin and tonic usually made by myself. We realised that I was extremely generous with the gin and less so with the tonic..... That might explain why!
As I have grown older I realise he has passed this preference on to me. Instead of a Tom Collins my gin cocktail is and has always been affectionately referred to as an Uncle Colin's at home.

He always had funny stories to tell and Tonto Mcgregor and the infamous Lichfield peacock always bring joy to recall.

I am so pleased that he was able to spend precious time with Auntie Doreen something I feel sure will have brought him great comfort.

I had the pleasure of seeing Uncle Colin not too long ago and will treasure that memory for very special reasons.

My heartfelt sympathy to Lindsay Adrian and families and absolutely not forgetting my much loved Auntie Doreen.
Love and prayers to you all xx

A Long term friend, advisor, drinking partner. Many hours spent looking for the best pint of Bass. many hours of debate and laughter. The Ultimate Yorkshireman. Colin will sadly missed by all his friends at Foseco, and in the foundry and steel industries. A great man well respected by all 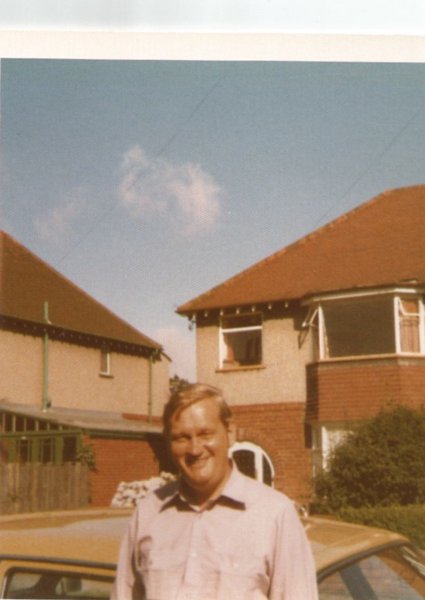 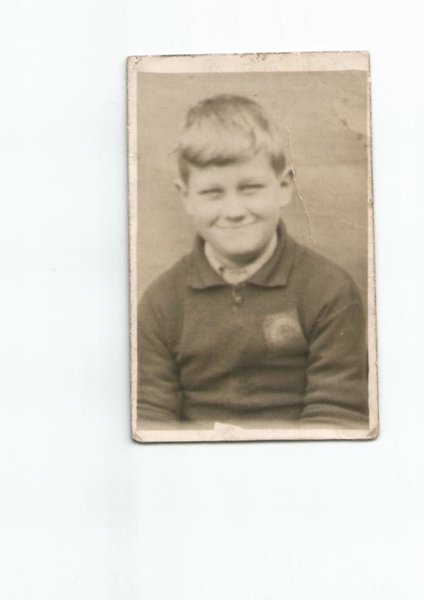 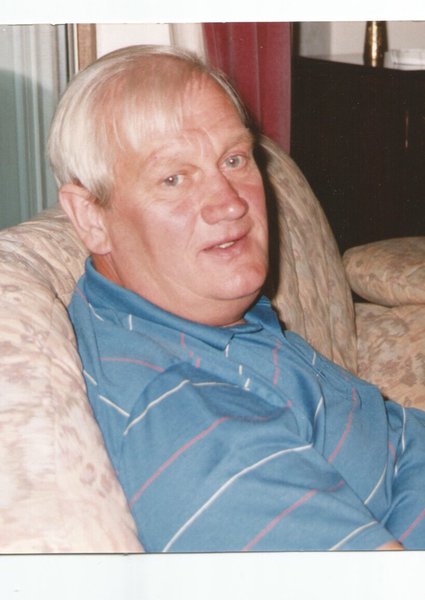 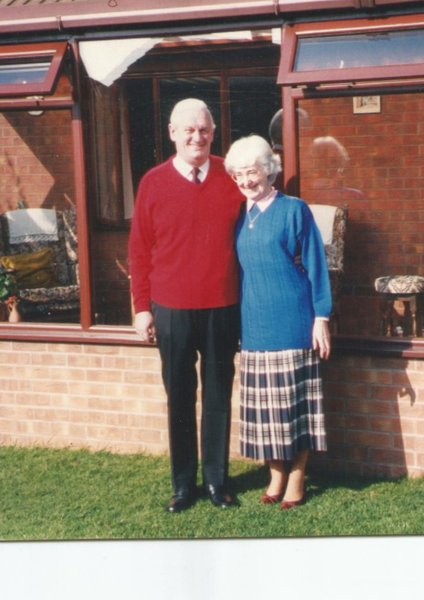 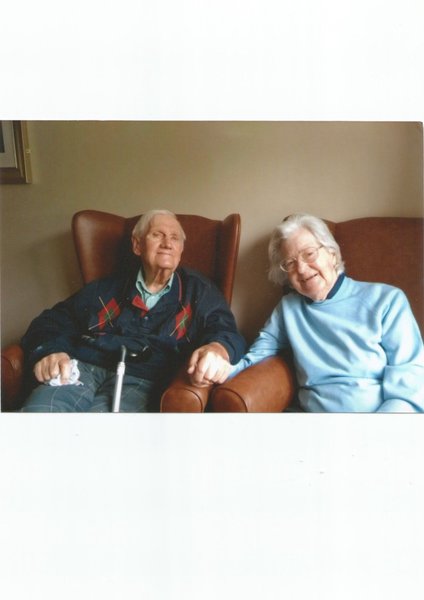