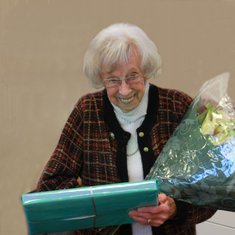 THEATRE groups are mourning the death of Sylvia Fowle who for decades created imaginative scenery for productions across the area under the name of Sylvia Rogers-Fowle.

Sylvia, who was 93, was also a talented make-up artist, working with numerous companies in Broadstone, Poole, Wimborne, Bournemouth, Christchurch and Ringwood.

Married to Geoff, she learned her skills at the Civic Theatre in Bradford.

Interviewed for a profile for the Stour and Avon Magazine in 1993, she said: “I think I was about two when I first wandered on the stage. My father taught elocution and became a producer putting on pageants.”
At the age of 16, she was apprenticed to a professional make-up artist.

“I specialised in making beards out of crepe hair,” she said at the interview. “I know that you can buy false beards from fancy dress shops, but I still prefer to make my own - they look the real thing.”
Her earlier ambitions to act were thwarted by a hearing problem, the result of a wartime bout of pneumonia, so she concentrated on make-up and scenery.

Carnival time was also busy for Sylvia as she used to be asked for creations for floats.

Diana Pearce, who worked with Sylvia on many productions said: “She was a very talented lady, and her scenery was out of this world. She will be much missed.”

Lee I'Anson, of the Broadstone Pantomime Society said: "We went to see Sylvia not so long ago in hospital and the only complaint she had was that the combination of light and her eyesight made it difficult to draw in the hospital!"

Sylvia Walpole, chairman of Wimborne Musical Theatre, supplied this photo of Sylvia taken at a presentation at her retirement last year.

“We installed a commemorative plaque at the Tivoli on the back screen behind seat number N12 which unfortunately Sylvia was never able to get to the Theatre to see.”

Reproduced by kind permission of

Sylvia was an inspirational lady and she will be very much missed by everyone in local theatre production companies where she plied her trade, and we are all so very grateful to her for her talents. 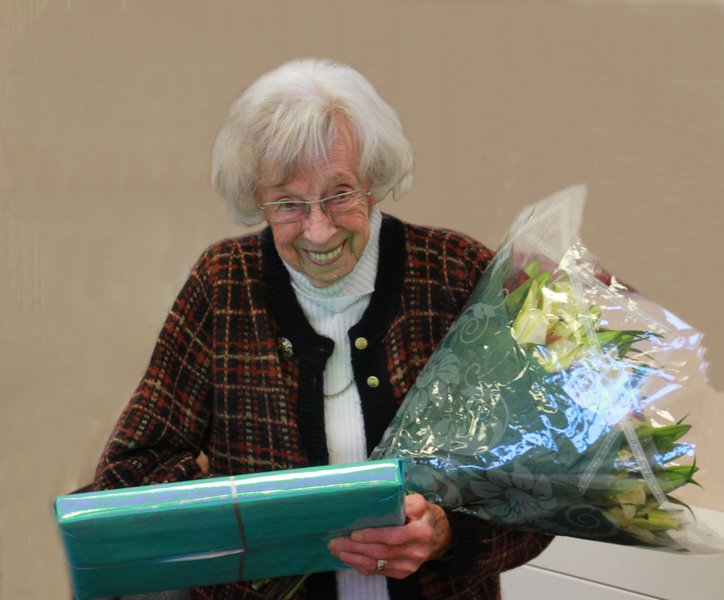