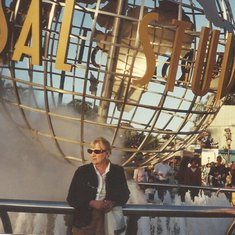 Donate in memory of
EvelynNSPCC

Evelyn was born in December 1934 in Westborough, Dewsbury. She was Evelyn Stead in those days; her mum was Florence and dad was Lewis (actually, he was born with the French spelling - ‘Louis’ - but this was Yorkshire, so he changed it). Evelyn had an older sister, Doreen, and a younger brother, Edward.

She attended Wheelwright Grammar School for Girls and was good at English and terrible at maths – a family tradition that has been proudly kept to this day.

Evelyn wanted to be a hairdresser but it is typical of the times she lived in - and a reflection of the family economics - that her mum and dad steered her towards learning typing and securing an office job at a property company because it paid an extra shilling a week.

She also worked as an assistant at Westborough chemist’s, which she remembered with more fondness than her time in the property office, which was run by an old school tyrant… and that’s when old school really was old school. Despite her thwarted ambition, she used to cut people’s hair on the side well into her 60s.

Evelyn was particularly talented at sewing and design - and used these skills in her role as a textiles Quality Control Inspector with Skopos Mills in Batley, where she worked until she retired.

She met her future husband - Bernard William Waters – at a Dewsbury Town Hall dance, the 1950s version of internet dating. Bernard’s family were committed Catholics and Evelyn converted to Catholicism before her marriage. Bernard took joint possession of Evelyn’s dog, a border collie called Mike. Evelyn maintained her love of dogs all her life, along with a wider love of nature and the great outdoors.

They married at this church - St Joseph's - in October 1960 on what was Dewsbury’s last known hot October day. Joanne was born in 1962 and Nicholas in 1967. Both rejected their given names and are generally known as Jo and Nick.

Money was always tight. Bernard trained as a painter and decorator, but wanted to be a social worker. He was a volunteer with St Joseph’s Youth Club and, later, managed St John Fisher’s old boys football team. He had a natural rapport with kids. He went to Huddersfield Poly in his 40s to retrain in social work. Evelyn supported him all the way and was the sole family breadwinner during Bernard’s studies.

Evelyn’s faith was important to her and it helped her through some tough times – that and playing Stevie Wonder records at full blast. Particularly challenging was her separation from Bernard and the loss of the family home immediately afterwards. It was an incredibly difficult time for Evelyn and it is to her credit that she battled on and found the family a new place to live in Shaw Cross, while being newly separated. Evelyn later moved to North View Terrace, just over the wall from here, and then to Fletchers Homes at the top of Dewsbury Park.

Family was everything to Evelyn. She was a fantastic nana to Jem – Nick and Karen’s son – who was born in 2003 and is now, unbelievably, 17. She spent a lot of time with Jem as he grew up. She always said that they were good pals more than anything. She was never happier than when the family was gathered around having a meal together or, in the case of Jem’s birthday last June, attempting to erect a tent in the garden. It is entirely typical that she was out there, lending a hand and getting stuck in with tent poles and ropes.

Characteristics which defined Evelyn: she was straight-talking and never went with the herd. She had opinions and wasn’t afraid to speak her mind. Marie Disken recently reminded me that she managed to get herself sent off from the touchline during one of Dad’s football matches – doubtless for expressing her opinions to the ref!!

She had a wry, dry sense of humour, a good heart, and was young at heart. She was independent and thought nothing of travelling around the county and getting maximum use from her bus pass.

Her sense of style could be witnessed in the family home in Brunswick Street, notable for having a lime green piano and bright pink wallpaper, when magnolia emulsion was the norm. Her eye for a bargain is well known – she was one of those people who could go into Oxfam and come out 10 minutes later with a Prada coat. Her jam roly-poly and trifles were legendary. Her wide-ranging interests ranged from collecting antiques to American jazz music. She was widely read on subjects as diverse as Robin Hood and the holocaust. She was a member of the Woodland Trust and a generous supporter of many charities including causes for kids, Africa and animals.

She caught the travel bug late in life. Her family holidays as a child were traditionally taken in Cleethorpes and Bridlington, followed by Family Group camping trips when she married. Katherine Disken reminded me recently that ours was the only family on those trips that had a carpet in their tent! Evelyn…always the homemaker...

After the divorce, she went as far afield as Canada and the US; Italy and Switzerland. We called them ‘trips off’. One of the most memorable trips was Universal Studios in LA – which is where Evelyn is in the photo above. We went on every ride, especially the scary ones.

Her one regret in life was that she never learned to drive. She always said she would have enjoyed belting down the motorway, with the CD player cranked up.

Sending love to you Jo and all the family! Claire x 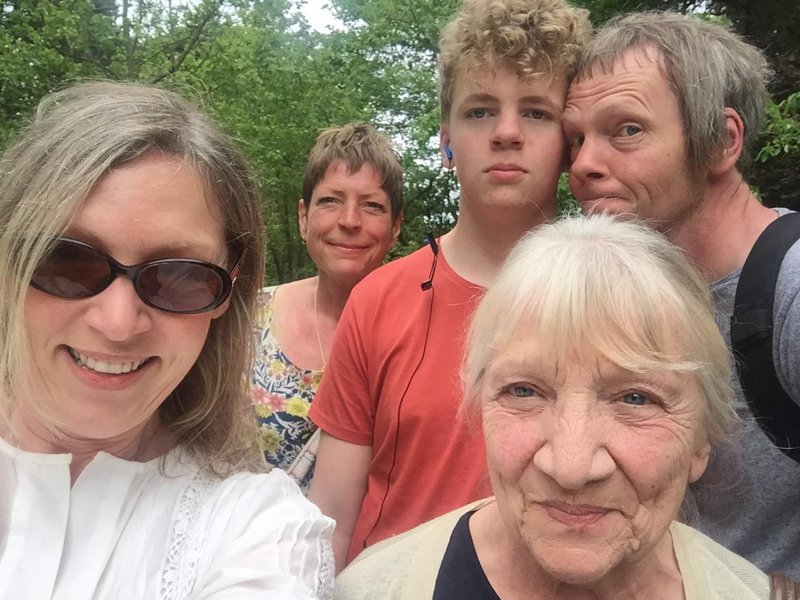 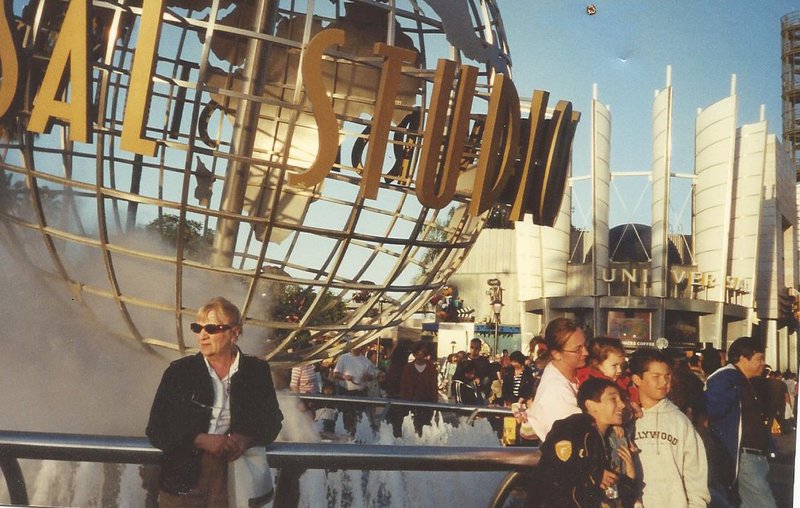