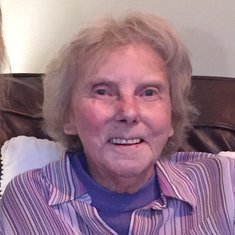 Donate in memory of
PaulineDementia UK

Donate in memory of
PaulineDogs Trust

Pauline Wendy Beauchamp was a mum, a nana, a wife, a sister an aunty and a friend. She lived a life full of joy and adventure, but also a life where she had to overcome pain and sadness.

Pauline was born on 19/12/41 to Phylis and Basil Proctor, she was a big sister to Anne and they lived on Boothferry Road in Hull. She attended Kingston High School and after leaving school she trained as a comptomotrist before starting working at Danish Bacon.

In 1963 she married Malcolm McKenzie Crum, living in Hessle before moving to South Cave, they went on to have 2 daughters Nicky and Philippa.

Pauline moved back to Hull with the girls in 1975, where she met George Raymond Beauchamp (Ray) and in 1977 they all started a new life on a small holding near Selby, growing salad vegetables until 1983, they married in 1981.

Over the following years Pauline and Ray moved houses and changed careers a number of times, always enthusiastic about the next challenge, always encouraging family to visit.

Finally, upon retirement, they moved to the Vendee in France in 2001, where they spent 13 happy years before returning to York in 2014 to be near their daughters and five grandchildren: Katy, Tom, Alice, Henry and Elias.
Pauline continued to stay in her little bungalow, her pride and joy after Ray moved into Haxby Hall, enjoying the social clubs she had become part of and her ‘jollys’ with her daughters, especially if they involved coffee and cake.

Pauline didn’t always have an easy life, but her life made her strong; despite illness, sadness and heartache she stood up and carried on, showing her family how to do the same. Yes, she complained a little but who doesn’t? She was imperfect, as we all are, but she was always there for us, behind the scenes or centre stage.

Mum, you have left us with a huge hole in our hearts and will never be forgotten.

We will remember Pauline in Vendée and all the good times together.

Pauline was a really true friend and will be sadly missed.

Losing ones Mum is always hard. May the many hours you have spent with her bring back so many happy memories.
Love Joyce, Simon, Kevin,Trevor and families.

Thinking of you all at this sad time.
Love, Auntie Joyce, Simon, Kevin Trevor and families 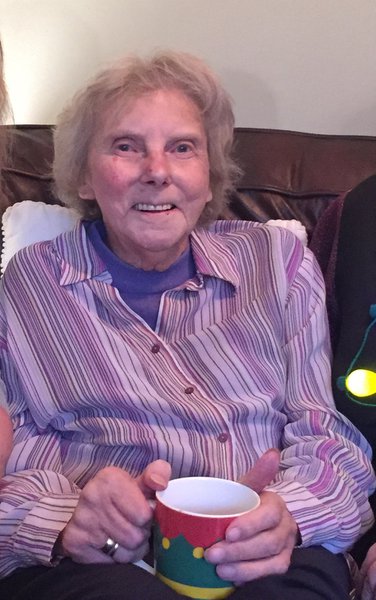