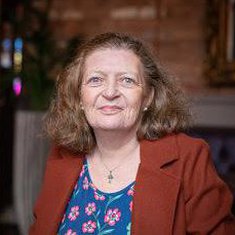 In loving memory of Anne Frances Patterson who sadly passed away on 20th May 2020 at home surrounded by her children, sisters and brother-in-law, after a short illness.

We have been amazed and comforted by the number of messages, calls, cards and letters received which have spoken of how loved and respected Anne was by them and the many ways she helped and supported others. This has been a huge comfort to the family for which we are truly grateful.

Anne had a happy childhood as part of a large Irish family, not just the Clearys, but also her extended family: the Byrnes, McGarrys, Mulleadys, Murrays and the Timons, both in Birmingham and Ireland.

Anne's Irish heritage loomed large in her childhood; she was an enthusiastic and successful Irish dancer winning 40 medals, and she had many happy family holidays in Ballaghaderreen visiting her Granny and Kilmacthomas to her Auntie Tessie; Stradbally Cove was a place she particularly loved, including spending evenings in the pub eating chocolate and crisps.

Anne was a good scholar, passing her 11+ and attending St Agnes Grammar School but like many in the 1970s, Anne decided to leave school and head directly to worklife. Anne quickly attained employment working in Lloyds Bank, Colmore Row, Birmingham, which filled her weekdays, enjoying discos, parties and fashion with her hard earned wages on the weekends and evenings. It was on one of these nights out in the Sheldon Pub where Anne met Tony, a local lad, who she married and started her much desired family – first Helen, followed by Andrew, Lorna and John. Anne happily left any potential career prospects behind to become a full-time mother - what she saw as her most important role throughout her life.

Despite having her hands full with four young children under the age of 5 and a half, Anne still found time to support Vietnamese refugees settle in to their new lives in Castle Bromwich, helping them complete paperwork and just being a friend in an unfamiliar place. Anne also tirelessly supported her parish (Mother of God, Shard End) and her children's primary school (Guardian Angels) by being a school governor, raising funds at the school and church fayres with her stall selling her popular McNabbs vanilla ice-cream in wafers for 10p. Anne was also a staunch supporter of The Society for the Protection of Unborn Children and regularly organised collections to aid their cause. These are just a couple of examples of Anne's compassionate and caring nature.

Although gifted with intelligence, quick wit and a vibrant personality, Anne's life was blighted by poor health; as a child developing osteomyelitis in her leg and being seriously ill in hospital for some weeks. At the too young age of 29, Anne became run down and started acting out of character. Some may have contributed this towards the challenges and stresses of looking after such a brood of young children, but unfortunately this led to a diagnosis of bipolar disorder, resulting in hospitalization and forced separation from her beloved children. This affected Anne deeply and she would always carry the guilt of "abandoning" her children, something which couldn't be further from the truth.

It may seem that Anne lived a very simple life; as long as she had her fags and her phone to be ringing us, she seemed content, but there were many things that held much importance to Anne:

Family: her parents - Frank and Josie, her sisters - Teresa and Marie, her four children and nine grandchildren - Nadine, Megan, Ben, Cayden, Noah, Bobby, Franky, Georgie and Blake; her nephew - Henry and her brother-in-laws - Andrew and Michael. Also very close to heart were her loyal circle of friends, as well as the support workers, CPNs and professionals who helped and befriended her over the years.

Music: this played a huge part in Anne's life, there weren't many occasions where Heart FM or her eclectic mix of records/tapes/CDs weren't being played (her favourite Michael Jackson, Thriller), 1970s disco, Jesus Christ Superstar (which she knew all the words to), Madonna, Stevie Wonder, Neneh Cherry and even loving her kids' range of music - Prodigy - Fire, 50 Cent - In Da Club, - Chaka Demus & Pliers - Tease Me, DMX : )

Her faith: she was a strong Catholic, and her faith sustained her during her life. Even after her diagnosis in February, Mom still said "God is good".

And not to be forgotten, Peggy, or to give her her full name, Princess Peggy Cleary (now Colhoun), her cat and beloved companion for the last two years.

To sum up Anne, the key element is love: the love of her family – her parents, sisters, children, grandchildren, nephew, brother-in-laws and, although she never met her, her soon to be born great granddaughter, Mei, and this was a love reciprocated. The care given to her by Helen, Lorna, Andrew and John, Teresa and Marie enabled Anne to die with dignity in her own home, surrounded by those who loved her, as she had wished.

Anne will be sorely missed but her memory will be in our hearts forever.

My mom, what am I going to do without you?

You were my biggest fan and never failed to tell me how much you loved me and were proud of me. Thank you.

The stoicism and mightiness you displayed despite your ill-health is in short unbelievably brave and beyond admirable. I am a better person for having you as a mom and I will strive to be as strong, kind, thoughtful and caring as you.

I love and miss you so, so such and hope I continue to make you proud.

Donation from the Murray, Maher and Healy family in memory of Anne.

Donation from the Murray, Maher and Healy family in memory of Anne.

In memory of Anne- may she rest in peace

In memory of Anne from the Wills family

In memory of Anne from Rose and the Race family

Dear Anne, I have so many fond childhood memories of the time we spent together, I will never forget them. Rest in Peace.

Anne was an amazing neighbour. I could knock her door any time and she was always more than happy to help. A genuine lady who was so kind and thoughtful. Nothing was too much trouble. My children also remembered Anne in the same way, making reference to running up the stairs to play with Megan and Nadine when they were there.... good times back then ! Heartbreaking news though for the family and Anne. You are all in my thoughts. Sending you all love 💕 at this very sad time xx

May you be laid to rest today anne, and rest in peace , I loved you so much , you was so kind hearted , hilariously funny 😂, oh the laffs we had when I was growing up , I used to love coming to your flat with Lorna , singing , dancing 💃, you had your struggles but you lived your life for your children and I know how much you adored them and they adored you . I remember when you baptised me in the kitchen in musborough , GOD bless you Emma. Love you Emma love you Lorna . We used to say love you Annie , and when me Becky and Lorna We’re doing the limbo rock in your flat and we smashed your lampshade with the broom 😳😳😳🤣🤣🤣. I used to always pinch a superking off you . And the funniest time was that song you sang your history , but we meant Micheal Jackson , me and Lorna had tears rolling down our eyes crying with laffter il always remember that moment . Anne your so gonna be missed I’m gutted I never got to say goodbye , but I know me and Becky have plans in the near future to meet up with Lorna and raise a glass in your memory . I promise you I will check in on your babbies Love you always anne Emma xxxxxx

Deeply saddened to hear of Anne's Death. We were neighbours for 16 years. I knew no-one when I moved to Castle Bromwich and Anne was my first friend. She was so kind and we very soon became good friends. She trusted me to look after her Babies when she had a night out with Tony, in fact we babysat for each other. My memories of Anne are her wonderful smile, her laugh and sense of humour. She never said a bad word against anyone, had the strongest Faith of anyone I have ever known, was always happy and the image of her pushing the large coach built pram with a baby inside and a toddler on the seat across it. Although we lost touch over the years when I moved away I always remembered her with great fondness and always will. Rest in Peace Anne in the arms of your God. Erica, David and family xxxx

Oh Anne, you were the most beautiful human I ever had the pleasure to meet, I love you so very much, I always left your flat either smiling or laughing, you deserve peace more than anyone in this world. sleep tight Anne Patterson xxxx

Anne, you will be greatly missed by many but especially your family.
They have done you proud with such a lovely tribute.

You never failed to make me laugh with the stories Lorna use to tell me. You were a beautiful, funny lady. Don't you worry yourself about Lorna, I will look after her and I will keep her fed with egg sandwiches!!
Fly high.
Rest In Peace Anne, much love Tanya xx

My dear Anne, you will be missed so much and the world is definitley a less brighter place without you. But I will cherish every memory of you and celebrate in the fact that you were loved by so many. You will always be remembered for what you valued most , family and friendship. Tha k you for not only being family but my friend x

Beautiful words and lovely tribute. Thank you Anne for being an amazing friend to my mom, she loved her dearly. We all had an upbringing with memories that can never be taken away - that walk to and from Guardian Angels would sometimes last forever!! Squeezing ten of us into moms mini for the school run, building dens wherever possible and being allowed to ‘stay out till dark’ was just some of the highlights!!
Thinking of you all xx

Lovely words for such a wonderful person
Xxxx

Karen Such donated £20 in memory of Anne

A wonderful tribute to a beautiful friend

A beautiful tribute to a lovely friend

The McGarry’s donated in memory of Anne

In loving memory of our dear cousin Anne, may you rest in peace.

Thinking of Anne, such a beautiful soul ❤️ Always smiling, always caring and always wished the best for everyone. I’ve had the pleasure of seeing first hand how much love she had to give her family, nothing was ever too much for Nanny Anne, goodnight and god bless xx 😘 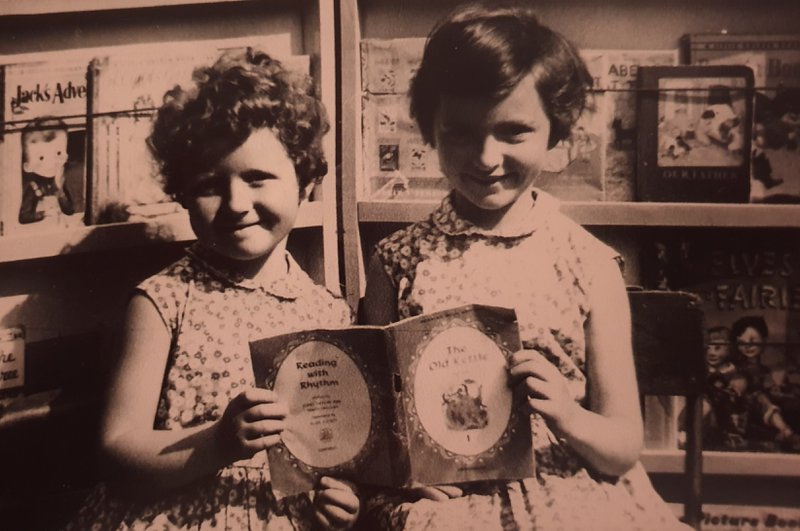 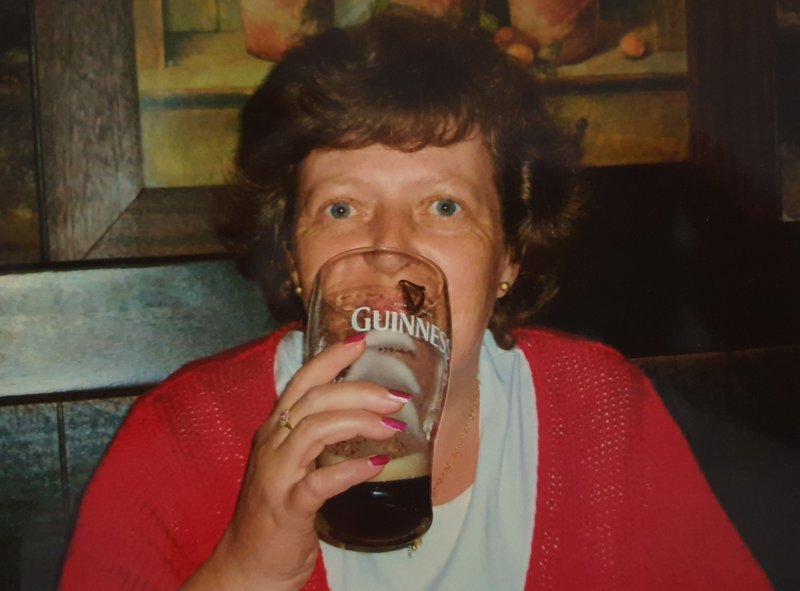 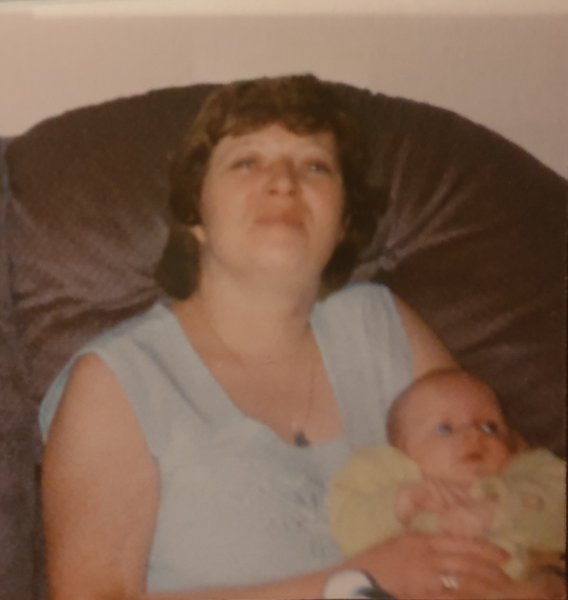 Anne was a wonderful person who will be sorely missed by her family and friends. Rest in Peace

We give them back to you, dear Lord,
Who gave them to us.
Yet as you did not lose them in giving,
so we have not lost them by their return.
For what is yours is ours always, if we are yours.
And life is eternal and love is immortal 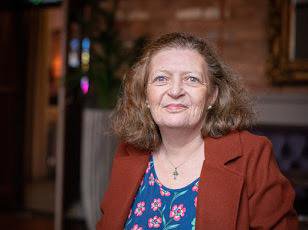 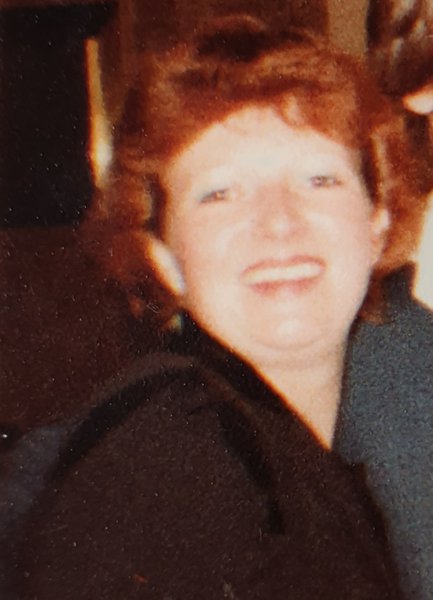 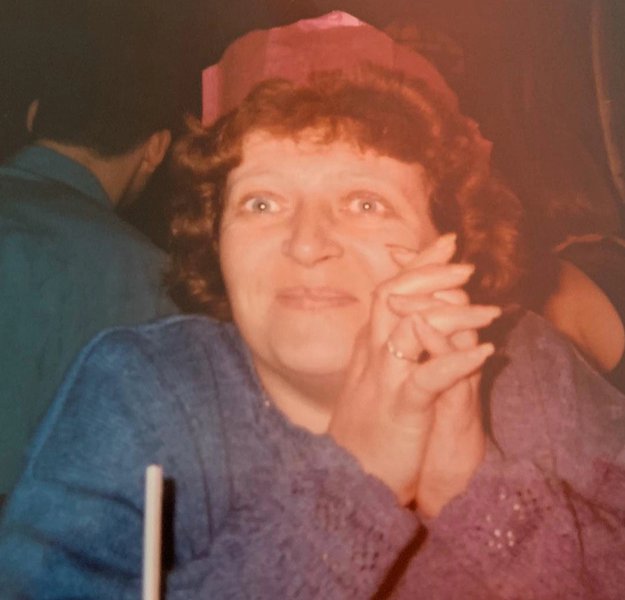 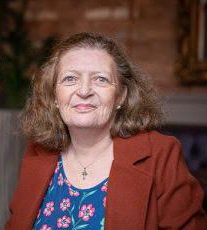 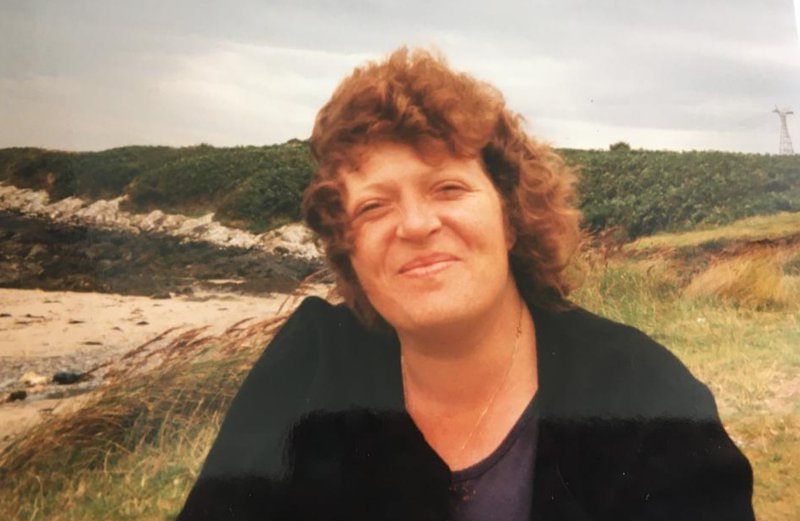 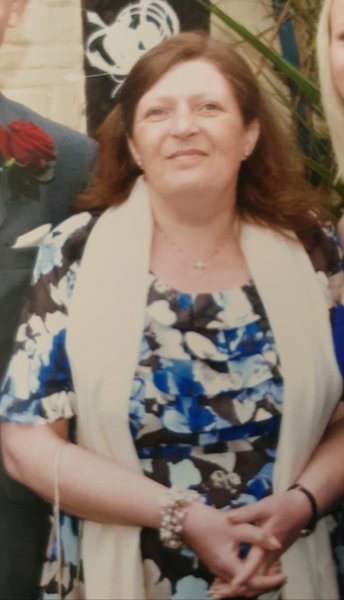 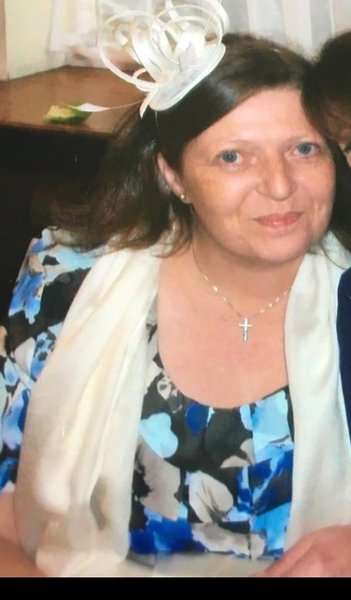 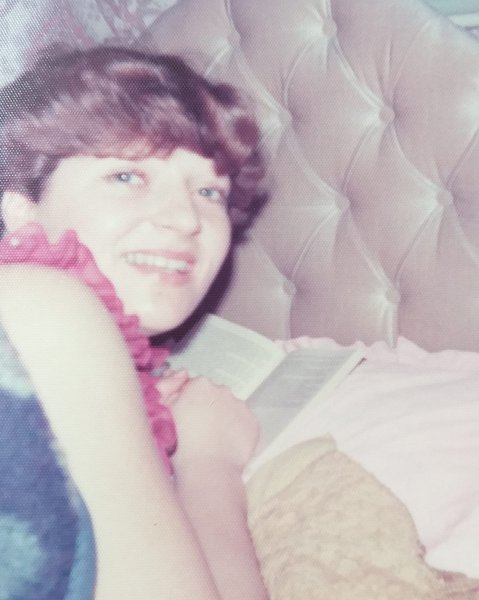 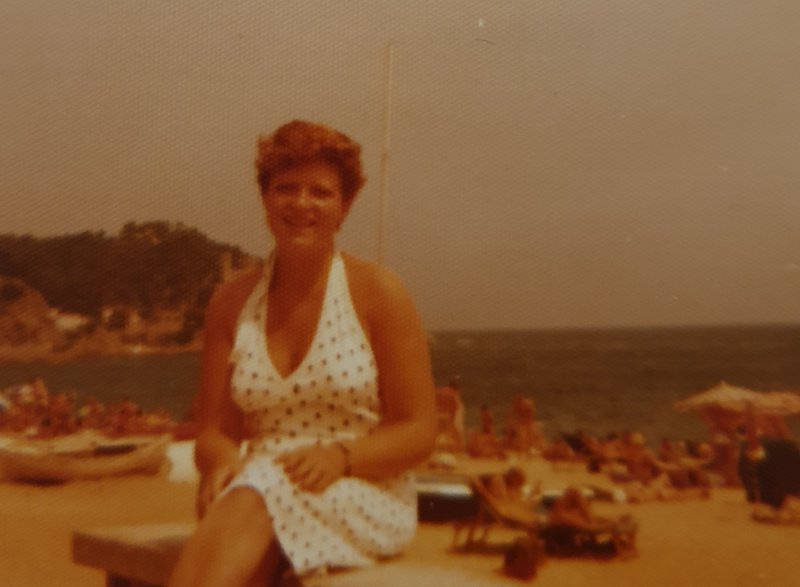