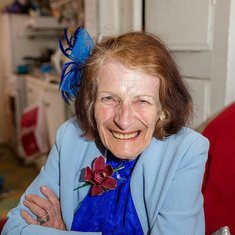 Barbara (Jean) Franks nee Gabbitas
Born 11th August 1935 at Collins Maternity Hospital
Known later as The Firs Mansfield Road Nottingham
Her mother was Doris Gabbitas and her father was Harold Frederick Gabbitas, known as Fred. Even though she was born as Barbara Jean, her mother decided she preferred the name “Jean”, so during her childhood years and after she became known as Jean.

At the time of Jean’s birth they were living at Park Road, Lenton . She was the elder sister of Alan and Maureen and they kept in touch and stayed friends through all of Jean’s life.
In her early years she was a pupil at Player Infant School, Crane infants and later at The William Crane School where she was a prefect and bank monitor. She excelled in Maths, Science, History, and was good at music. She always had a sharp mind and memory.

She later met her husband Reg when they were both working at Woolworths Bulwell circa 1959/60 and at the time she was living with her parents at Birchover Road Bilborough.
They were married on the 3rd of March 1962 and lived for a time at Maud Street, Basford before moving to Oakenhall Avenue, Hucknall where they lived there for 10 years before moving to their current house at Portland Road, Hucknall in 1980. After marrying Reg, Jean became very good friends with her mother in law, Frances.
Over the years Jean and Reg had 4 children – Linda, David, Julie and Steven she also had a daughter in law Pat and son in law Rick. She loved her grandchildren Sarah and Jonathon. She welcomed new people into the family such as Sarah's partner Jamielee and was delighted with her great grand son Axel.

Jean enjoyed gardening, shopping, reading, walking in country parks to feed the birds, trips out to the theatre, cinema and the seaside - she liked going to Skegness and looking around the Eastgate Market. She often cooked a Sunday roast dinner which was a lovely way to spend a Sunday afternoon, chatting the hours away. She was also very fond of her cat who is a very timid and shy cat, but we are sure he loved her, because she was the only one he really trusted and he would sit with her in the evenings and sleep next to her as she relaxed, reading on the sofa.

She would often like to walk around her local shops and charity shops and she sometimes would buy herself an item of jewellery or clothes. Mum would like to buy herself real life murder magazines from the market and we would joke “what are you planning?” Yet she would not like to watch a horror film saying that it would give her nightmares!
She used to look out for other people and was always worrying about them. She would even show concern about people she had never met, that she read about in newspapers and saw on TV, such was her kindness. She would often write a little card or letter sharing her news or to show her concern and interest in friends and family. She proudly talked about her family and was always on hand to lend a listening ear. Often when we visited her at home she would be trying to feed us with biscuits, cakes or crisps even if we were not hungry. At the end of our visits when we knew we had to tell her that it was time to leave she would always say ‘ah don’t go just yet, can’t you stay a bit longer?’
She was kind and gentle and nothing was too much trouble. She had a nice sense of humour and everyone has commented on her lovely smile. We shall all deeply miss our chats, her warmth, kindness and her big heart and will forever cherish our memories of her.

To put into words, what me must say we give this verse to you all. Jean was a loving thoughtful and true, she was a blessing, a gift to us all. She is like a treasure like no other and we will carry her in our hearts forever more lots of love from Trina Ivan Luke Trivina xx

A kind, thoughtful, gentle lady, who sent personal cards and flowers, not only for 'special' times, like birthdays and anniversaries, but at other times.
I have been unfortunate to have had many health issues, and she has been so caring in sending messages and flowers (I loved the carnations).
I will miss this caring, special lady. 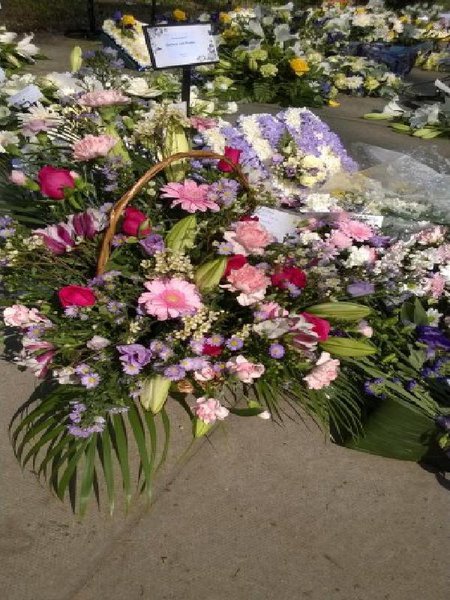 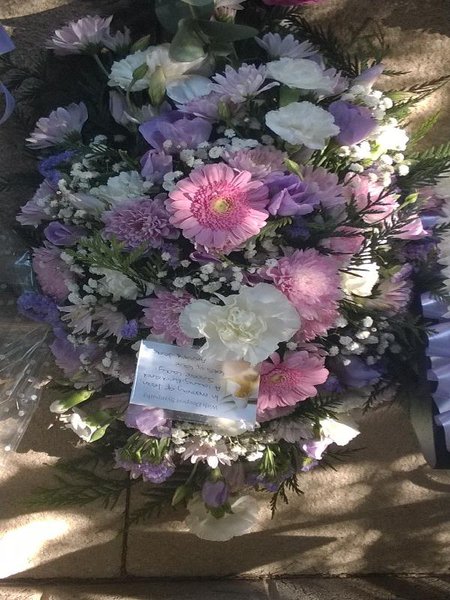 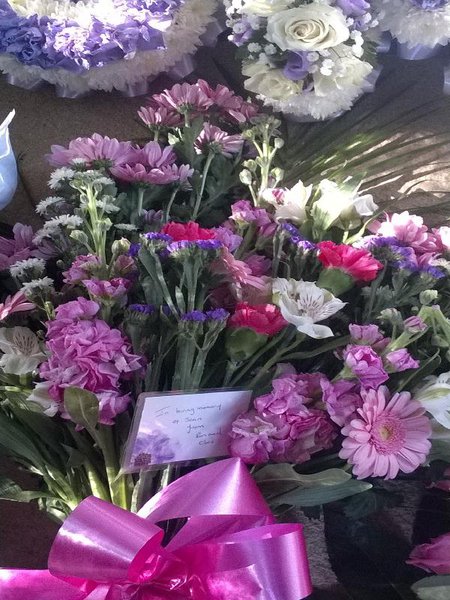 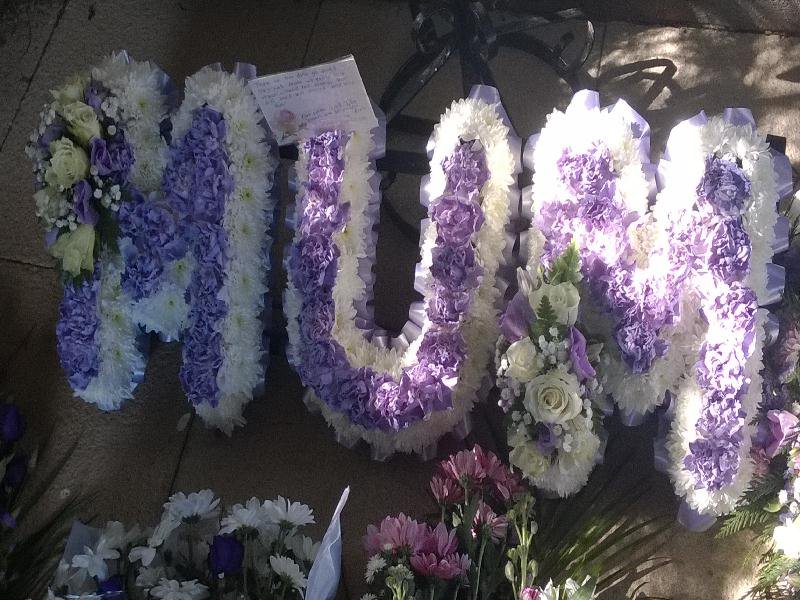 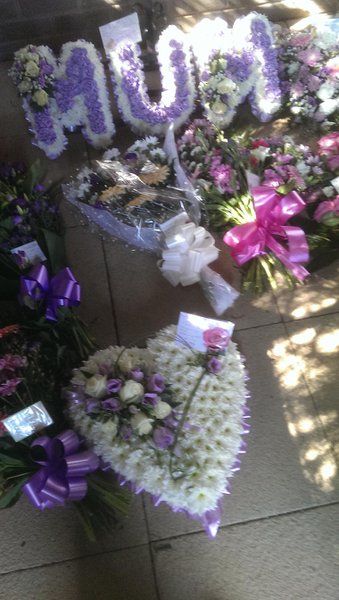 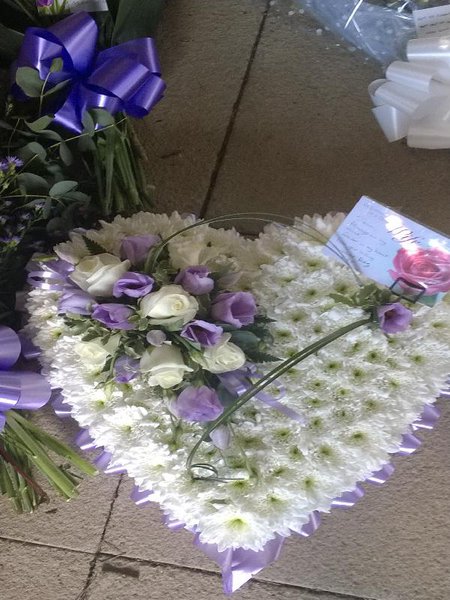 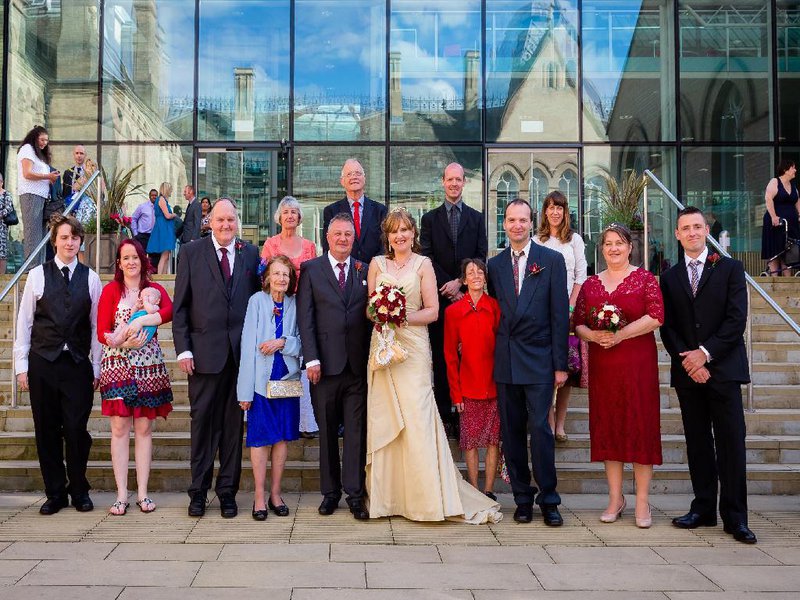 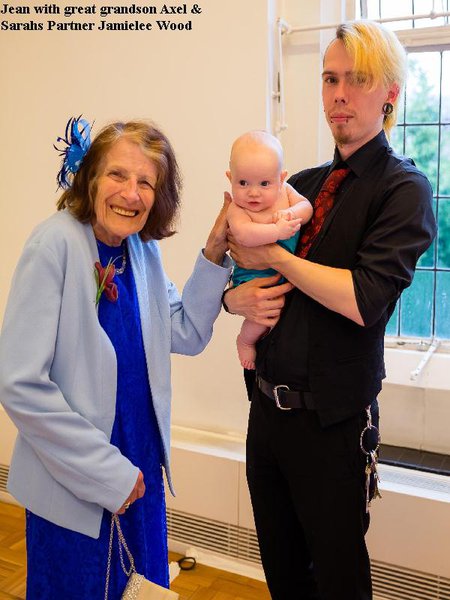 I will always love and miss you 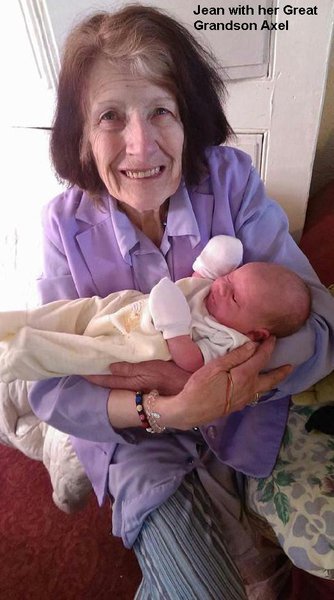 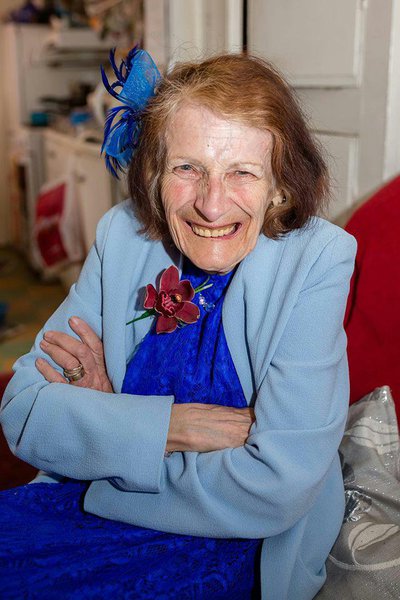