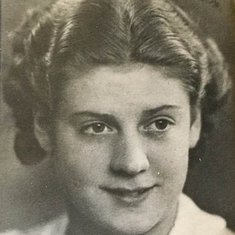 Donate in memory of
WinifredSave the Children

Win was born on 14th July 1917 in Balham London. It was some time before Win met her dad as he was away serving in the Army during the First World War. Win was the youngest, having two brothers Bert and Les.

Win's family were very musical. Her dad played the piano, her brother Bert the Organ and brother Les the violin. They held weekly music evenings at home and it was during one of these evenings that Win was introduced to her future husband when Les brought his friend 'Tom' along to play his violin with the family.

At the start of the War Tom trained to be an aircraft engineer and the family were relocated to Southampton where he worked for 'Follands' later becoming Hawker Siddeley and then British Aerospace.

In 1952 the family moved to Mansbridge where Win remained until this year.
(Tom was deceased in 1998)

Win's memory lives on in her Family. Now reunited with Tom.

Thank you Winnie for all the lovely memories, the fun and laughter. Always ready with a kind word and up for a giggle. The renowned maker of the best sponges and Christmas puddings ever. Sleep tight and chin chin when it is next brandy o'clock. We love and miss you X Bern & Rene

Thank you to Caroline Prendergast plus Annie Munton and her mum for this donation in mum's memory.

Win, you are amazing! You successfully lived to be 102 years old! So loving, hospitable, kind, caring, you lived your life beyond well. I will miss you though I will not mourn your passing, for yours is a life to celebrate! Now you are free of the prison the body becomes when it becomes too old, free of the pain and the suffering. Into the great mystery where we all must go in the end.

happy memories of walking by the river, being spoon fed weetabix, eating rabbit food, picking blackberries, trips to the new forest with hard boiled eggs, electric blankets, drinking martini’s from age 4, looking at the animal book and photo albums every visit, knitted baby bonnets and 100 beautiful cardigans, card games with money for betting, bingo training, nuts with beer, climbing through the dog flap, imperial mints, cheques on the fire place and always , everything with a big smile. Love passed on through us all. we will miss you Win but know that you live on in our memories just as brightly. ❤️

To my Wonderful Win, thank you for being the kindest, loving, joyful Nanna I could ever wish for. You were always there when I needed you, which always involved some funny stories!! How blessed all your family were to have our Winnie Moo! In our hearts always ❤️X

We used to love visiting our Auntie Win and Uncle Tom when we were children. She always seemed to be laughing. She was one of those few people who just radiated warmth and love, and you felt better just for being around her. She was truly a very special lady.

Win was such an amazing, special woman. I remember looking forward to traveling to England from the states as a child, to see my awesome English family. Win was at the top of that list because she lived her life as a beacon of warmth and welcome to those around her. I’ll miss you dearly my Nana, and I’m thankful you’re one with the Source now. 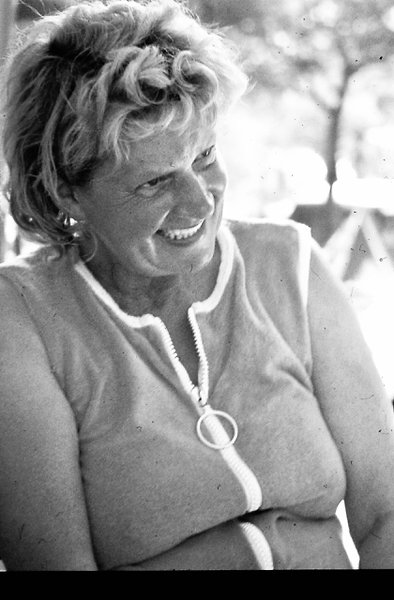 our mum and dad had so many great holidays. two of them to USA. I think this photo was in Spain though. She did have such a good life. And, was well lovedxxx

Angie and Ian Richardson donated £30 in memory of Winifred

Thank you Our Dearest Winnie Moo for all the happy memories, we will continue to raise a glass of Brandy to you, cheers Winnie, love Angie Maltloaf and Ian xx

Thank you Winnie Moo, our very special Nanna, for all the happy memories you gave us, we will continue to raise a glass of brandy to you, cheers Winnie! Love Angie Maltloaf and Ian xx

I came home as often as I could to see you mummy. And, we had so many good times together. So many lovely memories for me to think on, and laugh about. Like the time we were caught in a thunder storm while walking along the river. Running under trees to get away from the rain, not such a good idea. So we ran home laughing our heads off! And when I brought a leopard pantsuit home for you to try on! What a laugh the whole family had over that one. It was always so hard to leave and come back to my home, my American life and family. But, oh those times we had together, so precious. Now your gone from us, and though we feel relieved for you, leaving that old and broken body. Our hearts will miss you so much. I love you our mummy

Rest in peace lovely lady reunited with Tom at last .It was time to go home xx.

Sally Hamilton is attending the funeral 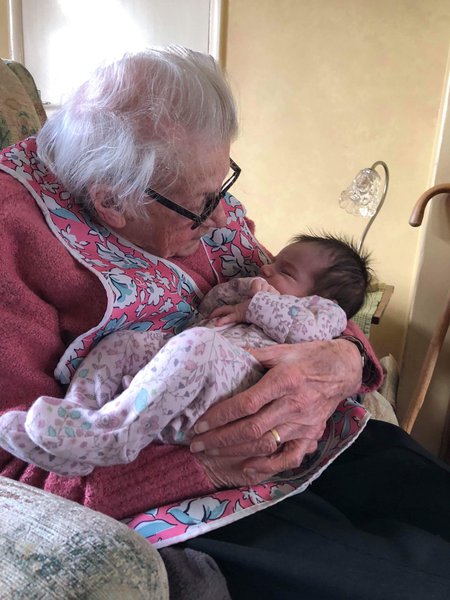 Rest in peace lovely Win ,Never saw you without a smile the world has become a duller place with you not in it ,You have earned you're Wings Win so fly high to meet Tom on the other side xx. 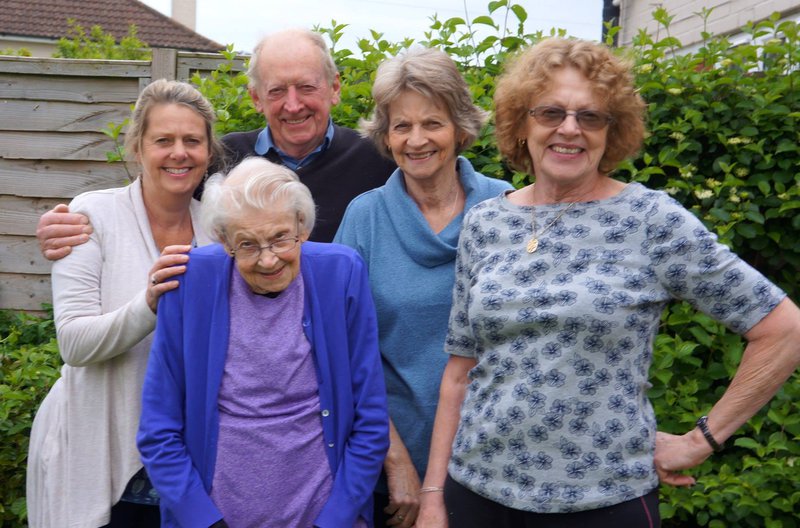 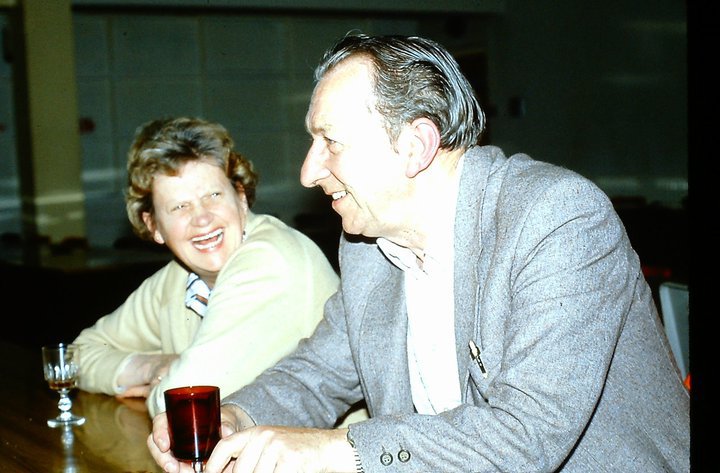 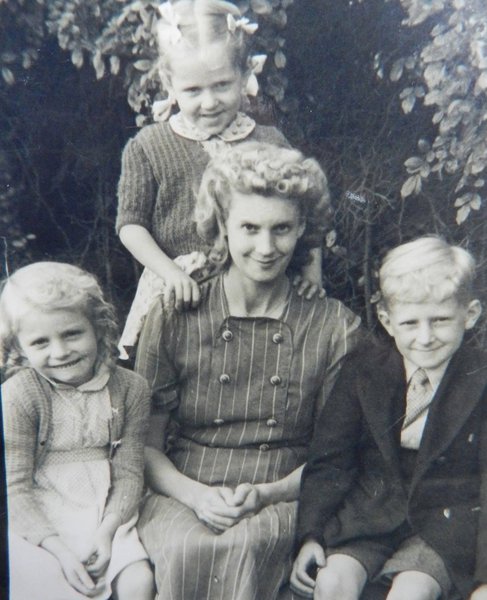 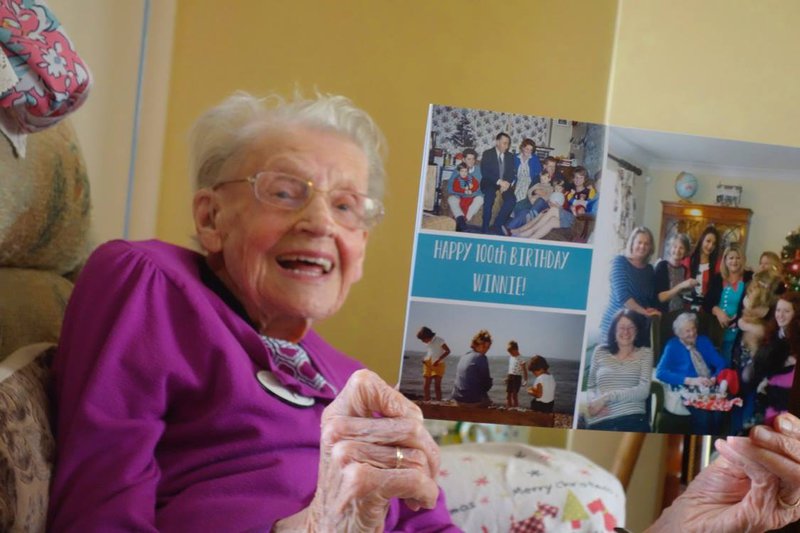 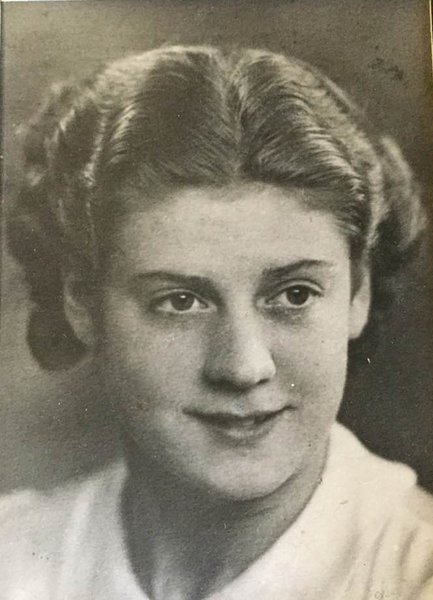 our mum and dad had so many great holidays. two of them to USA. I think this photo was in Spain though. She did have such a good life. And, was well lovedxxx