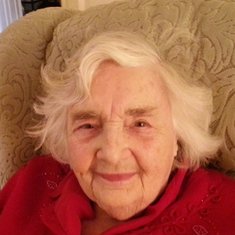 Freda was born in the First World War in Parson Drove, the third child of a Salvationist couple (who had first met in Crowland Abbey), and was brought up in the practical honest and compassionate principles of that excellent organisation. Freda’s father had left school at the age of 10 and gone to work as a beer boy in the woad fields, however he worked hard and by the time Freda was a young girl, was running three successful businesses. Freda frequently travelled to Hunstanton on her father’s blue busses with her school friend, in sharp contrast to her grandmother who had hardly been out of the village and never in her life saw the sea.

As a young woman Freda studied the piano in her spare time and trained as a hairdresser, working for a time in Skeggness before meeting and marrying Les Dixon in the Second World War and moving to the family home on Peterborough road Farcet, where she lived for more than 60 years and brought up her three sons. As her family grew up Freda returned to work as a catering manager at the Sugar factory during the yearly campaign, while Les ran the family engineering business in Farcet works. Sadly Les passed away in 1991 and in the years that followed despite the ravages of time and arthritis Freda continued in her role as the hub of her now extended family of sons, partners, grandchildren (and more recently) great grandchildren now extending to 20 people in all.

In 2004 Freda suffered a stroke but battled back from total paralysis to make an almost full recovery apart from dysphasia which at times made it difficult to make herself understood verbally. After the stroke the family house was too much for her so she moved to Cathedral Green where she was very happy and able to preserve a lot of her precious independence, dignity and quality of life with the help of her family and the excellent friendly staff. Sadly in recent months the rate of her declining health had accelerated to the extent that she would need full time care, a situation she had always dreaded but was now inevitable and it was at this point after a short illness that she was taken in to hospital where she died peacefully and completely unexpectedly. Freda although not an outwardly religious person had a deeply held belief in the hereafter such that it is possible to think it was almost her choice.

We will never forget this caring lady with her inner strength, humour, engaging smile and twinkle in her eye.

Lesley Dixon is attending the funeral and the reception

Samantha Dixon is attending the reception

I remember many things about Grandma. Particularly when we grandchildren were kids. I have many happy memories playing at Grandma and Granddad's old house. A roast dinner every Sunday, fish and chips on a Saturday. hoildays in Norfolk, teaching me how to skip, huge home cooked lunches and puddings, going swimming with Harry and Muriel, ferry meadows, the list goes on. Now you are at peace with your best friends and with Granddad. All my love, Samantha and Kobi xx 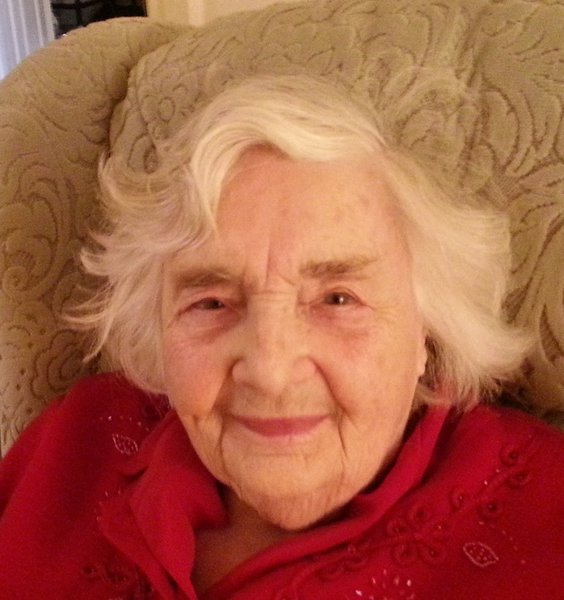