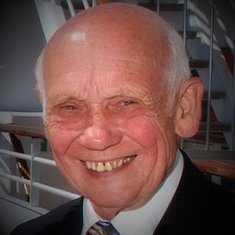 Ray, our lovely husband, dad and father-in-law, sadly passed away on 15th July 2018 after a long illness and is now at peace.

We would like to thank everyone for their cards and kind wishes. Family flowers only please, but donations in memory of Ray can be made to the Bournemouth Hospital Charity. Donations will be split between Older Persons’ Medicine (in acknowledgement of the outstanding care Ray received on Ward 4 during the final days of his life) and the Coronary Care Unit of Royal Bournemouth Hospital.

“Those we love don’t go away, they walk beside us every day.
Unseen, unheard, but always near, still loved, still missed and very dear.”

Ray will be greatly missed by all his family and friends.

Ray was a very modest man, and would probably have said that he didn’t live a very interesting life, but he did. Ray was born in 1932 in Wood Green, North London. In 1939, a few weeks after the birth of his sister, June, 3 days after Ray’s 7th birthday and 2 days after Britain declared war on Germany, Ray was evacuated to Earls Colne in Essex. It must have been a frightening experience to be away from his parents, Arthur and Annie, for the first time in his life.

Ray returned home to London, living through the blitz and getting to know June, and was later evacuated again. This time he was billeted to a large country house where he was taken care of by a kindly 16-year-old servant girl, who cooked him whole rabbits. Ray was expected to earn his keep by collecting hens’ eggs, which involved climbing trees – the hens sometimes laid their eggs up in the branches – and dodging a huge and very angry cockerel. Ray was relieved when the cockerel ended up as Christmas dinner. Once a week, Ray had tea with the squire of the house, a somewhat intimidating experience.

Back in London after the war, Ray passed his exams to go to grammar school but no school place was available. He wanted to be a chef but the family couldn’t afford for him to go to catering college and instead, after leaving school, Ray became an apprentice toolmaker, a profession he stuck with for the rest of his life, eventually working his way up to the role of project engineer.

A few years after the end of the war, the family suffered a terrible blow when June died aged only 8. Ray was devastated by his sister’s death, and he missed June for the rest of his life.

Ray joined the Royal Electrical and Mechanical Engineers – the REME – for his national service. He volunteered to serve in the Korean war, but was lucky enough to be posted to Lulworth in Dorset, beginning his great love for this part of the world. The army enrolled him at Lansdowne College in Bournemouth to continue his engineering education. One day, Ray missed the last train back to Lulworth after an evening spent in Bournemouth and faced the prospect of being AWOL at the start of his duty the next morning. He set off on foot through the night – a journey of about 23 miles – and he must have been a pretty fit young man, because he made it back in time to report for duty.

After completing his national service and moving back to London, Ray hoped to use his savings to treat himself to a sports car. But there was some misunderstanding about the price and Ray left the car dealership ‘car-less’ and disappointed. It was typical of Ray to turn his disappointment into something constructive, and he used the money for a deposit on his first house instead, which he bought jointly with Annie and Arthur.

Ray was a talented angler and match fisherman, and a highly regarded match fishing referee. His skill as an angler even helped him get a job, at Standard Telephones, as they wanted Ray for their angling team. Angling was also responsible for Ray meeting the love of his life, Mary. They met in Christchurch in 1966 when Ray was on an angling holiday and mistook Mary for the maid in the guest house where they were both staying. Luckily, his charm enabled him to recover from this inauspicious start to secure a date with Mary on the last night of his holiday. He later said that it was love at very nearly first sight and liked to joke that he caught Mary on the riverbank. Ray and Mary were married within 6 months and Ray remained devoted to Mary for the rest of his life and their 51 years of marriage.

Ray and Mary moved to Waltham Abbey, Essex, where Sarah was born, and a few years later to to West Parley in Dorset, to the house where Ray would live for the rest of his life. Anne was born shortly afterwards. Ray encouraged the girls to get involved in angling, but their presence on the riverbank meant he would spend more time removing fish hooks from trees and fingers than catching fish. And there was the rarely mentioned day when Anne and Sarah somehow caught more fish than he did. So Ray went back to fishing alone, but just for fun.

In his later years as an angler, the family persuaded Ray to get a mobile phone, ‘just in case’. Anne was alarmed one day to receive a call from Ray. He didn’t speak, Anne could only hear the bubbling sound of water, as if the phone was sinking to the riverbed. Ray came home several hours later, blissfully unaware of the worry he’d caused, his phone in his pocket somehow having accidentally dialled Anne’s number while he was standing by the river. We’re pretty sure that this was the one and only occasion on which Ray’s mobile phone was used.

It was perhaps Ray’s love of angling and fish, that prompted him to dig a pond in his back garden, which he tended lovingly – enlarging and landscaping and caring for his fish over many years. It gave him great pleasure and continued to do so until the end of his life. Ray was also enthusiastic about DIY and was very competent, but he did have an unfortunate habit of stepping back from the top of the ladder to admire his work, which once resulted in him tipping a bucket of wallpaper paste over himself and gluing his shirt to his chest. He didn’t get much help from Mary who was laughing too much to be able to assist Ray to extricate himself from his predicament.

Ray had a great sense of humour and could be cheeky as well as charming. When Sarah brought home her soon-to-be-fiancé Chris for the first time – for a Sunday lunch of roast beef – Ray said, ‘Leave the Coleman’s Chris, try THIS mustard.’ Chris followed Ray’s advice and nearly got his mouth blown off by the extra hot mustard, spending the entire meal trying not to cry. If it was a test, Chris must have passed, because when asked what he wanted to say about Ray in this tribute, Chris said, “I gained a friend as well as a father-in-law.”

Ray also welcomed me into the family. On the day of my wedding to Anne, Ray helped settle my nerves with a stiff drink in the bar beforehand. A few things about Ray I will remember fondly: his nifty ballroom dancing moves on the dance floor with Mary; his panache at opening bottles of wine; and his nostalgia for the Tottenham Hotspur of his youth. And once, when someone was interrogating me about where he came from, Ray very protectively shouted out, “He’s from England!”

In the last years of his life Ray suffered from very poor health, but he never complained. Ray’s attitude on waking up every morning was always, “Great, I’ve got another day,” and this contributed to his resilience and ability to carry on and enjoy life. In the many messages of condolence the family has received since Ray’s passing, the descriptions of Ray by those who knew him are remarkably similar: a good, kind, lovely, gentle, welcoming man.

Putting this tribute together and not being able to ask Ray about the stories and other events in his life has made us realise even more what a loss it is to no longer have Ray in our lives.

Sleep tight, Ray, we will miss you very much.

I miss my little ray of sunshine very much.
Sleep well sweetheart. X

Rest in Peace Ray. You have always been my little ray of sunshine
Love Mary x

In memory of Ray

Sending deepest sympathy to Mary and all the family, on the loss of Ray. Jill Reade and Family. 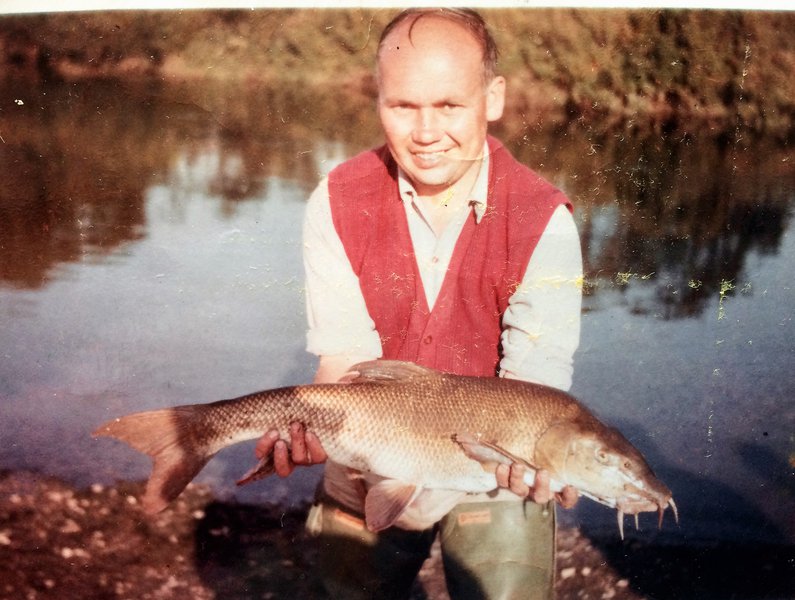 Anne Roberts is attending the funeral and the reception

Martyn and Jane Pope is attending the funeral

Sorry to hear of your loss. Our sympathies 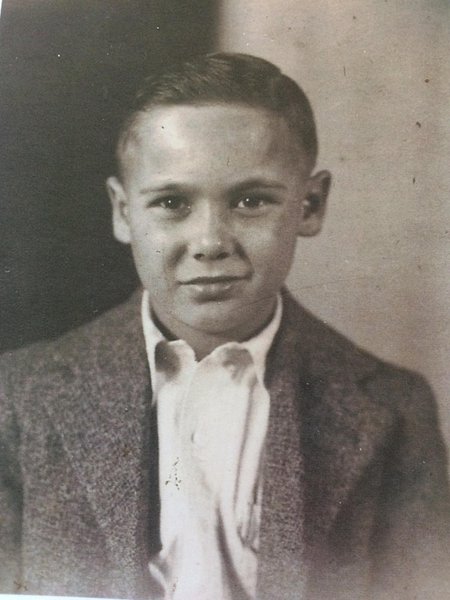 Sorry to hear of your sad loss.

Sorry at your sad loss.

Sorry for your loss, our thoughts are with you all
Love Martyn, Jane and Philip

In memory of dear Ray, a kind and gentle man, who will be sorely missed by his friends and family, may he rest in peace. 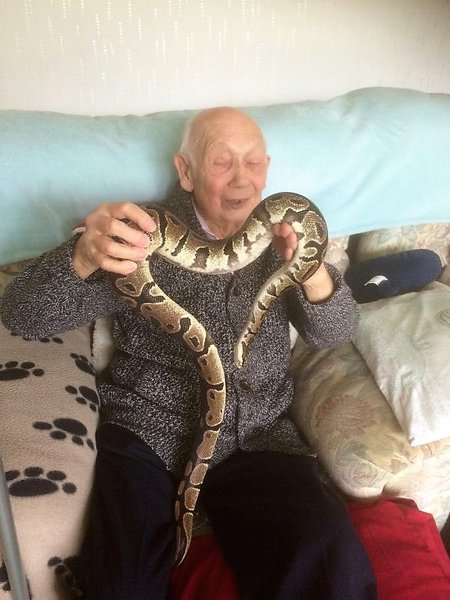 Deepest condolences to you all, Mary, Sarah, Anne, Chris and Satbeer.We haven't seen you in a long time, but have often been in our thoughts. Much Love X

RIP Ray, although we are far away we will hold you close in our thoughts and in our hearts always. Will always have the memories. 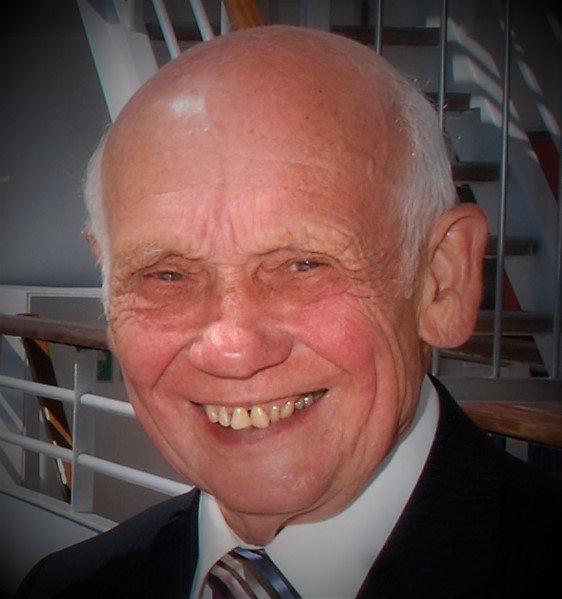