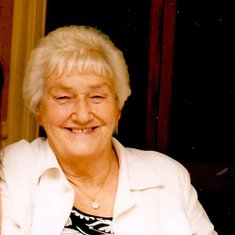 In loving memory of the late Jean Williams who sadly passed away on 28th October 2014.

Mum was born in Birkenhead, 1926, the eldest of three daughters, to Edward and Gladys McDonnell. She was a bright student at school and had many friends. Until very recently, she met up once a month with her friends for lunch and a good catch up on their shared memories.

Her youngest sister, Geraldine and her husband Bob, live in the New Forest so they have not seen as much of each other as they would have liked in recent years. Unfortunately, Mum's second sister, Sheila, died in 2007, after a very long illness. Sadly, her husband Tom, also passed away last year.

Mum and Dad met in the Queen's hotel at the end of the war. They married in 1949 and went to live in rented rooms in Marlborough Grove in Birkenhead. When we were young children, we lived in Greenway Road, in a police house, which they were lucky enough to get when Dad joined the police force. In 1964, we moved to St David's Road in Claughton, where Mum and Dad lived until 1979, when they moved to Irby. Finally, they bought the house where they haved lived up until now in Barnston.

Everywhere she lived, she developed lasting friendships with her neighbours and kept in touch with them over the years.

Most of our childhood, Mum was at home, looking after us. She did work for some years as a secretary for Ritson's shoe repairs in Argylle Street.

Those of you who knew Mum will remember her as a chatty, sociable person who loved people and genuinely engaged with everyone she met - even at the bus stop! Always smartly dressed, hair done, lipstick in place, she loved to go out shopping, for a meal at the Basset Hound or the New Sunrise Chinese restaurant where her longstanding friendship with Iris and her family was important to her.

You will also remember her passion for animals: her dogs and cats, too many to list here, were something that gave her great pleasure all of her life and I am sure that little Romeo, who survives her, is missing her very much.

She was the best Mum ever, a fantastic grandmother to Ana and David, who, although they lived so far away, spent long periods of time with her and Dad when they were younger. Their good English is a reflection of this! They love her as much today as they did then and are heartsore because they will not be able to atttend her funeral due to work commitments.

Dad is missing his "mate", his wife and partner of 65 years. What more can be said?

Our lovely Mum has had to leave us, but I know she is by our side, her imprint is on every aspect of our lives and we owe her everything.

On Sunday the 13th September would have been Mum's 94th birthday. I miss her today just as much as when she passed away. I hope that she's now with her mate, my Dad, who left us on the 7th February of this year. The best parents in the world. I will never forget you and I love you very much. What would I give to see your faces and hear your voices?

Much love and fond memories.

with lots of lovely memories of our childhood

Our most
sincere condolences to all the familiy and friends.
Un fuerte abrazo.
Manolo y Assumpta 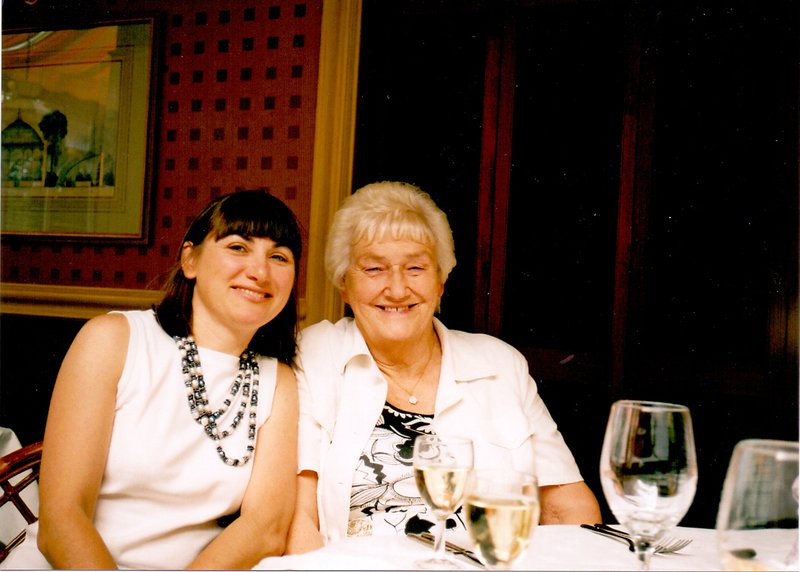