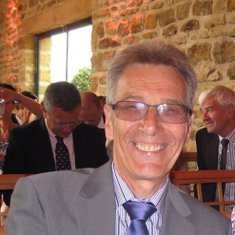 
Dave was born on April 9th 1949 in Stoke Newington to Raymond and Vera Short, joining his sister Brenda and completing their family. They lived in Stamford Hill in north London and Dave’s love for Arsenal football club began at an early age when his dad started taking him to home games at Highbury. His dad apparently sat him on his shoulders so he could see. They were a close family and had day trips to Southend with his cousin Lynne and her family.
He attended Hackney Downs boys Grammar School where he was a bright student who did the minimum work but was successful. He enjoyed his schooldays, captaining the football and cricket teams and eventually becoming Head Boy. During his time in the sixth form he started playing bridge which was to become a hobby in later years. In his free time he spent a lot of time as a mod at the Tottenham Royal.
Dave went to Nottingham University in 1967 to study civil engineering and he first bumped into his future wife, Carol, during rag week in the first year. However they did not get together until their final term. He loved university life and played more football there.
Dave started work as a site engineer for Tarmac in Wolverhampton in September 1970. He stayed in digs at first and told many stories about his landlady’s budgerigar who took food from her plate and sprayed it around. He moved into a flat in Sutton Coldfield with a work colleague but then moved back to London to do a year in a design office in order to gain membership of the Institution of Civil Engineers. During this time Carol and he continued to meet every weekend and write to each other and they married in December 1972, moving into a flat in Erdington, Birmingham. They eventually bought a house in a village called Whittington near Lichfield. Both continued to work, Dave as a site engineer and Carol as a Primary Schoolteacher.
Laura was born on a snowy Christmas Eve 1978. Dave always reminded Laura that he missed match of the day that night and Arsenal had beaten their deadly rivals Spurs 5-0. Once Laura was born Dave felt that the nomadic life of a site engineer with long hours was not conducive to family life and he found a job as a project manager at a food company in Dorset. The family moved to a village on the Dorset/Somerset border in 1980 and Adam was born in Yeovil in September 1980. In terms of work/life balance this was a good move. He was able to have lunch at home and the general pace of life was very relaxed.
In 1984 the Dorset food company was taken over by Northern Foods and the company gave Dave the choice of Hull head office or Nottingham where their Pork Farms brand was based. The decision was easy as they knew Nottingham so they moved to East Bridgford in January 1985 and have been there ever since. Dave worked as a project manager for Northern foods building up a reputation as a food factory specialist and eventually joined Clegg construction as their food specialist. In his final years he was chairman of the company.
During his time in the village he ran cubs football and then started up a boys’ team for Bingham Town running the team for a number of years.
He continued to play sport himself, playing squash regularly on Sunday evening.
Dave was essentially a family man and the wider family was also important with big family Christmases and other gatherings. Family holidays were also important with trips abroad almost every year, often with friends. He was very proud of Laura and Adam and took a strong interest in their sporting activities.
When they left home he continued to meticulously plan holidays many with friends. He enjoyed lots of New Year excursions particularly enjoying fireworks, good food and wine. He also enjoyed Bridge, golf and some walking when he was able. In fact his last game of bridge was less than a week before he died.
In 2009 Dave and Carol both reached 60 and had a wonderful year celebrating in many ways with family and friends.
Then in 2010 a bombshell hit when he was diagnosed with colon cancer that had already spread significantly to his liver. Dave approached this diagnosis in his usual scientific way and researched treatments. He endured 3 major operations and somewhere near 40 courses of chemotherapy while continuing to work and socialise and plan trips. During the last 4 years he has seen Laura marry Rob and Adam marry Nic. He was thrilled to welcome Rob, Nic and Rob’s son Ben into the family. Then in 2013 Laura gave birth to Grace and he was amazed at how much he and Carol got out of watching her develop. He continued to plan and enjoy holidays, play bridge and make people laugh in family gatherings.
In September this year he was told there was no more treatment he could have and although disappointed he bore it stoically again and with dignity.

Happy memories of when we worked on various projects together. 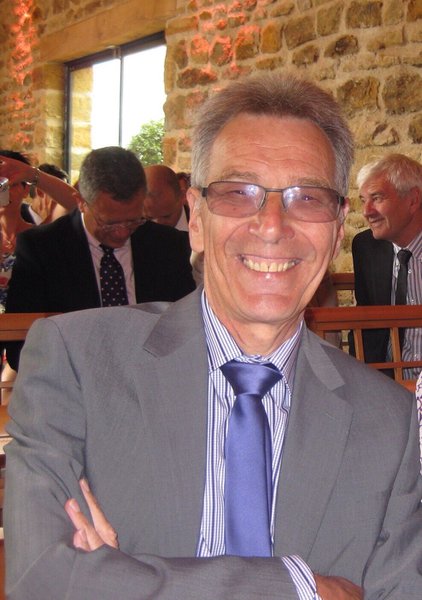