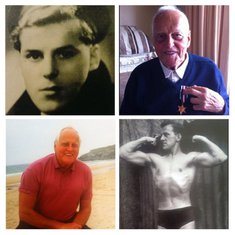 Donate in memory of
WilliamMacular Society

Bill was born in Central Birmingham on 26th January 1926. He was the eldest and only son of William and Daisy Workman, and had three younger sisters, Beryl, Daisy and Freda.

Bill had a rough start in life, and didn't get to see the sea until he joined the Navy at the age of seventeen, when he was so desperate to join up, that he lied about his age. Bill spent his eighteenth birthday aboard the HMS Gleaner, which was part of an Arctic Convoy, carrying supplies to Russia, in freezing conditions; a journey which Winston Churchill described as ‘the worst journey in the world’. In recognition of this, Bill was awarded two medals. The first was from the Russian Government in 1991, and the second, after many years of campaigning, from the British Government in 2012, a medal known as the ‘Arctic Star’. No doubt this last convoy was a rough one.

At the start of WW2, Bill began writing to a lovely young lady named Doreen Tilley. Doreen decided she was too old to be writing to Bill, and so suggested he write to her just as lovely sister, Beryl. Bill and Beryl began corresponding and after a short period of time, they met up and fell in love. They continued to write to each other throughout the duration of the war, and married at St Mary Magdalen’s Church in Kings Heath, in 1948.

They went on to raise a large family, having three sons: Mark, Nicholas and Anthony, and finally, a daughter, Sally. Their marriage was an extremely happy one and they were married for over sixty-five years.

Bill started working in a factory and after a few years, was promoted to service engineer. He then moved on to become a sales executive, which allowed him to travel extensively abroad. It was whilst working in France that he developed his taste for lobster thermidor.

Bill had a number of different hobbies, most notably of which was weight training, where he met his late best friend Ron, with whom he spent many happy hours arguing. They continued with their weight training for many years, in Bill’s garage, where they were joined by another friend, Alan Jones, who won ‘Senior Mr Britain’. He also took up wood turning when he retired, and made many beautiful items, which still decorate his house today. His most impressive piece was a rocking horse, which will always remain a treasured family possession.

He leaves his wife, Beryl ('his rock') and his family: Mark and Marge, Nick and Jo, Tony and Kerina and Sally and Andrew; grandchildren: the first being Matthew, who sadly passed away aged five, followed by Jamie, Ben, Emma, Paul, Carla, Harriet and Christian; great grandchildren: Alex, Rosie, William, Poppy, Matthew and Lucy.

Bill was known to many as ‘Barmy Bill’ for his infectious personality and crazy antics, despite living well into his eighties. Bill lived life to the full, and was happy and healthy until the last few years of his life. 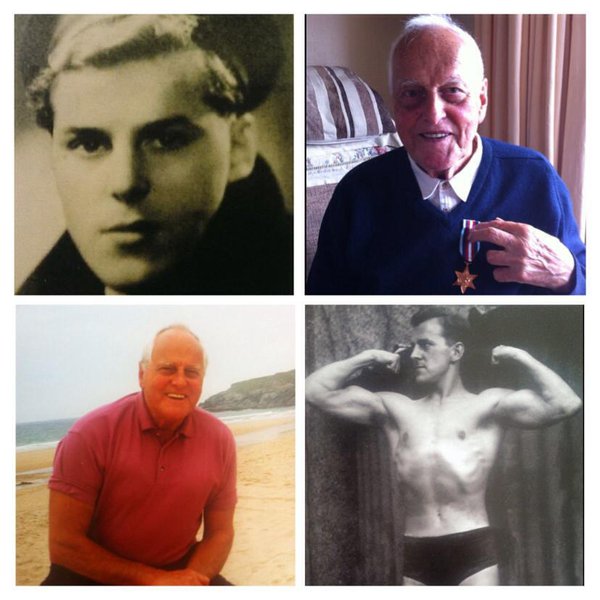