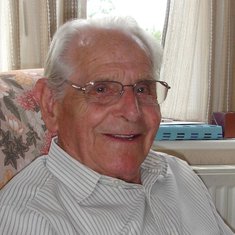 In loving memory of Bernard Osmond Balkham of Tenterden.
Passed away peacefully on 29th March 2016, aged 90 years.
Beloved husband of Kath, loving father of Keith, and a devoted grandfather and great-grandfather.

Bernard Balkham 23rd August 1925 - 29th March 2016
Bernard was born and brought up in St. Leonards, Hastings. He had a younger sister, Mary. His father was a builder.
Bernard left school just before his 14th birthday and was apprenticed as a mechanical engineer at Coombes Motors at the start of World War 2.
In 1942 the family moved to Tenterden as his father worked for the Ministry of Defence maintaining forces properties. Bernard got a plumbing apprenticeship with Fuggles Builders until a vacancy came up at Milsteds where he was again apprenticed as a mechanical engineer, involved with the maintenance of agricultural machinery.
On reaching his 18th birthday in 1943, he wanted to join the RAF, but was unable to as he was in a reserved occupation, so he joined the Air Training Corps where he was involved with aircraft maintenance and was promoted to Flight-Sergeant.
Around this time, he bought his first motorcycle , became a keen grass-track racer and an early member of the Tenterden & District Motorcycle Club.
In 1947 he married Kathleen and they lived for a few years in a caravan whilst having a son in 1950 and building their home “Kaeburn”, where they have lived ever since.
Over the years he had various jobs:
He was a car mechanic at Jarvis’ Garage, St. Michaels, and at Sheathers’ Garage (now CB Motors), Rolvenden Road.
He was then workshop manager for Karl Pugh Motorcycles in Tenterden.
He was then self-employed as a horticultural machinery engineer for several years from his workshop at home.
His final job was senior Science Laboratory Technician at Homewood School, Tenterden for 17 years until he retired in 1990. This was the job that he enjoyed most.
Outside of work, he was always active;
In 1967 he became Group Scout Leader of the 2nd Tenterden Scout Group and was actively involved in fund raising and helping to build the Scout Hut in 1973.
He was a keen smallholder rearing chicken, growing fruit and vegetables and was a member of the Tenterden Horticultural Society.
Bernard was a skilled, practical man who always wanted to do things properly and make a good job of whatever he worked on. Anybody who ever had their lawnmower serviced or repaired by him knows that it came back like new!
He was always busy working; either at home or helping friends and neighbours. He couldn’t leave a job undone and this, of course, was a frustration to him in recent years when his medical condition prevented him from doing much.
He and Kathleen had a wonderful married life together for 69 years and he was forever grateful for the marvellous nursing care which she gave him for the last few years enabling him to stay at home up until the last month.
He died peacefully at Halden Heights Care Home with his wife and son at his side.

In memory of Bernard who we will always remember as our cheerful, funny and smart uncle. We will miss you.
Love from Richard, Christine, Nick & Jo 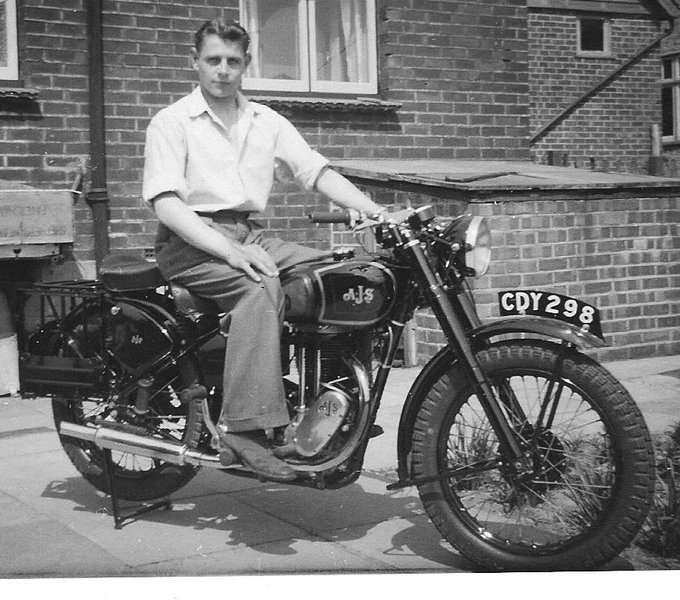 Thinking of you all at this difficult time. I have fond memories of Uncle Bernard's humour, he will be really missed. RIP.

Thinking of you all at this difficult time. I have fond memories of Uncle Bernard's humour, he will be really missed. RIP.

Thinking of you all at this difficult time. I have fond memories of Uncle Bernard's sense of humour, he will be really missed. RIP

In loving memory of our dear uncle Bernard who we will sadly miss, forever in our thoughts.

Lots of love Tricia and Bob

In loving memory of our dear uncle Bernard who we will sadly miss, forever in our thoughts.

Lots of love Tricia and Bob

In loving memory of our dear uncle Bernard who we will always remember for his loving and cheerful disposition. He will be sadly missed.

Lots of Love Tricia and Bob 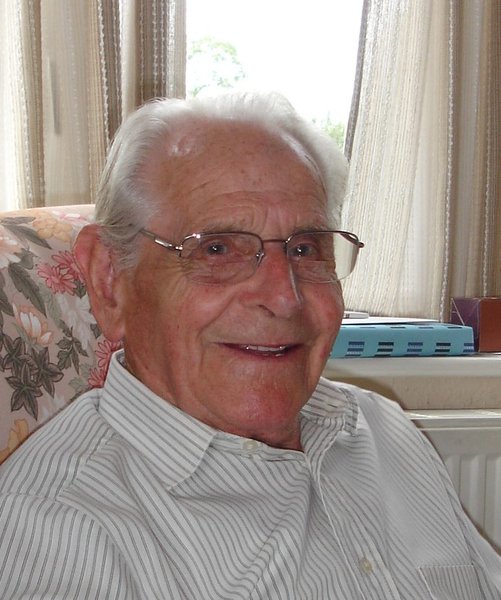