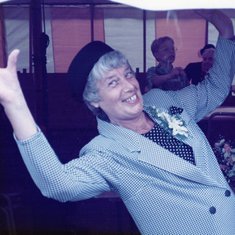 Donate in memory of
MurielDogs Trust

Muriel Smallridge passed away peacefully at home on 18th of January 2016 aged 83.
Loving mum to Stuart & Eric
Much loved grandmother to all her grandchildren
A special thankyou to all the staff at Home life for caring for mum in the later years.
Funeral service will be held at the North Devon Crematorium on Monday 1st February at 11.40am
Family Flowers only. Donations if desired for Dogs Trust Ilfracombe by retiring collection or c/o
Braddicks & Sherborne Funeral Directors, 20-21 St Brannocks Road, Ilfracombe, EX34 8EQ
(01271) 865222

Muriel Ann Arscott was born in Ilfracombe on 29th December 1932. The eldest daughter of Annie and Montague, she had one sister, Joan, born when Muriel was 9 years old. Their father, Monty, was a Council Worker, whilst their mother, a homekeeper and housewife, was kept busy looking after the family home - an end of terrace property at 103 Slade Road in Ilfracombe, backing on to the Ilfracombe to Barnstaple railway line.

Time passed and, once her schooling was finished, Muriel went on to work in Ilfracombe’s Luxmoore’s Department Store. In her free time she loved nothing better than to attend the dances held in Southcombe’s, the Town Hall and the Runnacleave Hotel, or to go with her friends to the Victoria Swimming Pool to watch the water polo matches and swimming galas.

Her single days over, Muriel settled down to married life with her husband, Frederick – known as John – Smallridge.

After their marriage at the Holy Trinity Church in Ilfracombe on 12th October 1957, the couple moved to Ettiford Farm and Muriel embarked on a new phase of her life as a farmer’s wife and, in time, gave birth to their two sons – Stuart and Eric.

She was kept busy, not only with the usual chores that being a farmer’s wife and mother to two energetic boys entailed, but also with providing Bed & Breakfast accommodation in the farmhouse during the summer months – with the family decamping into a large caravan close by to sleep. Then, during the 1970s the business was extended into providing self-catering units in various parts of the farmhouse.

Sociable by nature, Muriel thoroughly enjoyed going away on holiday. She enjoyed not only visiting various parts of the British Isles, but also the Channel Islands, Majorca and Ibiza.

She also enjoyed flower arranging as a pastime and regularly attended evening classes to improve her skills and was also a regular in the Ladybirds skittles team in the Braunton league. She also loved her pet dogs – her terrier, Abba, followed by a Jack Russell, Bob.

Unfortunately, their marriage was not to last and Muriel and John separated, divorcing in 1979.

Muriel obtained a position as a housekeeper in the Edenmore Nursing Home in Ilfracombe and would walk the half mile to the top of the farm lane to catch the bus in to Ilfracombe to work. She stayed there though, until she decided that at the age of 65 she was ready for some peace and quiet.

Retirement didn’t put an end to her wanderlust however, and she still liked to travel, flying to Rome and Venice with Stuart, fitting in various other day trips. She also enjoyed visiting gardens including Marwood, Rosemoor and the Eden Project.

Eventually though, succumbing to arthritis of the hips, she became less mobile but still enjoyed life, loving to chat with her family and the home carers who would visit her at home.

A snooker fan, she loved to watch matches on the TV and knew who all the players were She also enjoyed watching tennis, especially Wimbledon.

She loved to watch all the soaps on TV too – particular favourites being Coronation Street and Emmerdale.

And, whilst we are mentioning the things in her life that she loved – we must give mention to her grandchildren – Muriel took great delight in being a grandmother to Jake and Max, whom she loved greatly.

Natalie Cumbers is attending the funeral 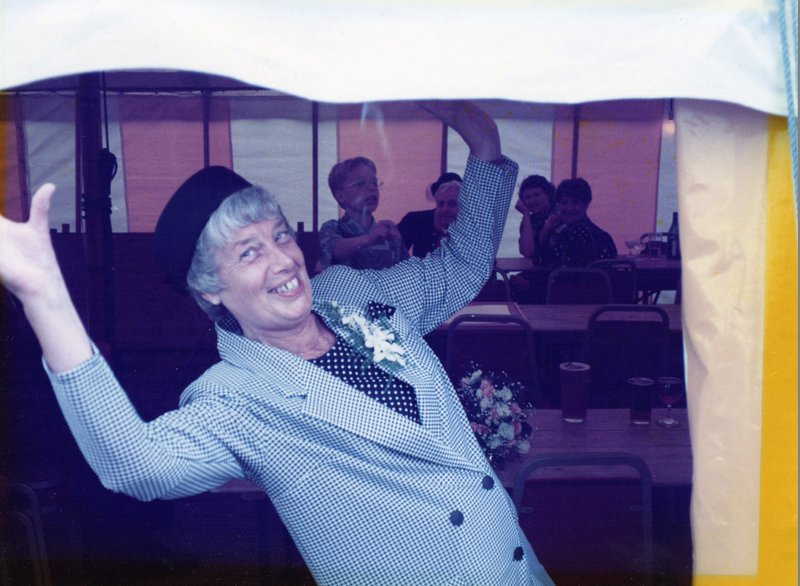