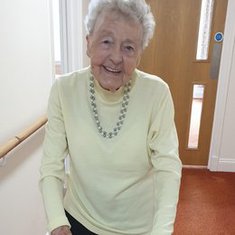 Gladys Wells was born in south London to Beatrice and Frank Wells, an only but beloved child. She went to school in Norwood and was evacuated to West Byfleet during the war. She became a hairdresser in Herne Hill but stopped working after marrying and having a family. She met Peter Lee on the towpath in Richmond Park, attracted by his portable gramophone and friendly demeanour. She married Peter on 6th June 1953 and they set up house in a rented flat in Herne Hill. Richard, her first child, was born in 1956. They moved to Swanley in 1958 and Rob was born at home in 1959.
Glad did occasional work for a commercial flower nursery and for Boots the Chemist, but always managed to be at home in time to meet the boys after school. In retirement, they moved to Chestfield, where Glad was a keen table tennis player and gardener. She and Peter enjoyed travelling, exploring England and visiting Australia, Canada and New Zealand. In later years, they moved to Hythe and finally to Saltwood Care Home. The family would like to thank the staff of Saltwood Care Home for their kind attentions.
She is survived by her husband of 69 years, Peter Lee and her sons Richard (Ann Richards) and Robin. In lieu of flowers, donations to the Kent Air Ambulance would be appreciated. A service will be held at Hawkinge Crematorium on Tuesday, 6th June 2022 at 11:30am followed by a celebration of life reception at the Red Lion Inn in Hythe. Please contact the family if you would like to attend.

Sending our love to Peter, Richard and Rob at this sad time. Lovely to hear memories of such a lovely lady, who I’m sure will be missed by all.

Sending condolences and much love to Uncle Peter and family. Gladys was such a lovely, loving kind person and a wonderful part of our Lee family.

Pat and Danielle Lee and McLaughlin donated in memory of Gladys

Goodbye my dear sister in law, loved by everyone who met her. I will miss you so. 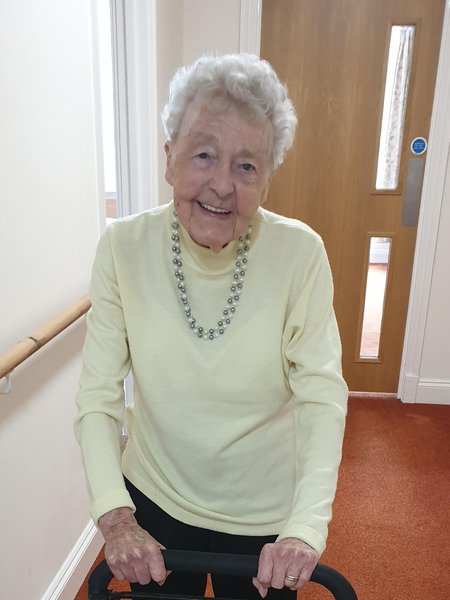