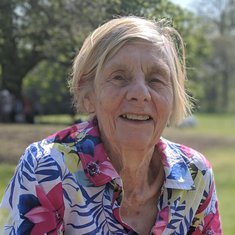 In loving memory of Jackie Coutts who sadly passed away on 10th March 2022. We welcome all members of the many communities that Jackie was a part of to attend the funeral. Please do mark your attendance on the attendance tab. We ask that those attending wear smart, dark clothing where possible

Please note that the burial will be a closed event for family only.

Many of you will know that Jackie dedicated much of her time to volunteering for Bradford charity, BIASAN. To donate to BIASAN online, please follow the link below
https://localgiving.org/charity/biasan-bradford-immigration-and-asylum-support-and-advice-network/

Thank you to everyone that attended Jackie’s funeral on Friday. It was so lovely to speak to people afterwards and absorb all the love and gratitude for Jackie! I know that some people had hoped to read the speeches and so I have shared the words that I shared below:
Our Jackie

Though we have all known Jackie in our own ways…- as Ma and Jackie, Nan and Jackie Grandma, there are many things that we could agree on recognising in her character as things we loved and admired deeply.

She was the lynch pin of our family, the glue and the holder of pride in each of us. She was forever sharing stories of our successes and changes up and down the country and even overseas to make sure that we were in the loop.

When I reached out to our family to bring together an attempt to capture how we knew Jackie, these were the words that came to us.

Her quest for adventure and resistance to ever taking the easy option was remarkable. She was the only person that took a boat to my wedding last year. No matter what life threw at Jackie, she would adapt and get to know whatever environment she was in. She stood up to COVID and didn’t let it take her away from her community commitments. She worked out zoom, kept track of activity using a Fitbit and kept on going. She was never one for excuses. She was always always completely engaged with and excited for life and simply put… totally with it. When Jackie was seriously ill and in hospital a couple of years ago, she declared “I don’t want to die! I want to know what happens next”. She was a political woman, who loved to talk politics with everyone, where ever she went. This was one of the many things that made her such a cool grandma, that many of my friends loved to meet and chat with. My friends would often make time to stop by if Jackie was in town, for the laughter and conversation.

She was loving, reliable and wanted to see everyone being their best selves. She believed that anyone could do the things they wanted to in life, but recognised the value of support and extended that to others throughout her life. She was generous in her belief in us and supported us in our ambitions in different ways over the years.

She was strong minded and principled and…let’s face it, never shy to tell you that she disagreed with you, often without any attempt to beat around the bush. She was funny and witty and her laugh was utterly contagious. Even better was her cackle if she was laughing at something that she thought perhaps she shouldn’t be.

She was a quiet but powerful fighter for justice - for refugees and asylum seekers and for the planet too. Though never known for being steady on her feet, she will have taken her last shower at home with buckets beneath her to catch the water which she would then use to flush the loo. Her home was full of these hacks to do her bit. If you showed Jackie a cause, she would gladly do her bit, without hesitation.

As a family, there is no doubt that we are a little lost without Jackie. We can only hope that we will find the determination that she showed us within ourselves to get through the weeks, months and indeed lifetime ahead. We will miss her immensely.


She had a disposition much more forward than those around her and did not gain or become preoccupied with self-gratification or acts of a means to an end which is why I believe she was a women of virtue Immanuel Kant (1724) "defines virtue as a kind of strength and resoluteness of will to resist and overcome any obstacles that oppose fulfilling our moral dutie".


She had a vision not one that was contained in her own life – although she was contained being able to find comfort in the solitude of her own purpose and what she could bring to the world, that loud and at times a quiet confidence

Her vision included many and tackled social justice, politics and the environment, she held these issues of equality so deeply, she was a force to be reckoned with, inspiring those around her to do more and never once complaining about her lot in life despite the challenges she faced


My Grandmother was my shining light, that lite the path to all the important decisions I made, she was my icon and for that I am truly grateful

I’ve never believed in worshiping another person or have become fascinated or preoccupied in what others are doing in a way to become more like them, I’ve never had to because I have got to be with my inspiration and that person was my Grandma

I have became to discover she was everyone’s, the person people wanted to do good for, the glue to our family, and where people would go for help. She was able to provide stability and forgiveness despite what she received in return.

An activist not afraid to challenge inequality, and give her opinion however she was not obsessed with being right, even though she often was but she knew the damage that having a ego could cause

What I loved more than anything about her was both how within her she encompassed a deep hatred for immortality, but understood how much perfection did not existence

This quality meant she was able to forgive and never gave up on people, but she was no fool and the help she offered never enabled or made excuses, it taught, and that why she is respected and when she spoke people listened.

I have been very lucky to grow up with having her as grandmother and I will never let her light that she gave me go out.

Thank you to all of you that came to the service for my grandmother and making her life so special. It was inspiration to see so many people with a deep connection to her. Jackie, accompanied by her granddaughters, attending a Bangla New Year (Boishakhi) event at my home in Bradford in April 2014 where we listened to Bangla songs and poetry recitals.

I attended Jackie’s service yesterday along with 10 of my former Key House Project colleagues. I left Key House over 20 years ago but kept in touch with Jackie because she was such an inspirational person.

I would like the family and church to know that the service and celebration of Jackie’s life at the Christ Church in Oakworth was kind and thoughtful. It is a testament to Jackie that so many attended and were from diverse faiths and heritages. It was enhanced by the personal messages from family members and the beautiful song ‘Amazing Grace’ from her granddaughter, Rachael. I had the privilege of meeting Rachael when she accompanied Jackie to my home in Bradford in April 2014 where we celebrated the Bangla New Year with songs and poetry. If I had known that Rachael had such a beautiful and powerful singing voice I would have asked her to sing at my home.

Jackie will be greatly missed by all who knew her.

Jackie was one of my best friends at school, Si Bernard's High School for Girls, Westcliff on sea.
Thank you so much for letting me know of her death. We had been out of touch for sometime. I live in France and whenever Jackie went to Southend she would visit my mother which I greatly appreciated.
Jackie was one of the cleverest girls in our class. There was always competition between her and Marion. Who would come top in the exams?
I have many happy memories of Jackie. She was always so pleasant - never a cross word.
My sincere condolences to all the family and again many thanks for letting me know.

It was a great privilege to know Jackie. I’m sorry we did not have time know each other for longer. She was brilliant and well deserving of the respect she was held in. Jackie and Rosie

A lovely service dedicated to such a lovely and active lady

Kaysra hussain is attending the funeral

Denise Raby is attending the funeral

Shanaz Ahmed is attending the funeral 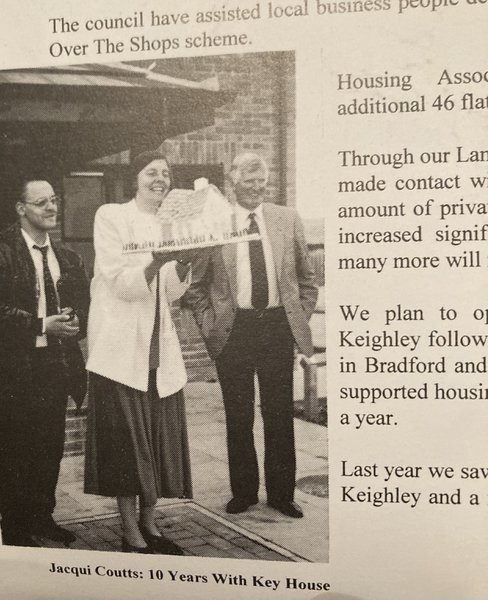 Jackie was a warm individual who cared passionately for people from all backgrounds. She was a tireless campaigner for vulnerable groups like the homeless and asylum seekers.

I had the privilege of working with Jackie for seven years. She developed the Project to include more advice centres and different forms of supported accommodation. As a manager, she supported me by enabling me to pursue legal qualifications while working full-time. She created a happy working atmosphere.

Jackie regularly attended cultural events. I fondly recall Jackie and her granddaughter attending my home to celebrate Boishakhi Bengali New Year in April 2014 where she enjoyed poetry and music.

Jackie will be sorely missed.

Jackie's energy, determination and dedication to the cause of helping others was an inspiration.

Dear Angela and all Jackie's family, so sad we have lost Jackie. Such an inspiration and good friend.Sorry I can't be at the funeral as I'll be travelling back from holiday. Thinking of you all.

Susan Clarkson is attending the funeral

John Cope is attending the funeral

Through BIASAN and BEACON I worked with Jackie to help many refugees. I remember especially one from China and one from DRC Congo: both eventually got leave to remain here. Jackie's empathy and kindness and practical skill have been a blessing and inspiration to so many, me included.

Audrey Smith is attending the funeral

Sharon Quinn is attending the funeral

Andy Mudd is attending the funeral

Mussarat Rahman is attending the funeral

Steve Hibbs is attending the funeral

Katy Armitstead is attending the funeral

Sue Balcomb is attending the funeral 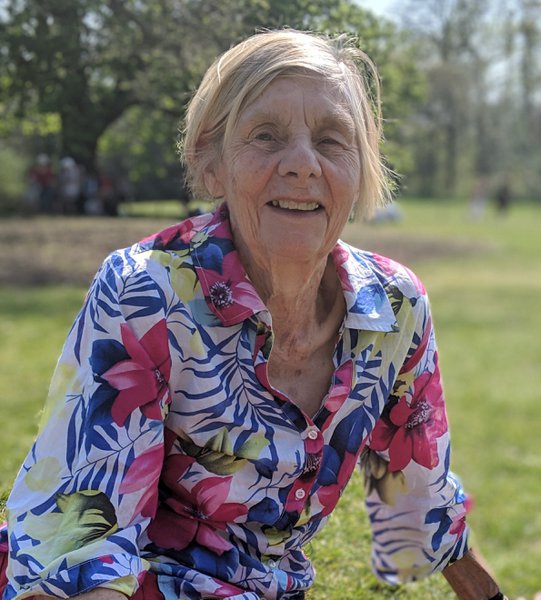 Jackie, accompanied by her granddaughters, attending a Bangla New Year (Boishakhi) event at my home in Bradford in April 2014 where we listened to Bangla songs and poetry recitals. 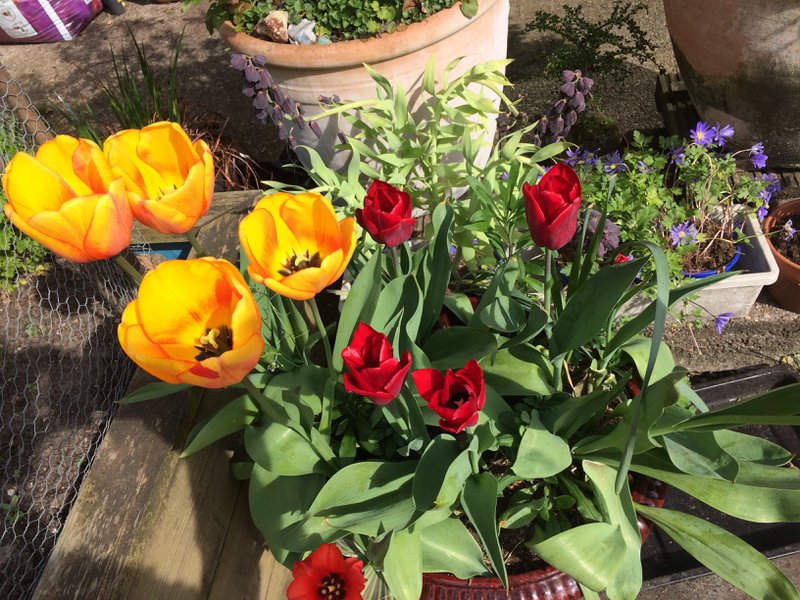