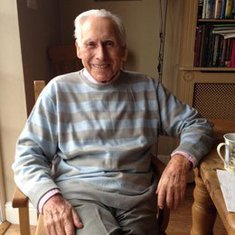 Donate in memory of
JamesDementia UK

On Friday 25th March we lost a true old school gentleman my father in law :- James McDermott who never complained and was always happy with what he had, he reached 93 years 10 1/2 months. A good life I can hear you say, and yes it was, because without him my Maxine, Grace, Albert, Frank and now his great Granddaughters Minnie and Maggie would not be here. You come into this world with nothing and leave with nothing, but its who you leave behind that matters, Thank you so much Mac (James) for my family and showing us all what a true gentleman is. So very proud to have you in my life for forty seven plus years. RIP

Following James' service, we would love for you to join us for refreshments and to raise a glass to James life after the burial service at

RIP Uncle Paddy you were a true gentleman

James - Mac as I knew him. What a total gentleman, lovely old school man the likes of we hardly see these days . Always a cheerful hello and a great smile even though he probably didn’t always feel so good. Reading his news paper and falling asleep behind it ! Until Olive called out for him that soon woke him up that always made me smile. In recent times Mac has stayed with Micky and Maxine and I expect he was very happy about that because he was with his family who he adored and they have cared for him loved and respected him and nobody can ask for more. God bless you Mac and RIP

Mac, was a loving neighbour who lived next door to me, he was an important person to me, he was like father, he was loving to my kids. He truly will be missed and to his family you all were blessed to have him as your relative.

From your neighbours, Dennis & Joan. You will be greatly missed, Mac.

I will always have such fond memories of you that are littered throughout my childhood. I can see you wavering with a huge smile as you washed your beloved cab outside the Waples, always the first to say a big hello to my family and I. You've left a wonderful imprint and one that won't be forgotten. Thank you for always being so welcoming and kind to me throughout my life. Rest in peace. Love, Lucy.

Souleymane and Maria Koanda donated £40 in memory of James

RIP Mac, you always brightened up our day with your infectious smile. Thank you so much for everything you did for Gilesmead. We will miss you dearly. Our deepest condolences to the family xx

Adam and Janet Creighton is attending the funeral and the reception

This is a donation from the residents at Gilesmead, Matt was a very friendly member of our community, he always helped everyone who lived here. I remember his input trying to save the communal Laundrette, as a result of which we both made it into the local press. His friendly cheerful presence will be sadly missed by us all.

We were always so excited when we knew that he and auntie Olive were coming to see us, whether it was Cyprus, Germany or Lincolnshire. We could be sure of many kets and great presents. The lift it gave mum and dad (Sean and Lily) was tangible and the house would be filled with laughter and stories. Jim was a boxer and was always stepping in when dad would antagonise the local toughs in Cavan with gobsh*te, Jim would finish them and then have it on his toes. Dad worshiped him. He was the older brother and took all the heat. When he went to Belfast to join up and was then posted to Germany, dad followed him. When he met the rather glamorous Olive it was a real break with the poverty stricken hopelessness of their Cavan past. Although their stories painted a very rosy picture of their childhood, Jim hated it and was proud to be a Londoner.Whenever dad was stuck on something it was always Jim he would turn to. He glowed, even as a grown man with Jim's praise and encouragement. Olive was a great ally for mum as both were slightly outside the tight nit family, and she always had fags. Jim had a great love for his own mother and always appeared at Perth road for the Tuesday gathering. As nippers we loved hearing his cockney/Irish accent downstairs as it meant we would all be half-a-crown richer if we put our heads around the corner. He secured my British passport for me, helped me fix the roof of granny's lean-to, and used to drive my brothers and I to get trains in his cab as we were flumoxed by the big city. We loved the gleam of his gold tooth, his warmth and effortless friendliness, his generosity, his laughter, his kindness, his open-heartedness and his measured sensible view of everything. And he gave us Maxine.
My sincere condolences to all the Wapples.
I will miss him very much.

In memory of Uncle Jim.
Always had a welcoming smile.

John Creighton is attending the funeral and the reception

In memory of dear Uncle Jim

In memory of lovely Uncle Jim.

Such a lovely man, was a honour to have met you. God bless

Bill Elliott is attending the funeral

Sharon Garcia is attending the funeral 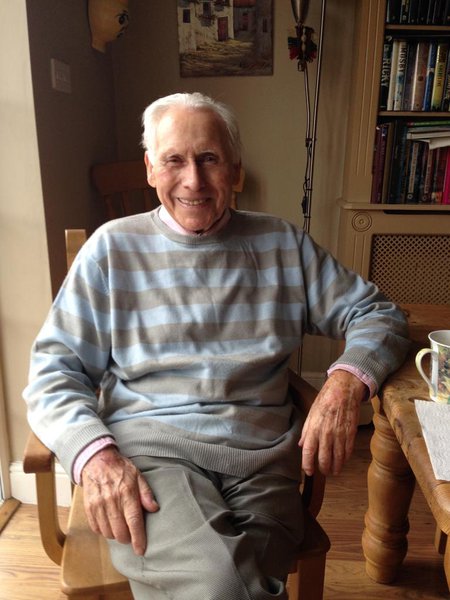 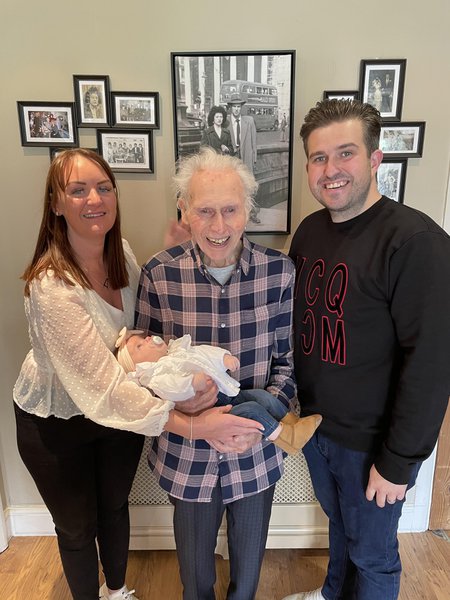 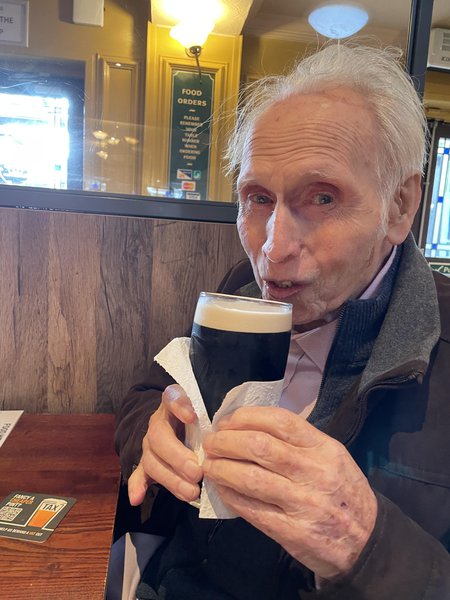 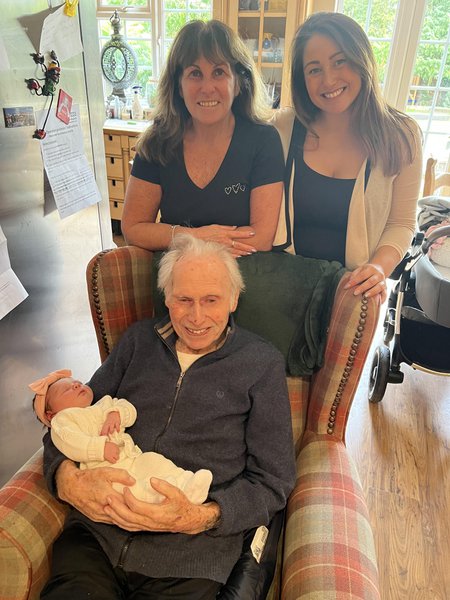 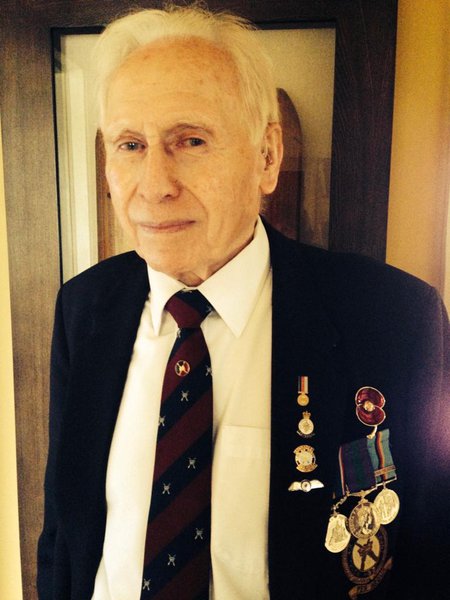