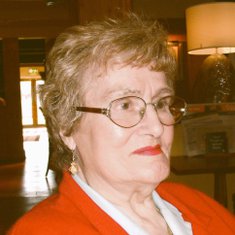 Hello - and thank you for coming to Mum’s service today. I know that some of you have not managed to be here in person, and are joining via the webcast, so on behalf of Sally, Josh, Oli, and myself, I also wanted to welcome you.

So my Mum - Jean Plummer. Well, and this has to be said just once, her full name was Flora Jean Plummer. Now she would be giving me the stare at this point and telling me how much she disliked that name. But it had to be said, just once and then will never be mentioned again - I promise

So, what can we say about my Mum? Jean Plummer was born in Broadstone on May 31st, 1935 - one half of a twin, with her sister Jill - to Sidney and Edith Haywood. My grandparents had four children in total - John, Mum, and Jill, and the youngest Peter. I always remember Uncle John referring to Mum as the “professor” because she studied hard at school and was always the clever one. The family lived in Broadstone, and Mum finished school at Henry Harbin in Poole (now Poole High School).

After school, she had a few jobs, but the one that sticks in the mind was the job at Woolworth’s in Parkstone, on Ashley Road. This is where she met Ron Plummer - my Dad. Dad went into the shop to ask Mum about her sister Jill, as he was thinking about asking her out. Instead, he fell for Mum and asked her out on a date. After courting, and a period of Dad in the Army stationed in both Egypt and South Korea, they married in 1956. They started married life in Branksome first and then moved to Sterte Court in Poole shortly after.
Dad worked as a lorry driver when he left the army, and they made their home in Poole. After 13 years of marriage along I came - who said 13 was an unlucky number? Shortly after I arrived, Mum and Dad moved from Sterte Court to the new council houses at Fleetsbridge, Christopher Crescent. This is where they would live for the rest of their married life, and Mum only left when she moved to Chalgrove Care and Nursing Home.

Mum was just a housewife - just a housewife… there is a term that hides so many aspects of what she did. Dad was away for a lot of the time on the road, and so Mum was everything to me. She maintained the home, made sure I was safe at all times, and also earned extra money by doing “outwork”. Mum would assemble light fittings for a local company, and I can remember helping by carrying the parts from outside the back door into the lounge where she would spend her evenings assembling the fittings.

Mum always worked - the out-work for Belena Lighting, cleaning at Hamworthy Engineering, working with her sister at their newsagent, helping to run the family-owned video stores, managing a video store in Wimborne. Throughout the years, Mum always worked to ensure that I never went without - toys, books, school trips, and more - Mum and Dad always made sure that they did whatever they could to allow me to have. Throughout all, she also helped with her parents wherever she could.

Mum would love to go out for drives in the country or by the sea - and once I had my driving license we would often for Sunday afternoon drives. I remember once such drive - my car at the time was a turquoise Citroen AX (a small call, like a mini if you don’t know it), which was basic, to say the least. We were driving through the Dorset countryside near Witchampton, when we rounded a blind corner with high hedges on either side, to see a very large blue tractor bowling towards us. Now, I don’t think I can make the noise that Mum made as her eyes fixed on the tractor, but I have never stopped a car so quickly, slammed the car into reverse, and found the nearest gap in the hedge to get out of the way. She always reminded me of the trip whenever we drove anywhere in the country after that.

One other aspect that always amazed me about my Mum was her tremendous willpower. Some of you will know that for a large part of her life she was a casual smoker. Never a heavy smoker, but a smoker nonetheless. Any yet her willpower saw her stop - cold turkey. I still remember the day - Sally and myself had come back from the doctors having just had the confirmation that Sally was pregnant with our first son, Joshua. We went to tell Mum and Dad and the moment we told Mum, she scrunched up the cigarette packet, threw it away and never smoked another cigarette again. I always marveled at her immense willpower - and it was a testament to the character of the lady that she always put others first.
Aside from being a daughter, sister, wife and mother, Mum was a loving aunt and godmother to her sister’s son Peter. Pete held a special place in Mum heart and I know that Pete loved Mum equally as much. The number of times I was called Pete rather than Gary was always a source of many smiles and laughter. Later in life, Mum became a Grandmother - Grandma Jean to both Josh and Oli. We’ve heard from Oli, and I know that Josh has similar stories and memories. Josh loved to joke and laugh with Grandma about how he was going to bust her out of the care home and how they would go on a road trip through France! She said to Sally and me how happy and proud she was that Josh had found Sarah (his fiancee) and how well he was doing in his farming career. She was also so proud of Oli and how well he was doing at university.

The last part of her life was spent in the wonderful care of the team at Chalgrove Care and Nursing Home. She missed Dad terribly once he passed away but the team at Chalgrove took wonderful care of her and she was very happy. She really enjoyed listening to her audiobooks, and would often tell me of the different stories she had enjoyed. The photo in the order of service is one that always made us laugh - Mum in the garden at Chalgrove enjoying a glass of wine - which is something that I don’t think I ever saw her drink when we were at home.

So, as I come to the end of my tribute, how will we remember Jean Plummer. As a loving and caring daughter, sister, mother, mother-in-law, godmother, grandmother, friend. But also as someone who always put others first. Mum always made sure that I never went without, that whatever I needed she tried to provide. She instilled in me a love of reading and learning, and she encouraged my boys to work hard at whatever they wanted to do. But most of all, my Mum had an immense sense of duty - to her parents, her husband, to me, and to the wider family. She gave me an example to follow and she was not only my Mum but was also my friend. I could tell her anything and she would always just listen, support, and love me - no matter what. Unconditional love came as second nature to her.

I will miss her…we as a family will miss her. But I know that she is back with the love of her life…Ron, my Dad. And that means the most to me. Thank you, Mum - for giving me everything you could, for loving me unconditionally, and for just being you.

Thank you Gary for sharing your lovely Tribute about your lovely Mum, and as you say she is now with your Dad. By the way my Dad met my Mum in Woolworths in Winchester where Mum worked obviously a good place to work.... Condolences to you and all your Family.... 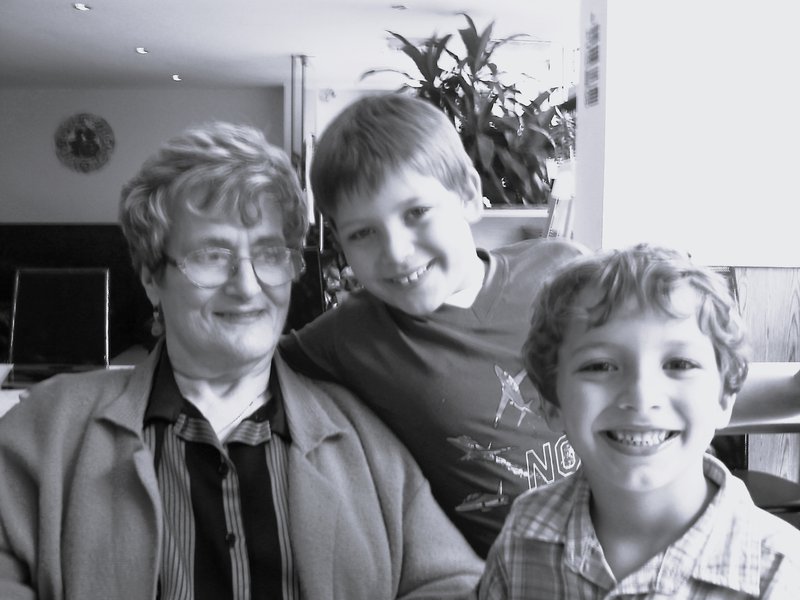 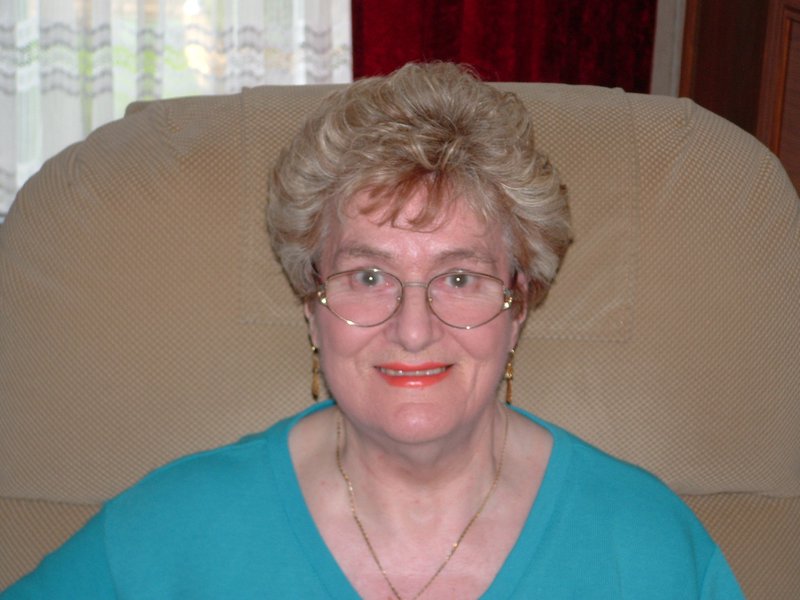 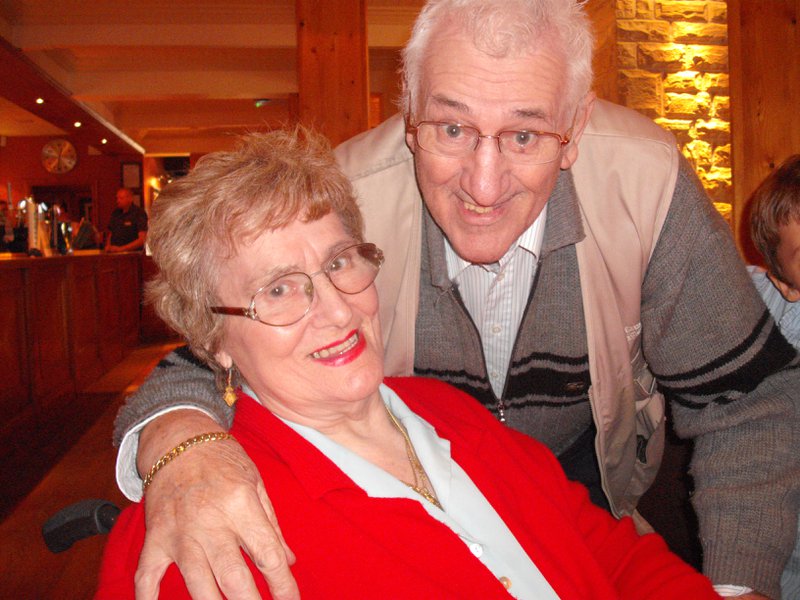 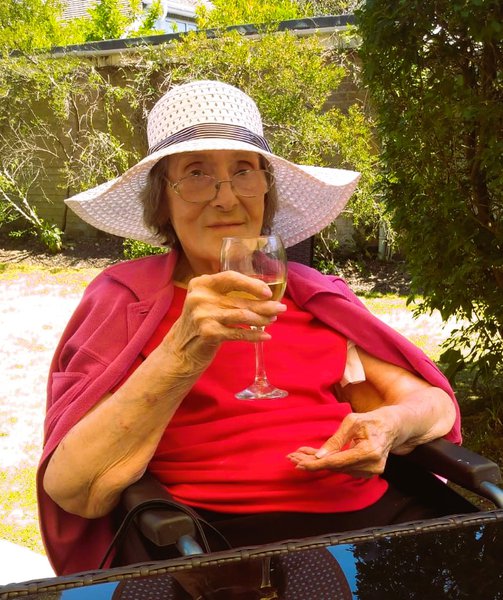 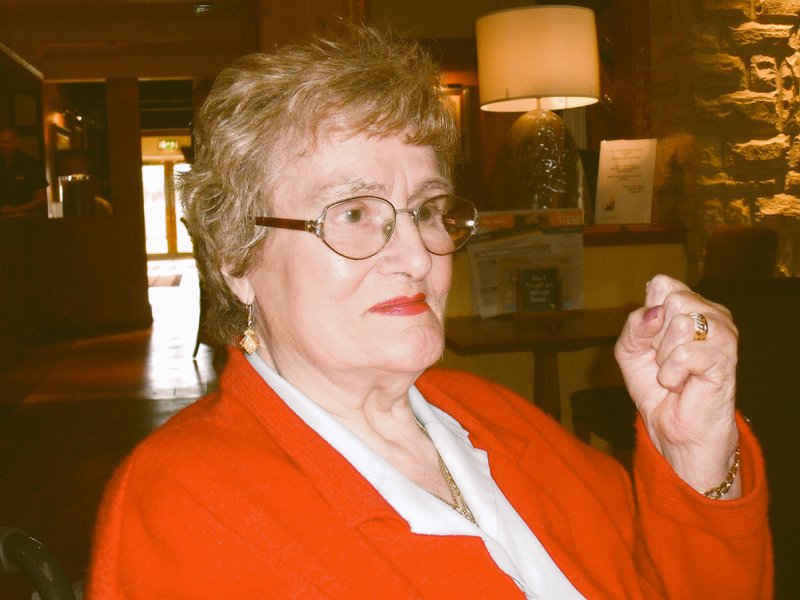