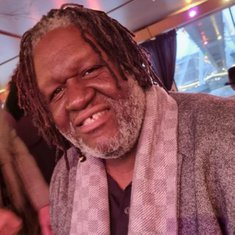 Donate in memory of
DasonAlzheimer's Society

Dason was born on 7th May 1971 in a Royal Air Force Hospital in Wegberg, Germany to Clevelyn and Vincent Dottin. Dason’s father served overseas in the British Army (REME) which allowed him and his elder sister, Chailean, to live in various parts of Germany and Malta for over 17 years. It was during that time that Dason learnt the art of making friends quickly and keeping school friends (Military Brats) for life. Dason moved to Barbados with his parents in 1984 where he went to St Michael’s secondary school. Dason was an active member of the cadets, taking inspiration from his Dad, and played football for The Graduates. Dason’s Mum was a nurse, and most would say this is where Dason’s supportive, caring nature came from. As his Mum would say ‘The apple doesn’t fall far from the tree’.

Dason moved back to the UK in 1990 and with the help of Chailean he quickly settled into his new life in London. It is here where he began his career of supporting vulnerable young people, people with a variety of disabilities and those who were homeless. Dason’s love of ‘people’ really shone through and he would take time to empower others, teach life skills and develop services so that people could thrive. In 2016 Dason began learning Reiki, an ancient form of energy healing and qualified as a Reiki Master in 2017.

Dason met his wife, Samantha, in Barbados in 1995 where they returned to marry on 12th May 2001. Their son, Ruben, was born on 21st July 2006 and they lived in London. As a family, Dason was keen to share the experiences of his childhood, and this would involve going camping, spending valuable time with family and friends and traveling.

Dason was a ‘larger than life’ character, a devoted husband, loving father, dutiful son, a caring brother, supportive family member and loyal friend. He was a charming mixture of qualities which is what made him so unique – great sense of humour, spiritual, loving, kind and generous. He always had an entertaining story to tell. He was a dedicated Spurs fan, and ‘brother’ to many - so many lives have been touched by this gentle giant. Last year, Dason managed to spend over 10 months with his parents in Barbados – this precious time meant a great deal to him.

Dason’s family would like to thank everyone for their extraordinary support. It has meant a great deal to them. The messages, calls and acts of kindness have helped them through this difficult time. Dason would be so proud of how those closest to him have responded to this heart-breaking situation.

The shocking loss of Dason has been felt by his family and friends across the globe. Sadly, in these current times of a global pandemic we are unable to have the enormous funeral that would have taken place pre Covid-19. The family is therefore planning a smaller farewell. Preparation for this will depend on the current protocols and will be a challenging task as Dason was known and loved by so many.

Dason would say that his religion was ‘love’, and we think this would be indisputable!

Please find below the link to the live stream:


Funeral Reception “By invitation only due to current safety concerns. Following the Funeral Service, the family will be mourning in private with close friends.”

May the soul of the faithful departed rest in peace.

Bittersweet Memories will now take the place of your smiling face and joyful nature. We reflect fondly on your light and love that touched many in only a way you could. We know you came for a good time and not a long time and we cherish that.

May the ancestors receive you with love and libation as you would have received your family and friends on earth.

Till we meet again

From Uncle Carson, Judy, Marsha, Alisha and our children

Dzolan Daniel is attending the funeral and the reception

So sorry for your loss. All my thoughts are with you at this sad time.

From our heart, we share the grieve and sorrow with Dasons family.
We remember Dason as a very kind and warm-hearted person.
He visited us with his family in December 2014, when they spent Christmas together with Nigel, Melanie and Al Ayaasha and we like to reminisce about their short visit by us.
Our thoughts and sympathy go out to Sam, Ruben and relatives.
Marga & Wolfgang

Karen Eastmond-Heisel is attending the funeral and the reception

I hold onto our memories.
The ones that are so dear to me.

You showed me a lot of things, I learned a lot I didn’t know (and probably some words I should have never known ;)
But you forgot to teach me one last thing. How to let you go.

I know we have been blessed to have you in our lives.
And we feel lost in many ways, you are not here today.

You will never be forgotten; always have a place in our hearts.
And as long as life and memories last,
Your soul and spirit will live in us.

You meant so much to all of us.
We felt loved by you and we could never love you less.
You brightened up the darkest day
and the cloudiest sky.

Not a day passes when your not on our minds.

If I had one wish today, I know what it would be.
Just to feel your big warm hug again, would mean the world to me.

Dear family Dottin, family Dottin-John,
I send you my heartfelt condolences for your loss.
I wish you a lot of strength for the future to overcome your sadness and this moment in time.

My heart goes out to you.
In Love, Hedwig

What an amazing personality will never forget you loved who you were.

My deepest condolences to Sam and Ruben. I’m praying for you and we love you.

Sam and Ruben I'm without words today. From time I heard of Dots passing like many can't get his face out my memory. All I'm thinking when we lime now, who's going to say "officer don't come out here you don't want to see what's going on out here" lol when he's burning his ting..who's going to brax brax whe3n I play a bad ass weed tune or tell me "officer you can't play that tune" lol..Sam I really don't know what to say. If we saw only a small side of Dots and we weren't living him, you would have seen the full Dots as his wife and friend and I cannot begin to comprehend that. Sincerest condolences from my family to yours. May the big man rest in eternal peace. PS hope you send him off with a little blunt..you know to burn when he gets home..😆 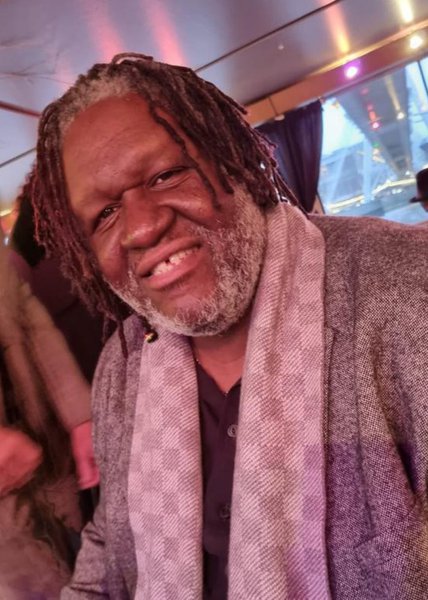