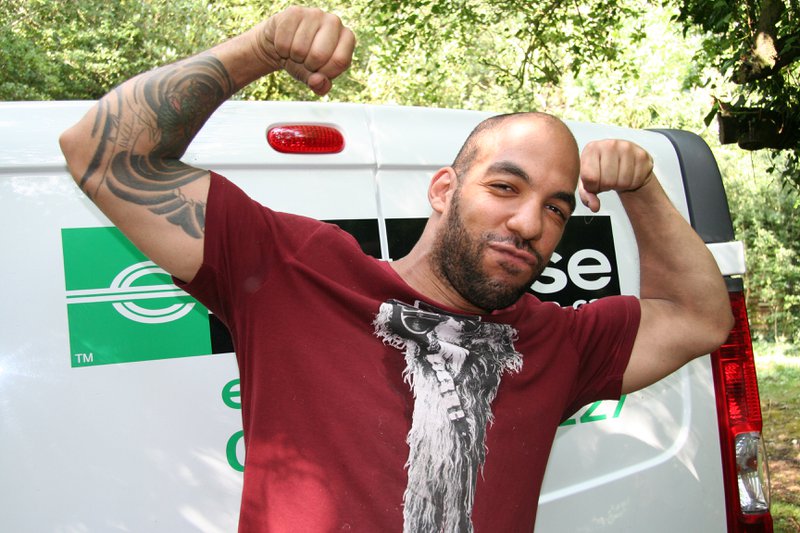 I was so shocked and saddened to hear the news about Chris. Chris worked as a volunteer as part of my IT team at Crisis on two separate occasions. He was extremely well liked and the whole team warmed to his enthusiastic and lively personality. It was a joy to work with him and he always gave everything in his role supporting staff and members with IT issues. He had a real appetite for discovery and learning and was always keen to explore new skills and improve his knowledge.

He also helped me move hundreds of boxes of archives at my family home in Essex and we had a wonderful day where Chris was in his element, demonstrating his considerable strength and cheerfully taking on the tasks at hand.

I always found Chris to be immensely supportive and friendly and he was a great addition to the team. I know that everyone who worked with him found him personable and warm hearted. I will miss him enormously.

I know that for Jenny and those two little girls this is a very sad and difficult period and I cannot imagine the grief you must all feel.

My warmest wishes and condolences.

I met Chris and Jenny while on a bus in Canada. From that chance encounter a friendship blossomed. Chris and I would chat on social media, Skype I think, and chit chat about his desire to move his family to this side of the pond. And I would try to think of anything to get them here... mostly, because I was selfish and cherished the thought of me being closer to this wonderful man. We would talk for hours which is strange because we had only met for a few hours yet we could wax poetic forever. I guess that is part of what made Chris, Chris... he was approachable and easy to talk with... I will miss that.

To Jenny and the girls: know that even though we are 8 time zones away, my love for you transcends physical distance and the quality of our relationship supercedes the quantity of time from which it is based. Know that you always have a home here in BC.

I ask myself is this real, are you really no longer here. We’ve knew each other for what felt like decades. We bonded over music, movies, likes, and travel. We saw each other grow up, met our significant others and had children during our friendship. We “understood “each other, we new when something was getting to us and helped each other understand or try to understand the changes and emotions we were going through. We spoke about the insecurities that come with being and adult and parents. We cheered each other on and helped you understand that you were enough to your family, that you were an amazing partner and father. I will truly miss you Chris, miss your quirks, your smile, and your dedication to our friendship. Your girls will love on knowing the amazing man and father you became. Till we meet again brother!! 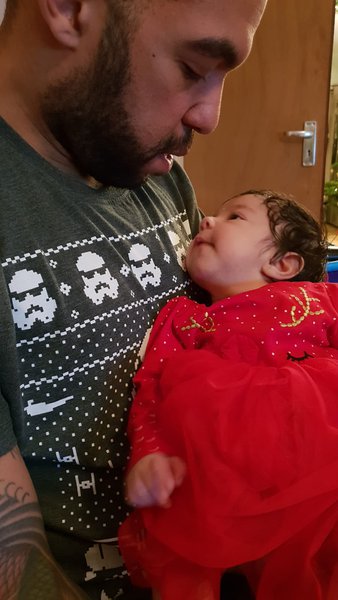 Your were an amazing father !! 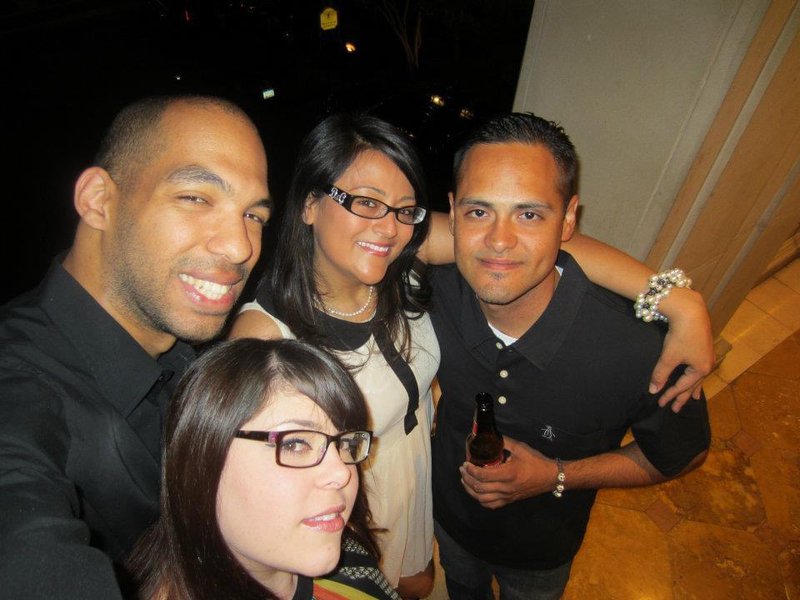 Such amazing memories of our Vegas trip !!! “Close fisted” 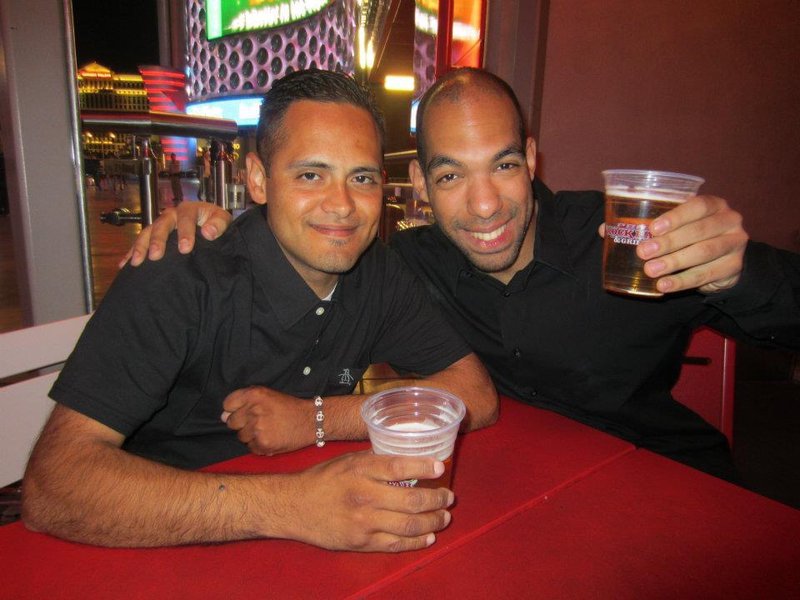 I knew Chris for 24 years. I'd never thought of it before, but Chris was my very first internet friend. I wish I had thought of that and told him when he was alive-- he would have gotten a kick out of knowing that.

I believe we met in a yahoo music chat room. It was the late 90s, and we bonded over music, and shared so many great songs with each other. And that's how it always was, in the years since then. I remember back when we would actually have to send each other the mp3s. I loved his taste in music, as well as his great personality. And he sort of introduced me to the internet, at least the social sides of it.

The last time we talked it was to share remixes of the Wellerman song, and it seems fitting that our last contact was about music, just like our first contact, and so much in between.

I remember him as some of his user names, like Dog_62 and error_404. And he sent me a couple remixes he made as MC Error, I think. Absolute fire, I could hardly believe he'd made it sound that good! Anyway, I eventually came to think of him as his real name, too. And as platforms changed we always kept on each others friends list, like myspace and then facebook.

I was often lonely, at different times in my life, and he made me less lonely as we typed back and forth, or often just said hello to each other.

I can't believe I'll never see him come up on my screen again, and will never swap tunes with him again. I have cried so many times since I found out.

We were "brothers from another mother" as he always said. We haven't talked as often these days, but had good memories, and kept in touch. While different friends came and went over the years, he was a steady presence, as we existed in the background of each others lives. In my interactions with him he was always kind, with a resilient vibe, and unabashedly sentimental.

Right from the start he had always talked about how he loved American things and wanted to go to college here. I remember his first visit, it was so crazy-- me and my friends had so much fun with him. Even though I'd known him a few years, I could not even understand a word he said in person, at first, because he had such a heavy cockney accent! And I'll never forget the way he'd jumble his words when he got a big goofy grin, and I never realized how much I liked it.

And then there was a whole little scandal because, ok so, my memory is really fuzzy here, but I was like 22, and I thought of him as roughly my same age. But I think after he had been hanging out with me and my friends for like... a week, or something? ...while supposedly trying to find a college to attend, it came out that he had been sort of deceptive or something about his age, because he was only just like, maybe turning 16 at the time! What a surprise! He was like 6'3'' or something, even then, and it was just shocking to think of how young he actually was, and had been all along. That was, I think, through all the years, the *only* time I was ever even a little upset with him. But it was hard to be too upset, because it seemed a little like a movie where a kid pretends to be older to go off into the world to seek adventure. He was apologetic, we worked through it, and made more memories. His visits were so fun, my friends and family loved him too, and they have always asked how he was doing, through the years.

During his visit he ended up traveling down to the Harley Race Wrestling Academy, and things didn't work out well for him there, but I never knew quite what had happened. But I remember he kept buying tasty Dinty Moore beef stew, and talking about how he needed our American food to fatten him up! Lol we had fun with that, intentionally finding fattening American foods for him to eat. And eventually thanks to Myspace and Facebook, I got to see pictures of him slowly working his way from a skinny youth into having huge muscles.

Chris was tough, but smart and artsy and peaceful at the same time. He was a guy who worked in both IT while also being a bouncer, what can I say?

More recently we had both begun distancing from the facebook platform, at least I had, and we were planning to link up on the Blizzard ap. I know we would have continued to connect online as communication programs evolved for the rest of our lives. And we were hoping to hang out in San Diego, too, someday. And maybe I would have eventually been lucky enough to be able to visit him in England.

This has been a heart-rending loss for me, and I can hardly imagine what this is like for those who saw him on a regular basis. He is the type of person who is extra hard to loose. He would be the perfect person to talk to, about something like this, but I can't. So I will try to be like him and be tough. But he will be forever missed.

It was such a shock to hear this news. I remember Chris clearly as a volunteer in Crisis's IT department, he was so approachable and helpful. I also clearly remember the last time I saw hi, probably four years ago: we were on the travelators at Bank station, going in opposite directions, but we greeted each other warmly.
Jenny, I can't believe how you must be feeling. I can only wish you strength and fortitude in the days and months ahead.
With great affection for you both, Keith

I have such positive memories of meeting Chris nearly 11 years ago when I first joined Crisis. I had no idea he was a volunteer to begin with - I just remember him fixing whatever it was that needed fixing - and the fact that he was so friendly and approachable. I'm devastated for Jenny, Nova and Lyra and the rest of his family. Rest in peace Chris and know you'll never be forgotten. Frances x

Chris, you were one of a kind. Remembering the fun times that we shared. You will always be fondly remembered. Lots of love Ron, Fleur, Jonathan and Amelie xx

Your warmth and wit lit up the room even in the midst of whatever daft IT problem we threw at you. It's been such a joy watching you and Jenny grow such awesome humans. It must be at least 10 years since I saw either of you in real life but I'm heart broken by the loss of you and of your smile that showed the world just how lovely and loved you were xx

May your light continue to shine through your beautiful daughters and the memories of your loved ones.
I had only met Chris once, but that was enough for me to enjoy is wonderful personality and humour. In the few hours I spent with Chris and Jenny, I don’t think I had laughed so much!
I still giggle at some of the stories he told that day! I share those stories now.
Love light and positive vibes to you Chris, I am so sad you’re gone so soon, keep shining your light bright, so we can always see you from where you are xx

I remember teaching you in school at a time where things were difficult, yet you had a zest for life that was infectious. Now, years later, we were friends, learning from each other, not as teacher student, but as friends. I will miss you and am glad I could see you again in person a few yrs ago. I hope you knew how much you meant to everyone because we all miss you terribly. RIP my friend

You came to me when I was so lost and were my first true friend. Wanting nothing from me but company and conversations. Lots of laughter. Some ups and downs but throght it all never did we let the distance change our friendship. Love you English nutt case. Definitely not an error. Your were an amazing father !!

Such amazing memories of our Vegas trip !!! “Close fisted” 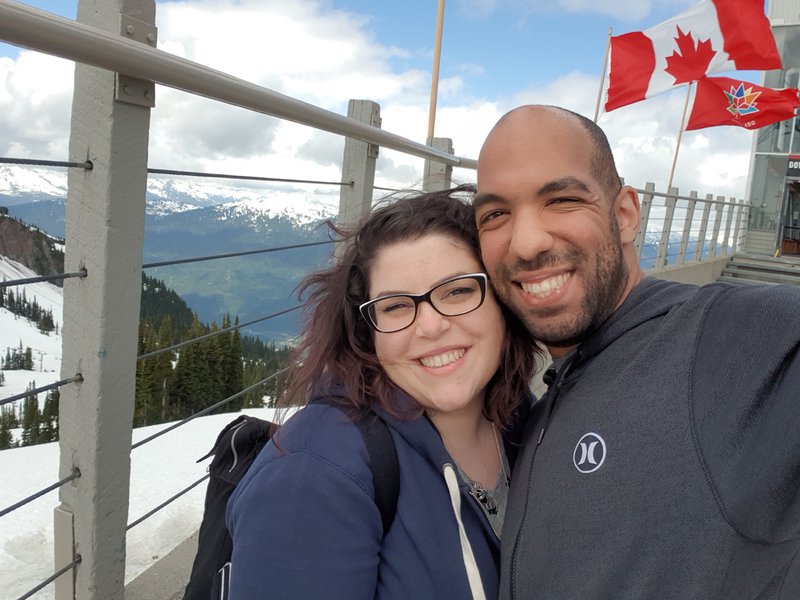 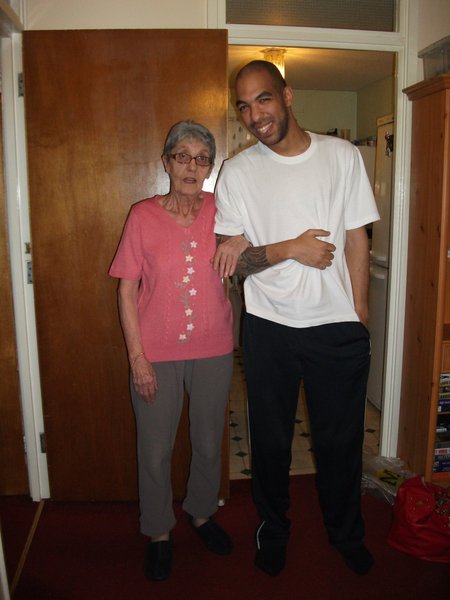 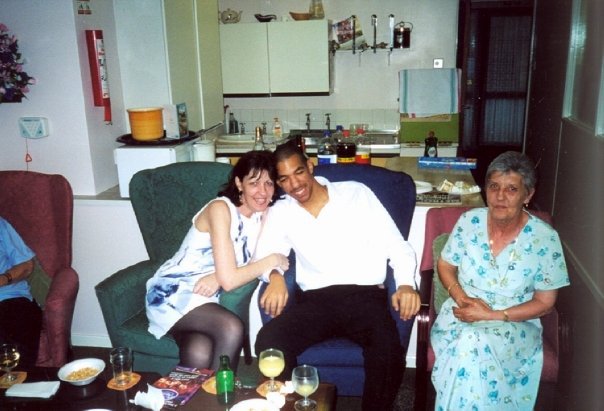 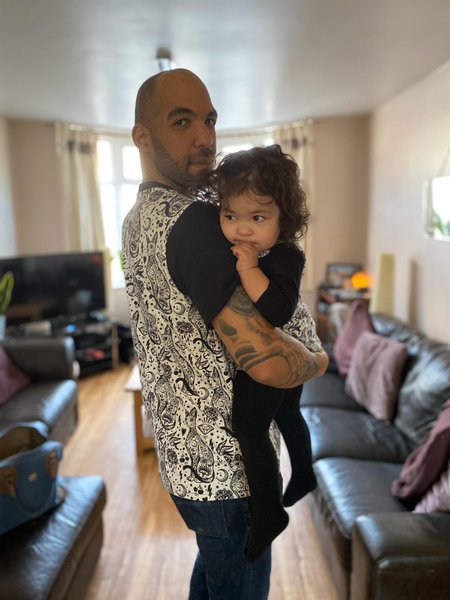