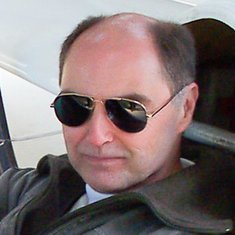 Donate in memory of
RogerHampshire & Isle of Wight Air Ambulance

Roger was a private man, shy and sensitive. He wore an, often impenetrable armour, especially if he didn’t know you and sometimes even if he did. In reality, it simply took him a little while to decide if he would let you in. If you were lucky enough to be accepted, you soon realised you were in the company of a very special man. He would almost always teach you something you didn’t know but he was happiest when he had learned something from you in return. He strived for honesty and fairness in all his dealings and expected, although often disappointed, the same in return.
He lived his life through his hobbies, repairing, maintaining, restoring and problem solving. Hobbies too numerous to list, each given his inexhaustible intellect and ability. To finish a project would be a disappointment to him, the enjoyment would always live in the unsolved. To be surrounded by the half-finished was to be surrounded by the opportunity to learn.
One particular hobby was, above all, his life’s passion. Flight. From the hovercraft he built as a boy, through model aircraft and kites as a young man to gliding and finally flying his plane in his retirement. Flying would be the single thread woven through his entire life. To fly was to be free. A freedom imagined with a kite or a model. A freedom he achieved with his plane.
He was an animal lover, he enjoyed their company, especially cats. He didn’t believe in owning a pet, rather he preferred an animal to choose to spend time with him. His last cat, a neighbourhood stray, understood this and would visit every day. Dad never thought to give him a name, it just seemed irrelevant, the cat didn’t seem to mind either.
His other love, of course, was Gina. Although they met later in life, they did not allow their life experience to temper their expression of love. Tender, often childlike, it would not be unusual to catch them playing hide and seek or dancing together. He loved and cared deeply for Gina, and no better demonstration of this love and devotion was how he cared for her in recent years, providing for her every need, and protecting her dignity.
As a Dad, he showed us how wide the world was, he widened our horizons. He taught us to be independent, self-reliant, fair, and honest. Often infuriating, always supportive. With limitless patience and generosity. Above everyone else, his was the advice you sought, knowing you would hear a truth whether you liked it or not. A medicine that was often difficult to swallow, but one you needed all the same.
His life can be summarised by the objects he has left behind. A Morris minor van he converted to our family car in the ‘70s. Still in working order. A meticulously maintained aeroplane. A colour television he built when most families only had black and white. Numerous clocks, all working, none with the correct time. A family photo album, filled largely with photos of planes. A book on his bedside table, he was teaching himself calculus.

He is survived by his partner Gina, his sisters Jen and Posy, his children Mark and Sarah and his grandchildren Jasmine, Sophie, Jamie and Max.

Love from Jenny and Terry

Ray and Julie Morrissey donated £40 in memory of Roger

We enjoyed socialising with Roger and his family for many years. As a work colleague everyone benefitted from his knowledge and expertise. Roger was always meticulous and tenacious in everything that he did. He was always as willing to pass on his knowledge and expertise to others as he was to absorb knowledge from others, a true professional. It is so sad to lose such an intellect and talent so abruptly. Requiesce in pace, Roger.

Sending lots of love to you all 🥰

Ray and Julie Morrissey is attending the funeral

What a terrible shock, only spoke to Roger a few weeks ago about organising our biannual flight together in his lovely Kitfox aircraft. I had known Roger for over 20 years and was fully aware of what a thoughtful and genuine person he was.
Very very sorry to hear this news. Deep Condolences to Gina and the family.

Michael Biles is attending the funeral

Condolences to the family. I wish we could have got to know Roger. What an amazing man. RIP. 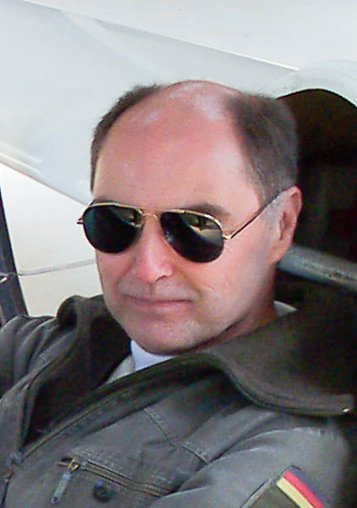