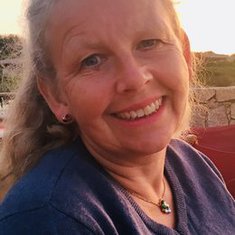 Donate in memory of
Susan PatriciaCrisis

In loving memory of Susan Patricia Kean who sadly passed away on 17th November 2021.

Lionel and Mary Pryor donated £100 in memory of Susan

So sorry at the loss of Susan. Bless her. Love to all the family.

Sue was a wonderful role model and mentor to many in the Old Mutual group across the world, leaving an indelible mark on many colleagues in South Africa. Her professionalism and quirky sense of humour made her a pleasure to work with. RIP Sue.

We regarded Sue as an angel for having somehow ripped our friend Jim from his sure path to self-destruction - but never imagined she would be watching over us all so soon.

I am very grateful to have been able to share the workplace with her over the time of the pandemic and during that time many early breakfasts and lunches with great exchanges and debates about very nearly everything.
So, I found that she wasn't just an angel but also a star.

Sue, you will live on through the people you inspired and even more the children you left with us.

Watch over us Sue, until we meet again

Rest in peace Sue 💛 You were an inspirational and amazing woman and touched the lives of everyone you encountered. Thank you for leading by example and everything you taught me xx

So sorry to hear of Sue’s passing. She was a tremendous influence on my career, and I count myself as very lucky to have had the opportunity to work and learn from her during my time at Old Mutual. More generally, she a fantastic person and a pleasure to work with. My condolences to Jim and the family.

Sue was such an amazing lady! Her bravery, selflessness, her kindness, her warmth and her beautiful smile will never be forgotten. I personally look on Sue as my son’s real life Fairy Godmother - she made his childhood dream come true - and for that I am eternally grateful. Sue, Jim and their beautiful family showered us with so much warmth and kindness whenever we met, but especially recently at Stuart and Becky’s wedding, despite Sue’s ill health. We are completely heartbroken for Jim and their whole family. Sue was an incredible lady who will never be forgotten and will live on in the hearts and memories of so many. Sleep well Sue xxx

I worked this year with Sue after she joined Inigo as Chair of our Risk Committee - its a short period of time but Sue's presence and help was felt in the early days of our Company. Sue was always very supportive of the risk function and to me personally - for that I am very grateful.

So happy and privileged I came along to the event with ex work colleagues a few weeks ago - to see the outpouring of warmth and gratitude from all was truly humbling.

Sending my condolences to the family.

RIP our beautiful Sue "Thank You" for being such a great leader, role model and inspiration to myself and so many; and for always taking the time out of your busy day to celebrate and share wonderful memories with your ERM Team at Old Mutual x

On behalf of all at Utmost

Sue joined us at Utmost in 2019 and brought with her experience but more importantly, an inquisitive mind which helped us move forwards with our ambitions.

Sue never let her illness or her battle with it impact anything she did – you wouldn’t have known that Sue was making regular trips to the hospital – but that was just the way Sue was.

Utmost has gained so much from Sue’s presence and all our thoughts are with Sue and her beautiful family, whom it was so memorable to meet a few weeks back when we celebrated Sue’s life.

My heartfelt condolences to Sue's family and all those who were fortunate enough to have met and known her.

Rest in Peace Sue, you will be sorely missed. You were such an inspiration to me and to so many, your generosity, sincerity and kindness will forever be remembered. x

Sue will be missed by everyone who knew her, a very sad time. RIP

A truly beautiful eulogy for a wonderful lady. Sue lived life to the full and was a love fullfilled in every respect.
I am so sorry not to be able to attend her funeral and celebrate her life. 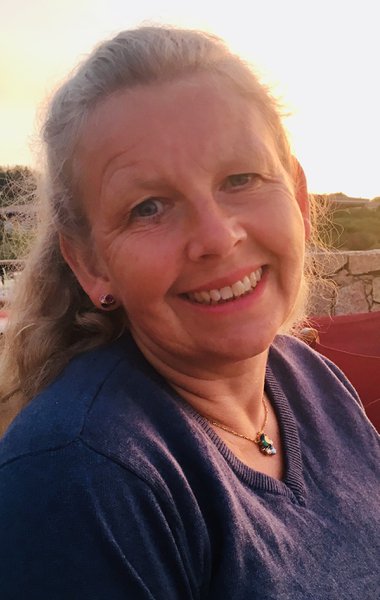 RIP our beautiful Sue "Thank You" for being such a great leader, role model and inspiration to myself and so many; and for always taking the time out of your busy day to celebrate and share wonderful memories with your ERM Team at Old Mutual x