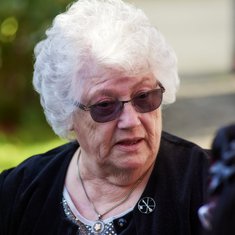 In loving memory of Maureen Davis.

Maureen Potter was born and raised in Pinxton. In her early years she was very proud to attend Swanwick Grammar School.

Employment saw her work at the Players Cigarette factory in Nottingham working in the laboratories and also in the labs at Silver Hill Colliery.

She then Married Brian Davis in 1965 at St Helen's Church Selston in the snow, and lived on New Street at South Normanton briefly before moving to Ball Hill where they remained. for the rest of their lives. They were blessed with two sons John & Mark.

She passed away peacefully after a short illness on Thursday 23rd September 2021. Maureen will be sadly missed by John & Maria, Mark & Allison, her grandchildren Emma & Elliot, Bradley & Finley.

Thinking of you all. Love Clare and Rich

So sorry for your loss John & Mark, your Mum will be greatly missed.

Paul and Sarah Ablitt donated £20 in memory of Maureen

Paul and Sarah Ablitt donated £20 in memory of Maureen

Our thoughts are with you and your family, Mark and John. Maureen made us so welcome when we first moved to South Normanton and was such a super neighbour. The chats over the wall, often about what wildlife we had seen in the garden (in particular our hedgehog visitors!) and the changing rhythms of the village over the years were a joy, as was her sense of humour! She will be sorely missed. With love from us both.

Pauleen and Branka Elliott and Balantic lit a candle

Pauleen &Branka Elliott and Balantic donated £20 in memory of Maureen

Maureen your going to be sadly missed RIP

Carole and Les Goodall is attending the funeral and the reception

In our thoughts. Dawn and Joe

I'm so sorry for your loss, over the years with being good friends ive got to know Maureen well, a lovely lady who will be missed so much, got to know her more will me working at care home where Norah was, we used to sit and chat, also started to do abit of cleaning twice a week for mo, even luke enjoyed coming to do that with me as they did puzzles together, crosswords, can't believe how quickly this happened, I hold fond memories of your mum, sending love at this time.xx

My memories of Maureen Potter begin in 1960 and will stay with me all my life.

I am so very sorry for your loss Mark and John. Maureen will be so sadly missed. She made me feel so welcome when working with you and gave me the privaledge of looking after her mum - Grandma Potter. I was also so humble to have carried Grandad at his funeral too. I will always feel an honorary Davis, she was like a second mum to me, freely offering advice and guidance and was always there when I needed her. My love and thoughts also go to Alli and Marie and her grandkids too. May Mo be reunited with her Husband Brian, mum Norah, Dad Wilf and Brother Trevor, not forgetting brother in law Cyril too. Still can't believe she's gone, I'll miss the Christmas cards in the post every year and the texts to catch up. Loving memories of her dressed in black, all sparkly with spooky jewellery at Steve and mines Halloween Wedding in 2015. I miss you dearly Mo, lots of love from Nicola and family xxx

In memory of my lovely Mum. Reunited with Dad. Rest peacefully. Thank you for making me who I am. 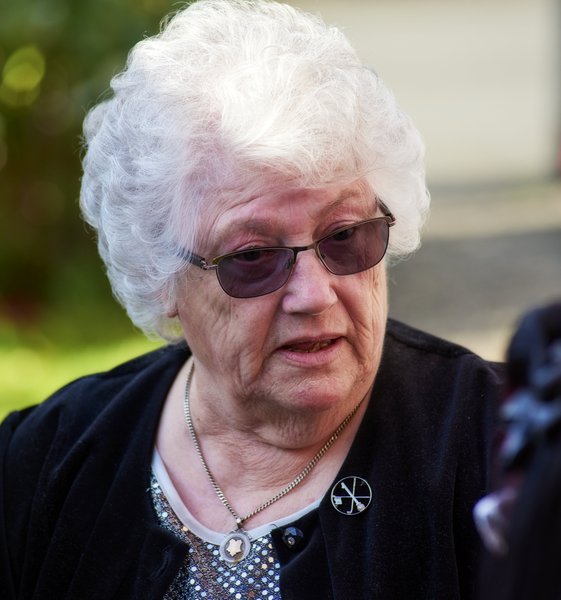