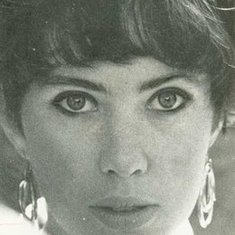 Donate in memory of
MogsProspect Hospice

Donate in memory of
MogsBrighter Futures

A video of the funeral service is available online at:
https://www.youtube.com/watch?v=BwPxAKJJxm8&t=0s.

A copy of the Order of Service is available at:
https://nickboon.neocities.org/Service_for_Mogs_Boon.pdf.

N.B. the Cafe & Cake Sale fundraiser planned for Saturday the second of October has had to be postponed owing to circumstances beyond the organizer's control. I will update the info here when a new date is confirmed.

A pdf version of the "Hinton Herald" posters designed by Mogs, and reprinted on the occasion of her funeral is available at:
https://phillipsandboonarchaeology.neocities.org/pdf/HintonHerald.pdf.


Mogs was born and brought up in Macclesfield, where she went to school and then on to art college.
You may be interested in Mogs’ choice of name! Her given name was Rosemary.  But when she was around 10 she was out and about with the family when a scruffy alley cat ran across the road in front of the car.  Auntie shouted, ‘Mind that moggy!’ – a word that Mogs and her cousins hadn’t heard before.  After some discussion about what it meant, Mogs’ cousins retorted – ‘That’s you, that is!’ which Mogs was strangely proud of. She had always had a cat and was an ardent cat-lover, so she made the new name her own.   Only her parents refused to use the new name. But if anyone else dared call her ‘Rosemary’ she would reply that she was ‘Mogs now’.  She even changed her signature.

Art College was a huge boost to Mogs' self-esteem, and there she was able to realise her potential.  She had grown up thinking she wasn’t very clever. We now know she suffered from dyslexia. As she said ‘the word wasn’t invented back then!’
She took a 2 year photography course in just 12 weeks and the lecturer was so impressed, he put her in for the exam and she achieved an excellent grade.

Even as a youngster, and in all her later life, Mogs was principled and passionate.
This often got her into trouble. And anecdotes abound about this side of her nature.
At school she shouted at the Headmistress for not taking action when a younger girl was being bullied.
At Art College, she went to Rag Week with many others, despite being forbidden to do so by the Principal.  When questioned, Mogs, unlike the majority of the others, admitted to doing so.  She was then suspended but still stood up to the Principal to say his actions were sending out the wrong message.
Also at Art College, the students had to do something ‘non-arty’ for one afternoon a week, which Mogs felt was a waste of her time, so she and a couple of other students stopped putting their name on the list of alternative activities.  It was only when one of the boys asked to do something else during this art-free time that the scam came to light, as there was no other activity to remove him from.  Once again, Mogs was suspended!

After Art College, Mogs had a variety of jobs.
She worked for ICI. The photo on the front of the Order of Service was taken by a colleague at ICI. It won a prize in a photography competition.
She also worked in a bank for a while, and did a business course.
She worked as a PA in London for an interior design company. This was the outcome of answering an advert: `Girl wanted. Go anywhere. Do anything'!
Later she volunteered as a librarian, providing cover for staff who were on maternity leave.

Mogs met her husband, Butch, in London.  His family was originally French, and had moved to Trinidad following the French Revolution.  Mogs and Butch married and lived in Trinidad.  Mogs’ Mum joined them on their honeymoon!
They moved back to the UK in 1979, after Nick and Jonathan were born.  In January 1980 they moved to Ashmore Green in Newbury, and then July of that year they moved to Brock Cottage in Hinton Parva. For a while Mogs' mother lived there too, before her death in 2002
So began her long and fruitful membership of this community to which she gave so much in different ways, and which has won Mogs so many lasting friends.

Mogs started volunteering at the Oxfam shop in Swindon when Nick and Jonathan were at school.
The Boon’s annual party – Boonstock and latterly Boonfest - was born out of the staff parties which Mogs used to host for the shop.  Her eye for design and her artistic flair, meant she was a natural for window dressing and merchandising.  She resigned from there after they no longer let her do this. She was quite proud that she was one of the few volunteers who was ever ‘let go’!

Mogs' character shone through in a number of incidents which occurred during these Oxfam days.
The shop was regularly visited by a drug-user who used to steal items.  He belittled the volunteers calling them ‘Little old ladies in cardigans’.  Mogs stood up to him and replied crossly ‘I might be old. I might be little. But I do not wear a cardigan!!’  Exit one shame-faced drug-user with his tail between his legs!
Then there was the scruffy tattooed man who carried a big bag.  Everyone in the shop seemed to get nervous just looking at him.   But not Mogs.  The man kept offering ridiculously small amounts of money for items that were price-tagged higher.  In the end, Mogs had had enough.  She walked up to him and declared that he was welcome to buy the items, but only at the marked price.  He left and everyone in the shop applauded!
Mogs also called out a regular visitor who made lewd comments and was too free with his hands. He left, never to be seen again, shouting ‘You’re no fun!’

Mogs contributed in many ways to the life of the parish.
She helped at the annual church Fete, quite often organising an archaeological dig as one of the fete attractions .
She attended church although she always said this was for social reasons rather than religious ones!    But she did seem to enjoy the services as well as the chat afterwards.
More lastingly, in 2002 she started helping and then organizing the flower arranging in the church.  She had no formal training but her background in design and love of flowers and colour helped.  The flower group has been an enormous asset to the life of this church as well as an enjoyable social activity. In addition Mogs was a member of the Bishopstone Gardening Society.
She also helped behind the scenes, and with the props and the prompting for the Bishopstone Players.   She was an avid reader and a member of a local book group.

But perhaps the activity which took up most of her time, and caused the most pleasure as well as the most frustration was her editorship of The Bishopstone and Hinton Parva News. Mogs was asked if she would take this on about 18 years ago.  She always blamed me for this, though I'm not sure I was the guilty party. However, Mogs made it her own and went out and sought interesting articles, doubled its size and introduced the colour edition.
It has been amazingly successful and most interesting, and of course, not without the occasional whiff of controversy. The Newsletter will long be a tangible memorial to Mogs' gifts.

Then there was her interest in Archaeology – Jonathan studied Archaeology at university and Mogs thought it sounded interesting.  She wanted to learn more but accidentally signed up for an Archaeology ‘A’ level.  Her dissertation was on Bury Mill, which lies down the lane towards Hinton Marsh Farm. It closed because access rights to it were stopped.    Mogs got involved in practical archaeology through her friend Bernard Philips. Bernard, a professional Archaeologist, used to help price the older, more valuable items at the Oxfam shop. And one day Mogs cheekily said ‘Perhaps one day I can come and dig with you’. But that joke turned into a job for her in the late ‘90s.
Bernard and Mogs have recently completed a book and Mogs had an Archaeology web site.
She organized and took part in many local digs.  Her most interesting local find was the skeleton of a baby, found in the corner of a cellar in Bishopstone.

Mogs loved people and being with people, and people of all ages and backgrounds, not least Nick and Jonathan's friends. You would know this if you ever attended one of Mogs' birthday parties or `Boonfests'. She loved to discuss matters and had an undying curiosity for new knowledge.
She also showed many acts of kindness. For instance, when one couple moved into the village, Mogs organized a soiree so they could meet the locals!

I well remember visiting her one day during her final weeks. By then she was in bed, but she said, `I'm fed up of talking about me. Tell me about yourself, Robin.' I though that was a remarkable and lovely attitude in one so ill, and typical of Mogs.
And when I asked her how she coped with so many visitors (as there were), she replied `But it's having visitors that keeps me going.'

I hope Nick won't mind if I quote what he wrote about his mum on his Facebook page:
"What can I say? She didn't seem to ask for much in life, but was open to any opportunity that came along and pursued projects that she thought worthwhile tirelessly. She had a flair for design that latterly found an outlet in dressing Oxfam shop windows, or orchestrating church flower arrangements, or editing the village newsletter. She loved history and became an archaeologist and a book outlining her findings has just been published. She wasn't scared of anyone and didn't care what people thought of her. She enjoyed chatting with folks. She liked throwing parties. She looked out for people. She brought me and my brother up."

Mogs' illness first showed itself about a year ago, but it was some time before the truth was discovered – that she was suffering from untreatable pancreatic cancer. Despite her gradually worsening health she lived life as fully as she could, cared for by Nick and Jonathan, and by the wonderful people from Prospect Hospice whose care and support for the whole family was invaluable. It's marvellous that Mogs was enabled to die where she wanted, in her own bed and with her family close by.
For that and for all the love and care she received from so many people we give thanks.
And of course, for Mogs herself with all her quirky nature and talents and achievements -
Thanks be to God.


Bishopstone with Little Hinton Parish: its Archaeology and History, by Mogs Boon and Bernard Phillips is available from the publisher, Hobnob Press (https://www.hobnobpress.co.uk); Swindon Central Library in Regent Circus; possibly the White Horse bookshop in Marlborough; and online from Amazon and Waterstones (ISBN 978-1-914407-20-8).

Rod and Marion Peck donated £50 in memory of Mogs

Happy memories of a good friend and times shared. God bless you Mogs.

Mogs was a lovely warm hearted lady which gave a lot to the community and will be sadly missed. Stuart, Fiona, Byron, Henry. 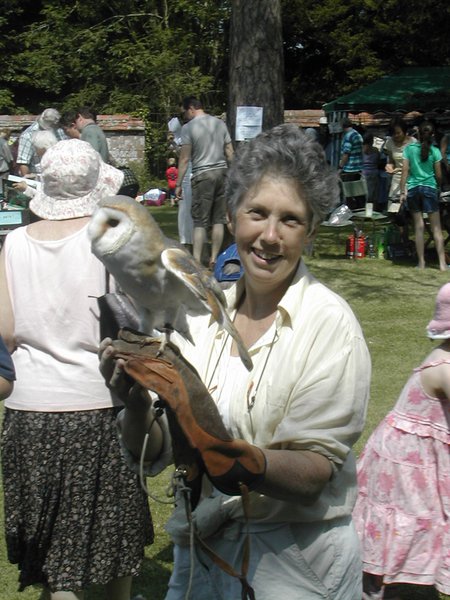 Dear Mogs, we will miss you - Simon & Joanna

Mogs a friend in both good and bad times.

For dear Mogs and those she leaves to catch up with her. 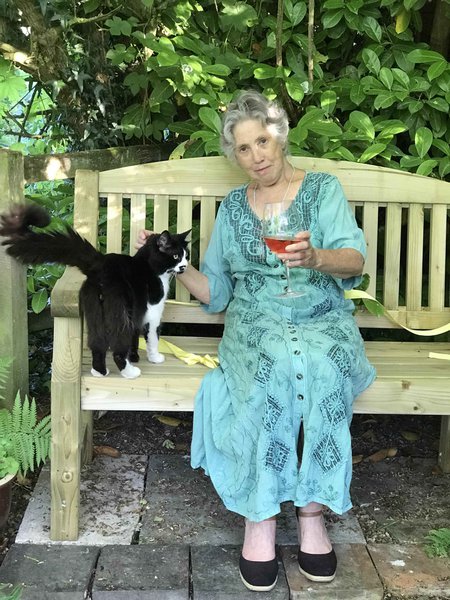 In memory of Mog Boon - loyal friend and ex-flatmate. 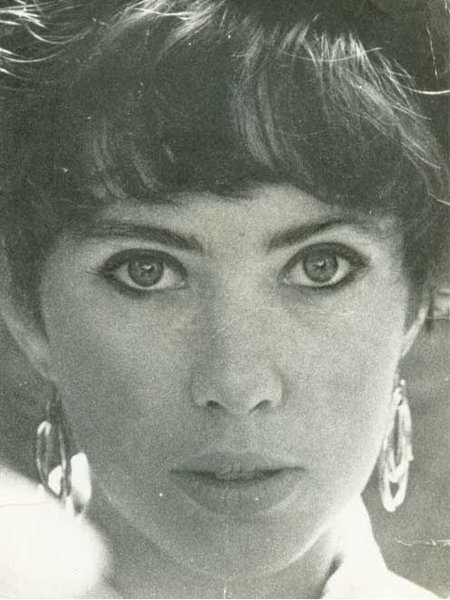