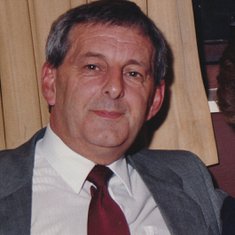 In loving memory of Robert (Bob) Patterson who sadly passed away on 27th May 2021Robert Earnest Arthur Patterson “Bob” was born on 2nd January 1942 to Doreen and Arthur in the village of Hassingham. Shortly after his birth the family moved to white horse lane, Trowse due to Arthur getting a job as a cowman. 15 months later a sister arrived for Bob, Dorothy completing the family. Bob attended Trowse County Primary School until the age of 15, never particularly academic but had a real love of sport especially football. He would regularly be found playing football on Scotchies meadow.He had a trial with Norwich City football club but turning professional was not an option after he fell off his bicycle and broke his collar bone.He did still play football for many local teams.

His first job was a butcher, after this he was a bread delivery driver working for Howlett’s which was where he met Betty, delivering bread to her family home. They were married in October 1968. Bob then got a job at Colmans working as a factory worker until around 1975 when he then changed jobs to a security guard at Colmans. Bob and Betty then had their first child Mark in June 1975, and moved to carrow hill where they lived until 1991, then moving to Rockland St Mary.
5 years later in September 1980 they then had a daughter Rachel. Bob thoroughly enjoyed his job as a security guard at Colmans, having many different roles including being first aid and fire safety trained. Colman’s was a very big part of the whole family’s life,as Mark and Rachel would find out when being out and about with their Dad. If they ever bumped into anybody whilst out with their Dad it was a running joke it would be, “someone who worked at Colmans!!” Bob remained at Colman’s moving back to a factory worker until unfortunately having to retire due to ill health in 1996.

Bob’s ill health began at the age of just 50 suffering a heart attack, following on with needing heart surgery 3 years later.This is when he joined the Norfolk Zipper Club being a committee member for over 20 years helping to raise lots of money for the club.


Bob was very proud of both his children, Mark has taken after him having a great love for all sports particularly football and horse racing. He was taught to fill in a football coupon and betting slip at the age of 7!! Mark too was also a keen footballer and Bob would always be there supporting/advising from the sidelines!! When Rachel told her Dad she wanted to go to university to become a radiographer, he was shocked as nobody within the family had done this. He did support her throughout her training, nobody being prouder than him when she graduated. She fulfilled her dream and now works within cardiology, a department Bob has had strong links with for the last 29 years.

Bob and Betty enjoyed many holidays abroad including a special trip to Jamaica for their 25th wedding anniversary as it was always one of his dreams to go to the carribean. The family also enjoyed many holidays to Pontins when Mark and Rachel were younger. The couple also shared a love of sports both playing in darts and crib teams and then later in life playing both indoor and outdoor bowls together. Winning may competitions and trophies. Another hobby Bob enjoyed was helping out as a barman both at Claxton village hall, The New Inn public house and The White Horse public house. Bob was always on hand to help out any friends that needed assistance adopting a variety of roles such as gardening and working at horse shows. There are far too many to thank individually for keeping him active in his retirement but thank you collectively to you all.

Bob had 8 grandchildren, all of whom he adored and was affectionally known to them as “Grandad Bob”. He always had time for them all, and would enjoy spending time with them.

Unfortunately in August 2018 Bob suffered a life changing stroke, spending 12 weeks in hospital, then moving to The Laurels care home in Attleborough. He was known as character within the home often entertaining the staff with his humour!! Bob was admitted to the Norfolk and Norwich hospital on 20th May 2021 with multiple health problems and passed away peacefully on 27th May 2021. Now finally at peace and no longer suffering.

R I P to a wonderful Uncle x 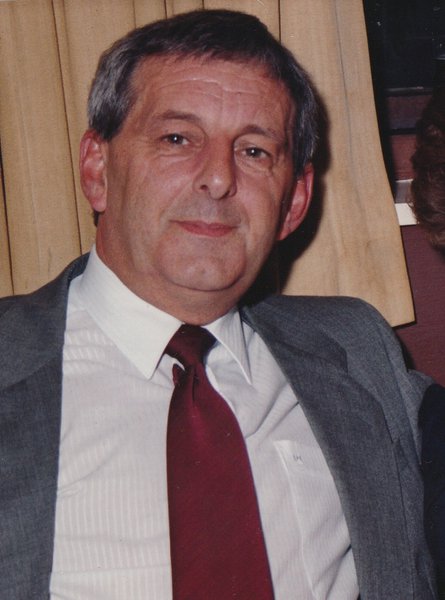