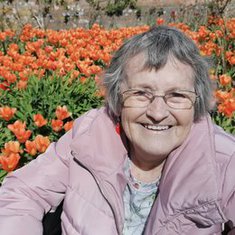 Donate in memory of
ValerieHelping Rhinos

Val was born, and lived most of her life, in Milton, Sittingbourne where she met her late husband Michael. Most of their working lives were spent at Shell Research Centre in Sittingbourne. Val was a passionate and caring lady with a great love for all animals, especially horses and dogs. She bred and showed Irish Setters for over 50 years, a love of the breed starting after watching the film ‘Red’ in her 20’s, which would last a lifetime.

In her later years Val moved to Harvel, Meopham where she devoted much of her time to the raising of her grandchildren. She became an active member of the local community, being a member of the WI and Harvel Village committees and numerous other clubs. She was always cheerful, willing muck in and lend a hand and a valued friend to many.

Amazingly in her 70’s Val had the courage and determination to travel the world on her own, fulfilling many long held ambitions. Trips included seeing orang utans in Borneo, blue footed boobies in the Galapagos, polar bears in the Arctic Circle and many trips to Africa. She became an active volunteer in various conservation projects most notably in Shamwari, South Africa, where she visited several times. It was at Shamwari that Val discovered a passion for helping and saving rhinos.

Above all though Val was dedicated to her family, she was an amazing and dearly loved mother to Tracey and Nana to Joshua and Hannah. She was an integral part of our family and will be greatly missed.

Val’s funeral is set for Wednesday June 16th. Sadly, lockdown guidelines mean the ceremony will be restricted to 30 people, so please do not arrive unless invited. However anyone who wishes can attend the burial at the Riverside Natural Burial Ground at noon on 16th June.

Val you were such an amazing lady . We will miss you xxxx

In loving memory of dear Val. I was lucky enough to share some wonderful travels in Africa with her. She was an inspiration to us all. rip lovely lady x
Love and condolences to Vals family and friends x

Gail and Mike Kemp donated in memory of Valerie

In loving memory of a wonderful big Cuz. With all our love.

In memory of a lovely lady Val Ede who I knew for over 45 years. Kind and caring who traveled to Africa to look after animals, always enthusiastic about animal protection. Was never short of advice regardless of the topic. Val was hard working and loved her garden. Val will be sorely missed by everyone who had the pleasure of knowing her.

Val was a great lady with a wicked sense of humour and a great love of life, lucky to have known her and shared time and skiing holidays with her. Not on the slopes but sampling the crepes.

In loving memory of val x

Donated in memory to val. A lovely lady. I only have fond memories of her. X

Thank you for showing us all the sort of things we should be achieving in our later years.

A privilege to have known you.

Auntie Val.
So many lovely memories of our times together.
You were a lovely lady, Auntie, and Friend
Kimmy xx

An inspiration to us all

RIP lovely. You will be missed massively by all of those whose life’s you have touched. We met through our love for orangutans but nature and you’re willingness to help endangered species was never ending. Fly with the Angels beautiful lady 💕💕💕

Life will never be the same without you

Life will never be the same without you. 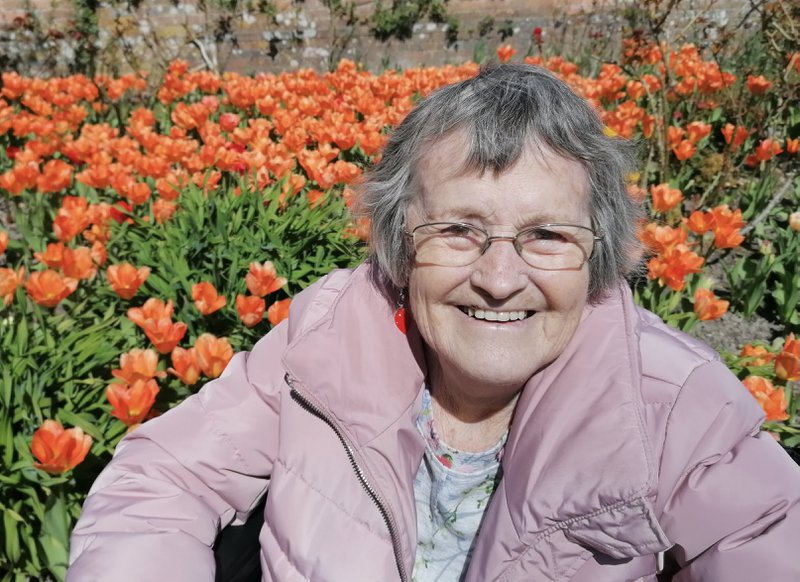