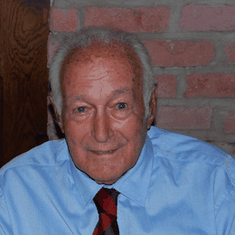 In loving memory of Brian Derek Lee, known to us all as Derek, who sadly passed away on 26th April 2021 after a short illness.

During his life, Derek worked as Teacher and Youth Club leader in Bradford, a Deputy Head in Doncaster and a Headteacher in Creswell. He was a Justice of the Peace and active member of Bowls Clubs in Retford and Mansfield.

Gordon and Jenny Smith donated in memory of Derek

In loving memory of Derek Lee

In memory of Derek, a great friend. Les, Rose and the Neave family

I had the privilege of serving as Derek's deputy at Creswell. He was a fine headteacher and a fine man. I will never forget his kindness towards me and the valuable advice he freely gave to help advance my career. Thank you Derek. My deepest sympathies and very best wishes to his family and friends.

With the utmost respect to, and sincere appreciation of a fine man and a life well lived

In memory of Derek