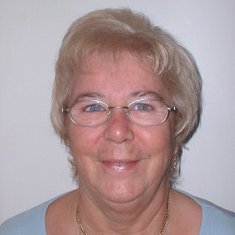 Sylvia came into the world on 31 December 1942 in Mayday Hospital, Croydon. Her birth mother, Madeline Compton named her Janine, however Madeline had separated from her husband and soon an adoption was agreed between Dorothy Devlin and Madeline, who were both keen darts players and had won trophies for the Croydon Ladies Darts Team.
So Janine Compton became Sylvia Devlin..

The family, Albert (always known as Pat), Dorothy, and the two children David and Sylvia were evacuated to the Windrush camp in the Cotswolds when their Croydon home was destroyed by a German bomb.

Sylvia went to school in Sherborn, where she met her lifelong friend Pat; then at age 11 she continued her education at Burford School

In 1958, when Sylvia was fifteen, she came home from school to find that Dorothy and Pat had adopted a new baby - Sylvia’s brother, Colin. For the first few years of his life Sylvia played a large part in Colin’s upbringing.

After leaving school, Sylvia worked in the punch room at Smiths Industries in Carterton, Oxfordshire. Another lifelong friendship was formed here with Geraldine (Gerry).

It was also during this time that she met her first husband, Brian. They married in 1962, and when he was stationed in Cyprus, Sylvia joined him courtesy of an RAF transport plane to Akrotiri.

She could vividly recall the nights of 21 and 22nd December 1963, when fighting broke out between the Greek and Turkish Cypriots, and the terrible sound of gunfire. She’d made friends with a family living just across the street from her billet, and she and Pauline huddled together wondering what would happen next.

July 25th 1964 was one of the most important days of Sylvia’s life. She needed ambulance transport to the hospital inside the British Sovereign area of Cyprus, which arrived just in time for Tina’s birth on British soil.

After returning to England, her new home was in Cheltenham. Her parents bought a care home on Leckhampton Road, which she always referred to as simply ‘138’. Also living at 138 was Harold, a butcher from Northleach. ‘Uncle’ Harold was a constant figure in Sylvia’s life, and he would later become her stepfather.

In the subsequent years, Sylvia worked in the payroll department at Smiths Industries as a comptometer operator (basically an electro-mechanical calculator). In 1971 she joined UCCA - the University admissions system. Her main role here was manual checking of application forms, and she soon gained promotion to head the team of up to 30 staff.

During the summer each year UCCA employed students to check A level exam entries, and place students who had failed to qualify for their preferred university - a process known as ‘Clearing’. Sylvia’s task at this time of the year was to oversee and control some of these students, who were more interested in having fun. Some of these former students also became lifelong friends, showing Sylvia’s skill at getting the job done with a smile, while turning a blind eye to some of the more outrageous pranks.

The late 1970’s and the 1980’s were times of change for Sylvia. In 1976 Albert passed away while Sylvia and Brian were on a camping holiday in France. A year or so later Harold became her new stepfather. By 1987 her beloved daughter was married and at the same time Sylvia’s own marriage was over except for the small matter of a divorce. She’d rented a room in a shared house in Cheltenham, then a small flat in Tewkesbury, and finally suggested to ‘Mum & Harold’ as she always referred to them that they all buy a property together, and she subsequently organised their move from Chepstow to the bungalow they had chosen.

It was in 1989 that she made a home with her husband-to-be, John. After two years in their basement flat they moved to the bungalow which would be their home for almost 30 years.

Sylvia was passionate about many things. She loved meeting people and formed lasting friendships wherever she went. She was generous in giving her time to a number of charities, including the Samaritans, Chernobyl Children’s Project, and Marie Curie. She supported many more causes too, poverty relief in the third world, animal welfare, environmental issues, war veterans, the RNIB and many others.

She was a prolific reader, everything from a cozy mystery story to a gory thriller or in non-fiction anything to do with history, ancient civilisations or other present day cultures.

In 1992 she and John took their first long-haul holiday together to the United States to see the Grand Canyon and the Mesa Verde, cliff dwellings home to a pre-conquest tribe. Later the couple visited far-flung places all over the world to visit religious and cultural sites, to see the wildlife in Africa and Asia, to be amazed at the beauty of mountains, canyons, volcanoes, but most of all to meet the locals and get a sense of other ways of life.

Inspired by their first travels, Sylvia and John studied A level geography as a part-time evening course in 1997, which led to an even greater appreciation of today's fragile world.

There was one further surprise in store. Sylvia's mum had always kept her personal life to herself, so Sylvia didn't even know that she had been adopted until an aunt told her when Sylvia was a young teenager. The same aunt also mentioned that Sylvia might have a half-brother 'somewhere'. It wasn't until early in 2004 that she finally traced Mike, who was living in Malaysia. The same year Mike married Vivian, whose family originated in China. The wedding was in Cheltenham, with Sylvia and John as witnesses. The grandchildren, Tabs & Fleur, were the bridesmaids. Afterwards, Sylvia was constantly in touch with Mike and Viv through email and there were some wonderful times visiting them in Malaysia. She loved her extended Chinese family, just as she loved and cared for anyone she met.

Sylvia brought light and love to everyone she knew, and will be sadly missed, but never forgotten.

Greatly saddened to learn of Sylvia's passing which came as a real surprise to me.
She was always someone in whom I could share things. My thoughts are with John and the family at this
Very sad time for us all.

Very sad to hear of Sylvia's passing. She was a colleague of mine in the same department at UCAS and was always such good company and fun.

so saddened to hear of Sylvia's passing, she was a good colleague and friend, she was my first manager at ucas when I joined at the beginning of 94, very welcoming, supportive and encouraging, and later we shared an office for a while we were always laughing and joking, they were good times.
Be at peace Sylvia.

In memory of our Aunt Sylvia from the Gilchrist clan . Thank you for the memories and the Lion that gave me strength when I was young.

Sylvia was a kind warm and generous friend . Her infectious laugh was a joy and I will remember her with so many happy memories. Love you xx 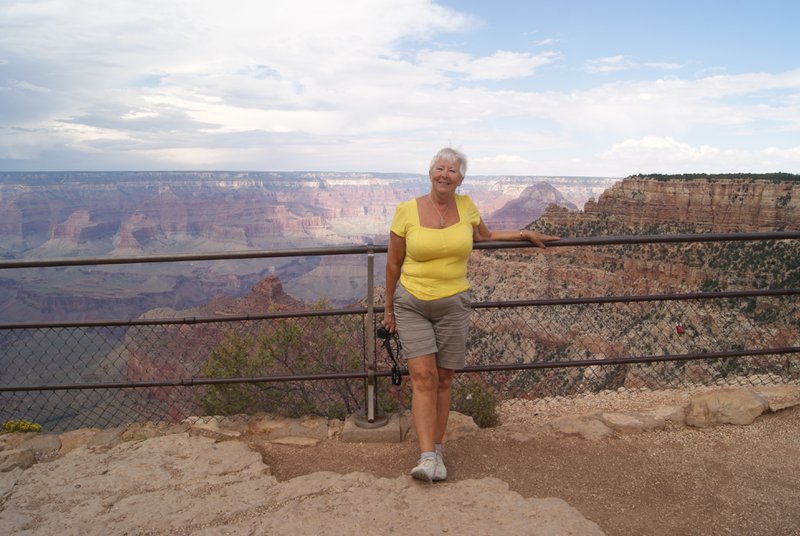 So sad that Sylv has left us. But she will never leave our hearts. Will always remember her cheeky smile and mischievous nature. A joy to be around. Both me and Emma remember our get togethers they were always great fun. Our love to you John.

Brenda and Shaun Colvin donated £20 in memory of Sylvia

Remembering Sylvia with fondest memories of our time together at UCCA/UCAS and for introducing us to each other.

A wonderful friend to George and Chris

Remembering Sylvia, a warm, caring, funny and lovely lady, who will always be fondly remembered.

Sylvia will be remembered as a kind, generous, wonderful women always positive, happy, who loved life and adventure. She loved her family, friends and her dogs. A beloved Wife to John and the best mother in the world.

Will be totally missed by so many, love from Freda, Barbara & Nick, Pat & Nick and family.

A fantastic friend during our time at UCAS (guaranteed to liven up any work meeting with her witty observations) and a great host.

A heart so big and full of love. Her amazing smile and sparkling eyes filled with laughter and mischief and fun that would light up a room. We miss her. We hope this small donation will help to better understand and treat the illness that she bravely bore and that she fought with such courage and strength. 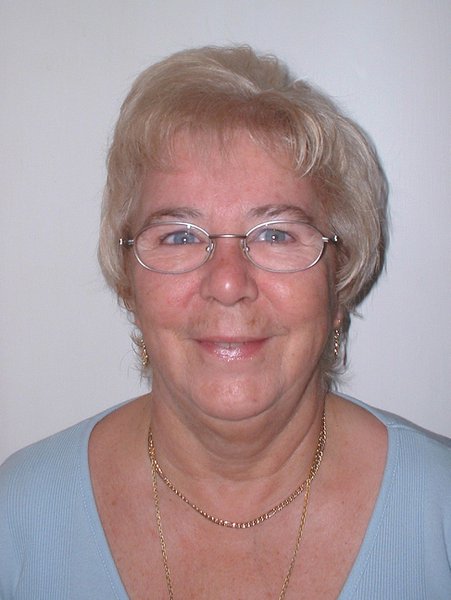