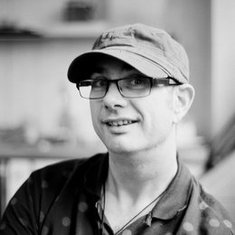 Donate in memory of
MarkSwitchboard

Less than 3 weeks ago, the vibrant soul that was Mark Anderson was lost from the living world.

From his 1980s arrival in London at the tender age of 18, Mark not only loved life but loved others too. London’s LGBT Switchboard was one such mechanism for sharing the love, and Mark was integral to that organization’s early years.

Mark was born in Liverpool, living in Toxteth with his parents and two younger brothers until events saw the family relocate to Widnes in 1981. After arrival in Widnes, Mark qualified for entry to Wade Deacon state grammar school, where Mark continued to A ‘Levels. That could have led in any number of directions, but Mark’s vocation was with his feet on the ground, with a customer facing role at Paddington Station.

Independent of his home background since the age of 18, Mark initially lived in Reading, before finding his feet with lodgings in London’s Paddington. Music was a love he carried with him, always vibrant as his personality. The Human League strongest of all, he was later to introduce me to their live performances at Brighton Pride, the Royal Festival Hall, and festivals across the land.

When I was to meet Mark many years later, his connection to London’s LGBT Switchboard always sparked his enthusiasm with any encounter. Alongside Mark’s love of music, and keeping the customer satisfied, Mark was prominent in his charitable voluntary work. It is LGBT Switchboard for which we ask for donations to honour of the life of Mark. This allied to Mark’s active membership of the Labour Party, which began at 18. Please direct your appreciation to https://www.justgiving.com/fundraising/markypark

After Paddington, Mark joined Kybor in South London’s Tooting, with a strong friendship enduring the whole extent of Mark’s living days. Beyond Tooting, Mark moved to North London, joining Dimi in his Highbury flat, all the while keeping the customer satisfied at London’s Paddington Station, where the family that is the railway will forever remember him fondly.

Around 2012 I began to know Mark, having occasionally encountered before. In 2015, Mark was spending a lot of time at my house, where my lodger Roman was also entertaining Miwako. With Roman and Miwako setting up together, Mark took the obvious step and joined me full time in the 2-bedroom house that had become my first stable home.

Through the challenges I faced with misunderstanding from the world around, Mark was forever steadfast. A solid foundation whilst my previously sound world was shaken by public misperception and misguided attention from wolves at the door. That, I will forever appreciate. Mark, upon joining me, was struck dumb to discover my regular salaried mortgaged finance not matching popular perception, but as a mark of his character was undeflected from loyalty to me.

After work one Friday night Mark proposed to me. I was taken aback, but immediately said “Yes”. We married in 2018, having waited for Marylebone Town Hall to reopen after rebuilding. For my whim to marry where my ancestors had married, Mark was patient and understanding. Meanwhile, we had fulfilled one of Mark’s dreams, to care and nurture a pet. With Opal, my previously adopted cat, and Ruby the Yorkshire Terrier adopted from Battersea, Mark showed great love as we built our little family, supported by Mark’s life of rail and my world of Architecture. When Ruby needed company, we introduced a puppy to the mix. The effervescent Truffles echoes Mark’s spirit and joy of living.

Less than two short years ago my husband Mark was diagnosed a Parkinson’s type syndrome. March 10th this year the diagnosis became Motor Neurone disease, and Mark was only to continue for another 5 weeks before expiring at home. His spirit was trapped in the confines of hospital, at home he had the love of the dogs that he brought into the household.

Less than two short years ago my husband Mark was diagnosed a Parkinson’s type syndrome. After long term sick leave, Mark took early retirement at 50. Whilst the condition changed with increasing rapidity, we still believed ourselves to have some years to enjoy. With our differing facades, Mark and I shared a common determination, but to no avail.

In March of 2021, the diagnosis became Motor Neurone Disease. Mark was only to continue for another 5 weeks before expiring at home. His spirit was trapped in the confines of hospital, at home he had the love of the dogs that he brought into the household.
My career changes led me to secure a bungalow in Yorkshire, suitable for caring for Mark. In his newly settled lifestyle, Mark was looking forward, regardless of ever encroaching disability. Alas process was still ongoing as Mark slipped away one afternoon.

For the social magnet that was Mark, yest the customer focused and home loving man, whom I first met in party mode, the world is missing a treasure without 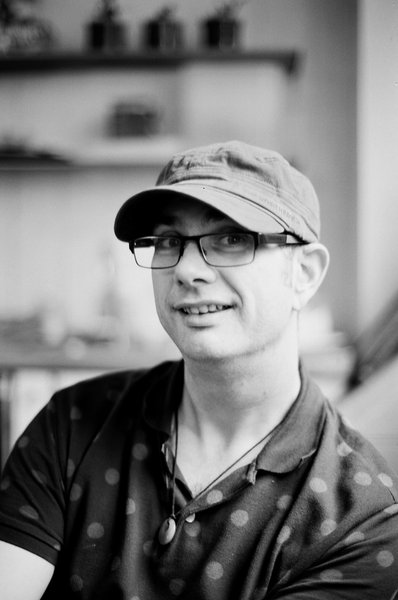