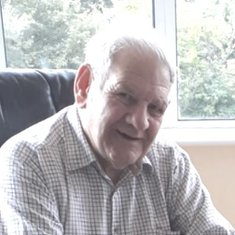 Donate in memory of
LeonardMarie Curie

In loving memory of Leonard 'Fred' Lewis who sadly passed away on 13th April 2021. A true diamond amongst men .

Our dad was a diamond amongst men, he taught us so much and did so much for friends and family as well as his village, it is difficult to know where to begin.

Born 9th December 1936, the third eldest of Ivy and Jack Lewis, at 1 Hillside Manston; although he often said he was born at Granny Day’s No. 11 Manston; the house which he many years later bought at auction.

Growing up he was often up to mischief with cousins Tony and John who were living at No. 11. Maybe that’s why he thought he was born there, who knows……….

They would go scrumping in farmer Hunt’s orchard and roam the fields building camps, etc. Often one or the other would be injured during their pranks on each other with the words “don’t tell our Gran” or “mother me guts”.

Grandad Jack took dad rabbiting with ferrets and this became a passion for dad, even persuading Jack to buy a dog from the market, calling her Trixie; for years dad, Trixie and the ferrets would go rabbiting, bringing back the catch for the pot; it was a hobby that lasted for years.

Spencer and Lewis remembered watching dad catch rabbits in the garden, fascinated by his skills and giving him lots of encouragement ‘to do another one Grandad’.

At the age of 14 dad left school to join the family building firm with his father Jack where he learnt his building skills; playing cricket and football at the weekends, playing for many teams along the way.

Aged18 he was called up to do National Service and in April 1955 Dad joined the 1st Battalion Dorset Regiment at The Keep in Dorchester, later transferring to the Carter Barracks, Bulford Camp in Wiltshire to continue training before deploying to Minden, Germany, where dad became driver to the Company Commanding Officer. Dad enjoyed the role and stayed for an extra year completing three years in total. This life Dad thoroughly enjoyed, but the family building firm needed him back, so he re-mobbed in 1958.
Settling back to life at home Dad continued building and playing cricket. He met mum at cricket whilst fielding; she was leaning out of the window of her house watching – so taken by her beauty he counted the houses along the street and after the match bucked up the courage to go and knock on the door to talk to her. In 1965 they married in Shaftesbury. He really did bowl a maiden over!

In 1968 and a year later Karen and Philip were born and dad eventually bought Granny Day’s house at 11 Manston, renovating the house and eventually changing the garden from a football pitch to a garden so stunning that passers by would stop to admire. Gardening was a passion for both Mum and Dad, Dad specializing in prize-winning Dahlias. They lived there until 2014.

As Karen and Phil grew up they were taught the value of working for what they wanted and having to do their part to pay for their hobbies. Dad became a Cub leader when Phil joined the Cubs, becoming Baloo and helped run the Cub Scouts.

Dad always supported both of us, and was fully involved in Phil’s hobby of motor cross racing, taking him to meetings and acting as mechanic, following Phil around the track, putting him back on the bike and pushing him up the hills. As Phil became more experienced, Dad supported at every race as a spectator, feeling very proud of his son’s achievements around the country.

Phil later joined his Dad in the building firm L.F.LEWIS and Co., learning his trade from dad; they built up a close bond during these years and Phil often reflects on how proud he feels at being given the opportunity of having those times together.

A countryman through and through Dad was a keen gardener, had a vegetable allotment and a smallholding with pigs, lambs, cows, chicken, ducks and, funny enough, pet rabbits. There was no tractor to support his ventures; it was Karen and dad who mucked out the cowshed by pitchfork into a dumper truck, muck spreading 5 acres by hand. Dogs played a large part in Mum and Dad’d life, rescuing several over the years.

Dad was generous with his time and caring, he could talk to anyone and everyone and always willing to lend a hand. He had a great sense of humour but his jokes were usually terrible; his Dorset accent never left him.

Family mattered a great deal and when Ena his sister died he and Veda took nephew Ian in to live with them at No. 11.

Village life meant the world to Dad, he led the group to re-build the village hall, he organised village events including auctions, the Jubilee celebrations, fancy dress parties in the Hall and the annual fete - sourcing raffle prizes, running the plant stall and later ‘Guessing Sweets in a Jar’ and generally fetching and carrying. He was a member of the Parish Council, a Bell Ringer at Manston Church and across the county, a diligent Church Warden always making sure the church and grounds were properly maintained. He drove the fundraising for the church organ and installation of the Lynch Gate to celebrate the Millenium.

On retirement Mum and Dad invested in a camper van, where they went on many holidays to the Lake District, Cornwall and Devon, with friends and later with Karen and the grandchildren. Walking the Dorset Coastline became an aspiration.

When they moved to West Moors the camper van was sold and holidays were then taken in their beloved Isle of Wight.

Caring for Mum at the start of her dementia, Dad would often take mum for drives around the New Forest and later when Mum went to a care home, his days were spent visiting her twice every single day. When his beloved wife died in September, unable to be without her it broke his heart. He is so happy now to be back with her.

In loving memory of Fred from Jim and Jill

To a man who will be truly missed

Very grateful to have known Lewis’ hero. Your love for your wife will inspire our marriage forever. Thank you for welcoming me so warmly into the family. Sorry that I always did something weird to the toilet paper...lots of love xxxx

Will treasure the times I had with Fred and his family. Reunited with his lovely wife. RIP. With love Michelle xx

Thank you for the lovely memories I share both at motocross and with your caring family. Reunited with your loving Vida. You will be truly missed. With much love x 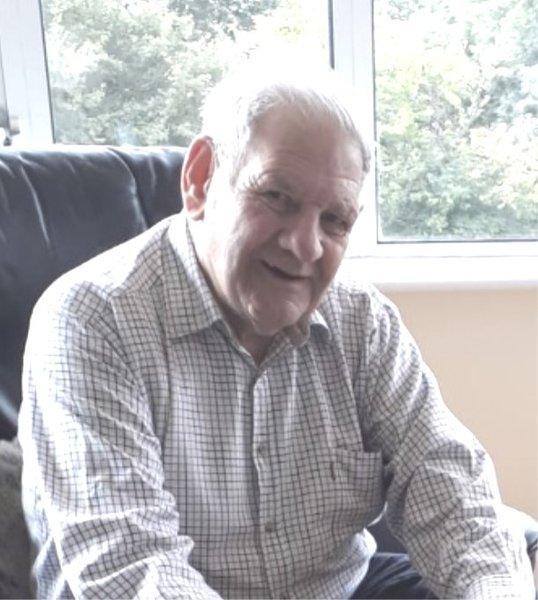