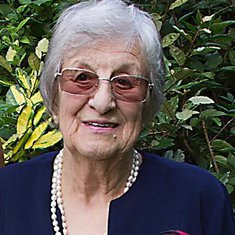 Donate in memory of
JuneDemelza Hospice Care for Children

June was born on 27th June 1935 in Lower Halstow, near Sittingbourne, Kent. She was the only child of Win and Leslie, Rouse. Her Father was also born in the village, but her mother came from the Faversham area of Kent.

Prior the second world war, her family moved to a new house in the village, three bedrooms, large garden surrounded by orchards, an ideal playground for a small girl with many other village children. She spent a lot of time with both her grandparents and many aunts and uncles both in Halstow and Faversham.

Her father was called up in 1940 to join the war effort. This was a very difficult time for her mother and herself. Her father served overseas, North Africa, Palestine and India, Sicily and Italy, ending in Berlin. June always told me that there was a figure of a soldier in the east window of the church at Lower Halstow, if that remained intact from the bombing, her father would come home. He served overseas for five years, and she did not see her father throughout this time.

She attended the village school and then at Rainham Secondary school. This was a very happy time of her life. She was good at sports, as well as her studies, and represented her school at running and hockey. Amateur dramatics was also important, as was her guiding activities. She still has her guiding whistle. She was also good at music and on one occasion with a group from Lower Halstow Guides, sang at Canterbury Cathedral.

On leaving school at 16, she worked in Sittingbourne at a news agent, and also attended night school to learn book keeping and secretarial work. After two jobs in Sittingbourne, she worked for a practice of Doctors, a job she enjoyed working with people. This is where she met David, fell in love and got married on August 1st 1959, David was studying at the local Agricultural College.
.
During her married life she lived in Kent, Suffolk and Devon, moving as David’s work developed. She has three children, Karen 13the May 1963, Rosanne 27th December 1964 and Timothy 8th December 1966. Along with Grand children and Great Grandchildren.

After returning from Devon in 1979 and living in Dover, she worked at the Health Centre as Receptionist and secretary, retiring in June 1995. She was devoted to the patients and always tried to see to their needs. She was always a practising Christian and had many duties in the local church where she worshipped, latterly St Peter and St Paul’s Church, Eythorne and Elvington.

She was active in the village, member of the WI, she first became a member in 1960 at Ightham, also the Craft Club and Lunch Club. In the Church she was Sacrosanct for many years, arranged flowers and took part in Flower Festivals with her creative displays .

She loved and was loved so much by so many, she was the love of my life.
David

I loving memory of June from Rosemary

Don and Eileen Rouse donated £30 in memory of June

In loving memory of June Brandon

The most amazing grandma and great grandma 💕💖 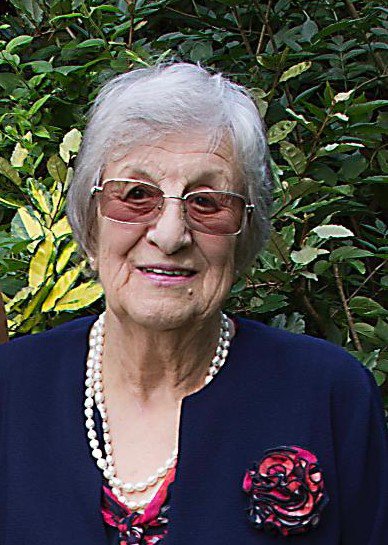