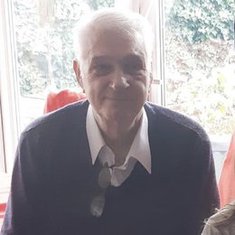 In loving memory of William Hawkes who sadly passed away on 22nd January 2021.
Much loved Father, Grandfather, Great grandfather, Brother, Uncle and Cousin. He will be greatly missed by all.

Finding our dad after being separated for almost 36 years was the best thing to happen to Karen and Myself.
Dad was thrilled to find he not only had both his daughters, but he gained 2 son’s in law, 6 grandchildren and 3 great grandchildren.
Dad was proud of his family and even though we had been forced apart we felt like we had never separated.
Dad became a huge part of our life’s he will missed greatly and a hole has appeared that he once filled.

We ask flowers be kept to family only and donations to the BHF as per Dads wishes will be welcomed by T Allen in Dads name.
If anyone has pictures of Dad and stories of his life, we would be extremely grateful for these and they can be emailed to me directly at jmcvicar@btinternet.com.
There will be a link provided for those unable to attend the funeral and as per gov guidelines we are only permitted 30 people unfortunately this means that we will be limiting attendance to FAMILY only, and unfortunately due to lockdown restrictions we are unable to have a wake after the service.
Dad was my world and I will miss him greatly I was proud to say he was my Dad.

Though I didn't know William I can tell by the lovely family he has that he was a good and well regarded man. Rest In Peace.

We would like to thank everyone that attended and everybody that. Watched on the video link Thankyou for your kind messages and I hope we did dad proud

To my big brother Bill, gonna miss you bruv. You will always be in our thoughts and hearts. Rest in peace now. Going to miss the debate on who supports the best team! Derrick & Doreen.

Bill it was our pleasure to have known you for some 35 years plus. Patsy and Jenny had such good times with you when you were our darts team Scorer and support back in the good old days at the Brasenose Club. We will always have fond memories of you - until we meet again. Hope your still wheeling and dealing up there with so many mates. R.I.P. 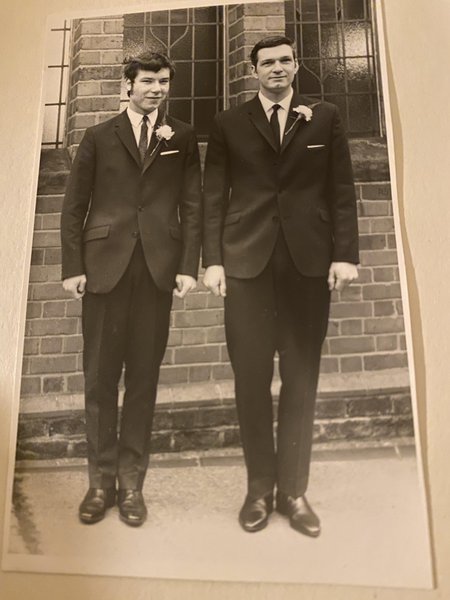 Doreen Robinson is attending the funeral

From the Greenock family, Billy will always be a branch of the Greenoak tree.

symon Wildgoose is attending the funeral 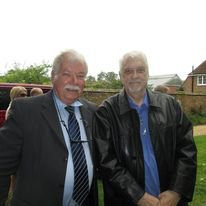 The 2 brothers at the Christening of Eden 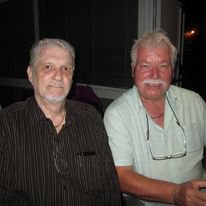 Nigel Ward is attending the funeral 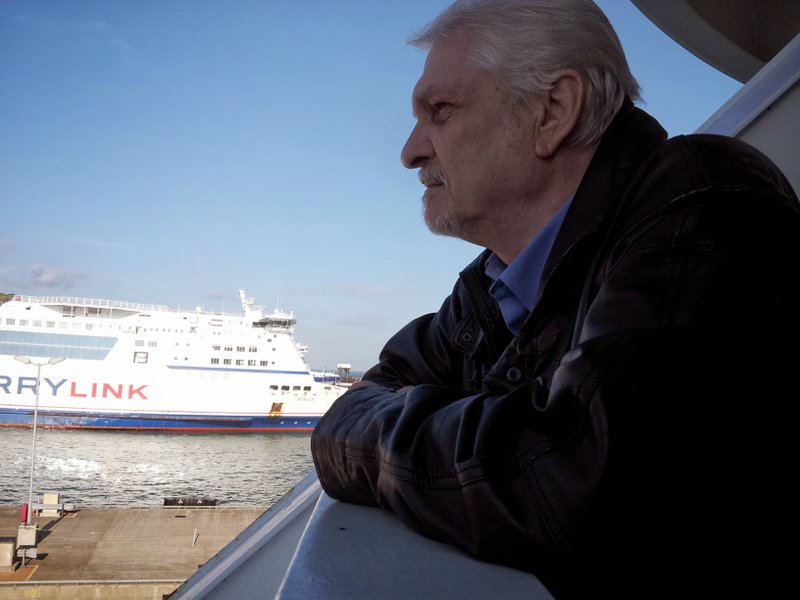 Bill, as he was known to us. He was the Delboy of Twydall. He loved buying and selling, doing bootfairs etc. He also loved his daytrips to Belgium
He loved his movies too. He knew so much about so many films and loved the old black and white Movies, telling me the plots and what other films the main characters were in. I'm sure gonna miss our movie sessions.
He loved talking about his time in the Army and jobs he had once he left the army.
I know from our chats that when he was reunited with his daughters Jo and Karen his whole world changed. He was so happy to have them in his life again.

Rest in Peace Bill. I miss you. Love Nigel and Paula

Joanne Mcvicar is attending the funeral

Karen Berendt is attending the funeral

William I am sorry we didn’t get to meet . We had so much in common we have your beautiful daughters and family . This pandemic that has kept us apart also brought us close on those long lockdown days playing general knowledge games on line against each other , I thought I was a smart cookie but you kicked my butt many a time to the point I tried to avoid your games to keep my score up lol. You won’t be forgotten you have left a good legacy behind a strong loving family . See you in the next life William god bless .x

The 2 brothers at the Christening of Eden