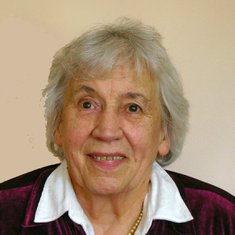 In loving memory of Phyllis Mary Young
who sadly passed away on Friday 29th January 2021
Aged 90 years
She will be deeply missed by her loving family and friends.
Donations in memory of Phyllis for the
'Macular Society'
may be sent c/o John Weir Funeral Directors,
31 Parkwood Green
Rainham,
Kent.
ME8 9PW
or made online via this tribute page.

Here is my eulogy I gave at the funeral:

Phyllis Young
Phyllis, my mother is no longer with us. On Friday 29th January, as I sat by her side, she quietly,… peacefully.. slipped away, in a calm painless death, leaving behind a legacy of 3 children, 6 grandchildren, many friends, and host of memories.
Now is the right time to share some of these memories, and to weep a little for what we have lost, but also to enjoy those bittersweet memories of Phyllis, my mother.
Mum had lots of friends and was good at keeping up with them. She made many life- long friends when she went to London in 1947. There she worked as a typist in the Cabinet Office and lived in Rutland Gate, near the Albert Hall. She joined an amateur dramatic society and enjoyed acting out plays, especially those of George Bernard Shaw. Phyllis kept up with the people she met for 64 years, and it was at Rutland Gate that she first met Frank, and they were married in 1953.
She made good friends living in Surrey, Tonbridge, Tunbridge Wells, Frant and Wavertree Court, Unfortunately, when she moved to the care home in Amherst Court, even though she was really well cared for, her blindness and deafness prevented her from making new friends. I remember one of the few things she really enjoyed was speaking to her old friends on the phone. This had to happen during my visits, so I could help Phyllis use the phone as her eyes were so bad.
Mum also liked to organise big get-togethers, to celebrate life’s milestones, wedding anniversaries, birthdays, or just reunions. She loved planning for and looking forward to these events. The more people she could get together, the better.
She also loved organising holidays: sometimes to visit friends who had moved abroad and often unaccompanied, she visited New Zealand, Australia, Norway and especially the USA to visit her sister Marie.
Mum was very single-minded about organizing these events, as she was about many other things. She would have a vision of what she wanted, and the way she would like things to go, and doggedly organize it through until the end, ensuring things happened the way she wanted.
It was a massive disappointment to all of us, that, because of the COVID lockdown, she was unable to celebrate her 90th Birthday with the party she had looked forward to and planned for many months.
Until near the end, mum maintained a good memory, especially for those things that had happened in her early childhood, her times at school and her time in London. At her reunions she would impress her friends with memories of events that they had nearly forgotten and bring a smile of recollection back to their faces.
Phyllis always liked to have the best of everything, especially things to do with cooking and eating, she liked the nicest cuts of meat, cooked to perfection served on the best dinner plates she could find. I remember her joy when I was able to take her and her sister Marie to tea at the Ritz. Alongside my Dad, Mum was a very good cook, producing excellent roast dinners, quiche Lorraine and fruit cakes.
They say grandchildren are the joy of old age. This was certainly true for Phyllis. I remember how Phyllis loved her grandchildren and was always delighted to see them. She proudly followed them around with a camera photographing them and (whenever she could) sneaked off with them to show them to her neighbours.
So that was Phyllis, my mother, a strong-willed woman who knew what she wanted, and followed through until she got it, but, as many of you have told me, a real character, and a woman with a heart of gold.

I will not forget Phyllis: her laugh, her interesting accent, and her efforts to battle sight and hearing difficulties to communicate. One of my happiest memories was of Frank and Phyllis coming out to visit me at my flat in France, and bringing me a present. It was so thoughtful.
I also remember happy times spent with Frank and Phyllis in Tunbridge Wells when they made me so welcome.
Phyllis loved to share and chat. I shall not forget that or the meaningful conversations we had over the years.
With Love,

As Andrew's in-laws, Norma and I only saw Phyllis and Frank occasionally at family events but over 30 years we grew to have a great respect for them both and enjoyed their company.

Following their move to Horley, whenever we went on holiday abroad, we booked an extra night at a Gatwick Hotel in order that we could call in to visit and put the world to right in their apartment.

Thank you for the many happy days we have shared, celebrating milestones and supporting each other over the past 74 years. We first met in a hostel in Knightsbridge London in 1947, and we have been laughing together ever since.
Sleep well, we will never forget you, till we meet again. xx

I will always remember our Isle of Wight holidays: the long walks and conversations, and the sense of adventure I felt travelling with you on the ferry to get there. You were such a loving and affectionate grandma. I felt able to talk to you openly from a young age, and the wisdom you shared during our conversations has stayed with me into adulthood. You'll be greatly missed.

Phyllis was unique. They broke the mould when she was born! She was quite a character and had a heart of gold. She would do anything for you if it was possible. I admired her determination to travel to the other side of the world and explore New Zealand solo. She was very brave and returned full of confidence and brimming with enthusiasm and exciting tales of her travels. I am so glad that she was able to make that trip. She had such wonderful memories.

In a few weeks time the Magnolia which she lovingly planted in the front at number 28 will once again be in full bloom and looking beautiful. I will look at it and remember with affection the happy times that Phyllis spent in Forest Way.

In loving memory of my mum

We first met Phyllis and Frank in 1964 when we moved to St Bernards Road in Tunbridge Wells. We soon discovered that Phyllis was a tireless shopper (always first in the queue at the January sales) and she often bought two things when she only needed one and enjoyed giving away the spares. We still have a number of practical gifts from Phyllis - for example, some kitchen steps which are a constant reminder of her generous nature. We enjoyed family walks with Phyllis and Frank who brought their grandchildren who were of similar ages to our own and particularly recall sharing a lovely holiday at Freshwater on the Isle 0f Wight. We have many happy memories of Phyllis and will remember her with great affection. We send our sincere condolences to all of her family.
Norma and Norman Franklin

Norma and Norman Franklin donated in memory of Phyllis

In memory of our friend Phyllis 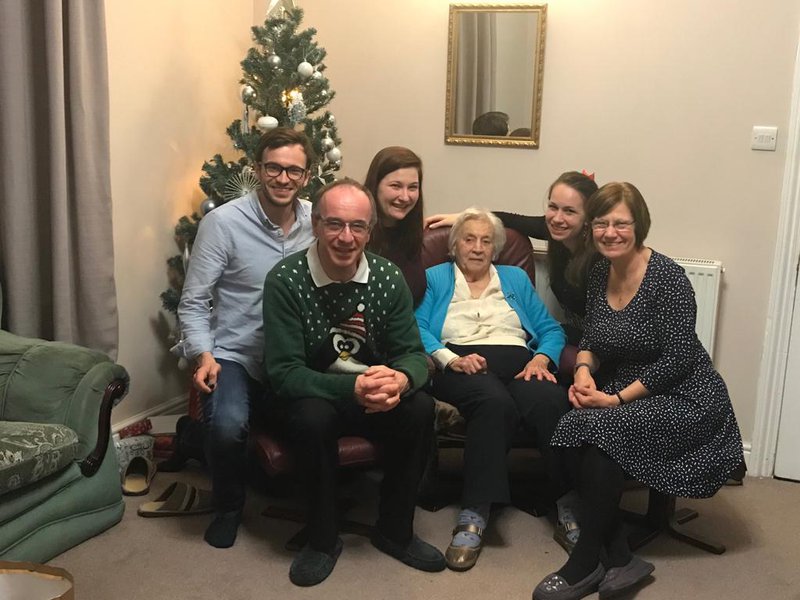 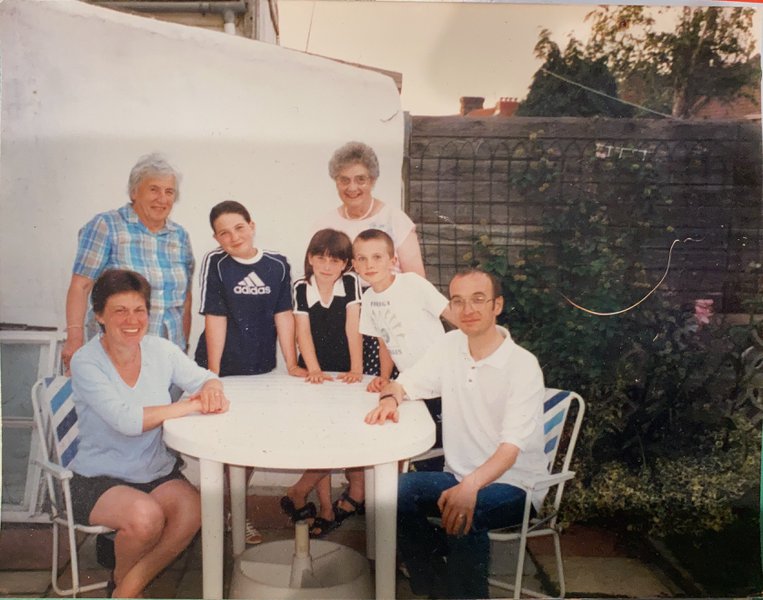 Grandma, I have lots of special childhood memories of weekends visiting you in Tunbridge Wells, Frant and Horley- including eating Christmas cake all year round, playing scrabble and hearing about holidays from your past. You were always so proud of all your grandchildren and had photos of us up all over your house. I was excited to follow in your footsteps when I accepted a job in the Cabinet Office and you loved to compare workplace experiences - though we always agreed that a lot had changed in 70 years! I will remember you as a headstrong, intelligent and determined woman who loved to keep everyone entertained with her stories. A lovely grandma who will be dearly missed. Catherine

Happy memories of Phyllis who loved to chat about events and times gone by. Cousin Jean

Happy memories of Phyllis who loved to chat about events and times gone by.

Happy memories, forever in our thoughts 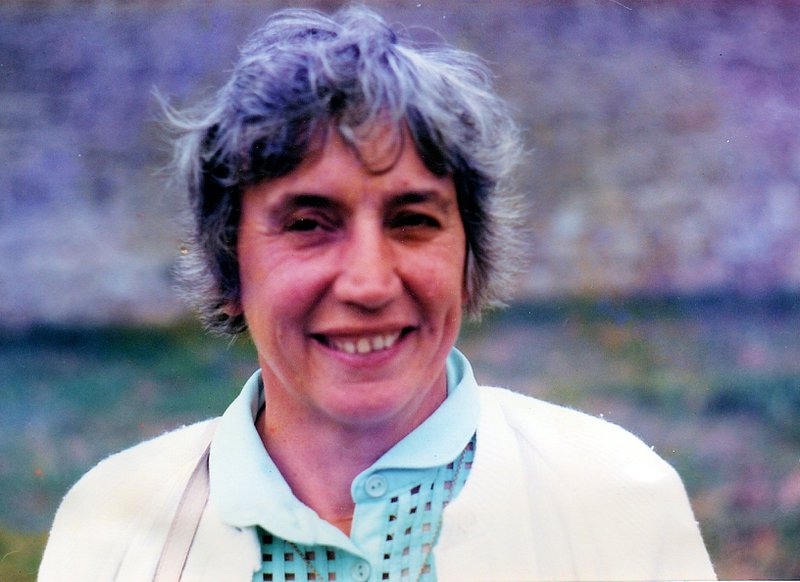 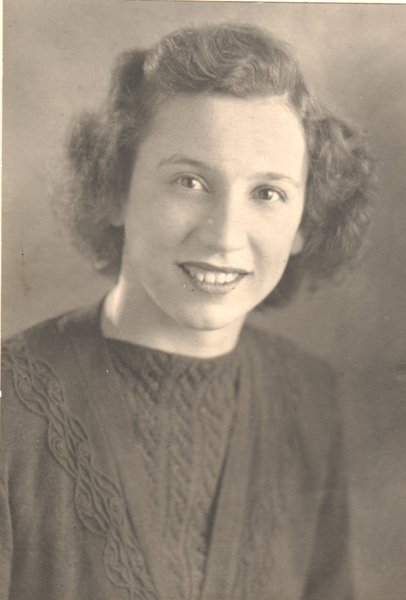 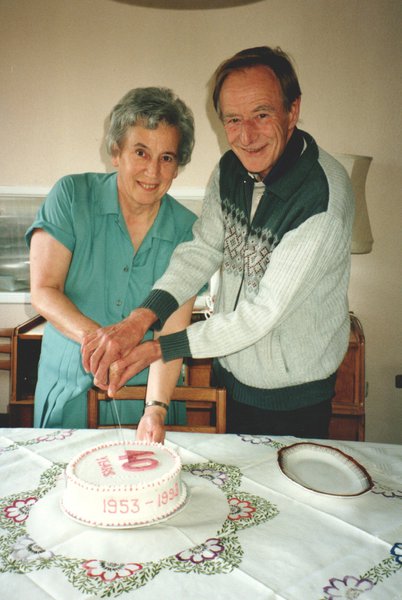