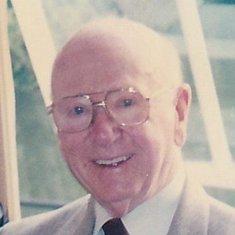 Donate in memory of
PatrickRoyal National Institute of Blind People

In loving memory of Patrick Laurence Ryan who sadly passed away on 24th January 2021 at the age of 98. The reason that we picked any donations to be given to The Royal National Institute for the Blind, was because both of Dad's parents were blind, some people might not have known that. His Mum went blind at the age of two when she was given an injection with a dirty needle, and his Dad went instantly blind, when at the age of 16 he headed a heavy leather football, and it severed both of his optic nerves. However, he could still remember his way around Croyden where he lived, so he was able to get out and about. He met Clara, later to become his wife, at a special school for the blind and when they got together he was able to take her out too. They were an inspiration to their three boys, as it must have been very hard for them to cope at the time. I always remember Dad saying, 'A place for everything, and everything in it's place', so that was the mantra he was brought up on, and it seemed to have worked. Dad was the youngest of the three boys, and was devastated when his nearest sibling Fred was killed in action during the Second World War, this made Dad anxious to sign up, and as he had been in the air cadets he opted to apply for his service with the Royal Air Force. He was sent away for a while to do his training and qualified as a flight engineer, he was later sent out to Burma where he had a very interesting if not scary time. Luckily, he survived the war, otherwise Debbie and I wouldn't be here now. Dad did have a long life, but didn't quite make it to the round 100 year total, and getting a telegram from the Queen. However, his last few years were not very good ones for him, as he had no quality of life, and none of us liked seeing him that way, so we now hope he is in a much better place and at peace at last. Farewell Dear Dad, until we meet again.

What an innings.. 97 years is quite a feat, one I hope I can match! Your memory will live on, not only with Natalie and myself but also in Harry and Charlie

Dear Granddad, it’s very sad you are no longer with us, and you will be greatly missed. It’s hard being so far away, but glad we were able to be there virtually on the day. I have lots of fond memories of you growing up, and these will live on in me. Rest In Peace, love Dave, Amy, Eli and Ivy

Rest in peace Grandad, you are in our thoughts and always in our hearts.

Proud to donate in memory of my grandad, Patrick Ryan. I have many happy memories and will always remember him fondly. Rest in peace.

A wonderful long life and thank you for your generosity towards me and my wife Maria(Elvira) Always remembered.

To Dear Dad from 'Little Chubbs', that was my nickname from him. You are gone now, but will never be forgotten, you shaped my life and made me into the person I now am. Thank you for being my Dad, I will miss you more than you will ever know.

Couldn't have wished for a better Dad. An inspirational guiding light my whole life. I will miss not being able to "run things past you". Thank you for everything and rest in peace now.

Wish I could be there today for a proper send off. Will be watching with a full heart and vivid memories of a funny, loving Grandad. Rest in Peace xx

Sorry not to be able to attend your funeral today Pat, not least in terms of supporting Debbie. I will be watching, with memories of good times in Flackwell Heath, Tenerife, and Bournemouth.....
With condolences to the whole family. Rest In Peace - Trevor.

Throughout life you were always my Uncle Laurie. A man with a generous nature and one for whom I had enormous respect. With love Rest in Peace 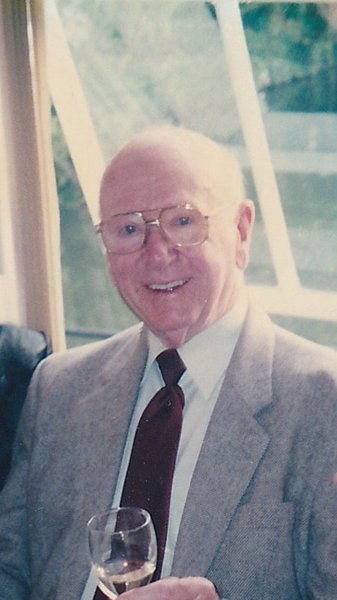