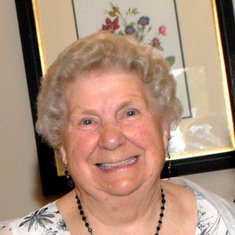 In loving memory of Gwendoline Audrey Smith who sadly passed away on 20 June 2015 aged 92 years following a short illness. She is survived by her 4 children, 9 grandchildren and 8 great grandchildren.

Gwendoline Audrey Smith nee Rawson was born in Selston on 2 March 1923 the eldest of 4 sisters. She attended Bagthorpe Primary school where she enjoyed the sporting activities but not so much the academic side of school. Following secondary education in Selston she took a variety of jobs. Her final job was at the baby clinic on Portland road Selston, which she really liked and stayed there until her retirement.

She married Percy Smith on 2 May 1942 and subsequently had one daughter and three sons. She had an active social life and loved attending the Women’s section, going to the cinema and dancing. In later years she had a particular affection for Anton Du Beck!

In 1991 she emigrated to South Africa to spend some time with her son and family in both Durban and Johannesburg and even took up playing tennis. She returned to South Normanton in 2000 and became a regular member of the Snap and Sunshiner clubs. She enjoyed her later years with her extended family around her

A much loved mother, grandmother and great grandmother who enjoyed a long life, she will be greatly missed by her family.

The funeral service will be at Swanwick Crematorium on 31 July 2015 at 1400 followed by a celebration of her life at The Boundary, South Normanton
Donations only please to the Nottinghamshire Air Ambulance

In memory of a loving sister , who will be sadly missed. With much love. XXXX
Love to Aunty Audrey from Diane,XXXX

Just wanted to say goodbye to Aunty Audrey. She was always very kind to me and my family. It is sad that another of my mum's brothers / sisters or their partners has passed away. 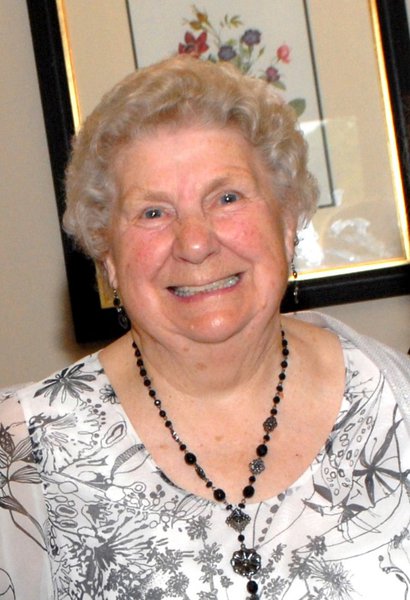