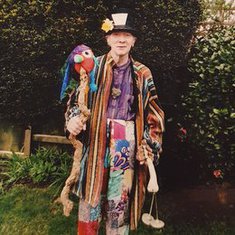 John's memorial was held on the Friday the 1st of December 2020 which you can watch here if you weren't able to attend: https://youtu.be/3Yoi8XKz2Pk (the video is not public so can only be viewed by those with this link)

The following text is a short biography followed by some tributes from those that knew John.

John was a private man, and it has been quite a task to piece together his life, therefore the timelines and some of the information is not clear.

John was the only son of Robert Connelly Gordon, an Electrical engineer, and Margret who was a librarian, they were both affectionately known as ‘Bob and Peggy’.

John was born in 1941 during the war, his father was stationed in the far east. John and his mother lived with relatives during the war before settling down in East Grinstead.

While John went to a good grammar school, he wasn’t interested in going to university or building a career. He was a man of god and a spiritual person from at least the age of 22. It wasn’t really until his later life that he studied and went into teaching which was what he did in terms of a job for the remainder of his life.

In the late sixties John was married to his 1st Wife Ivonne, though this marriage didn’t last very long.

At some point during the 70s, he got married to his second wife, Ruby ‘Skip’ Gordon, who was the mayor of Camden and John was her escort.

It was after this time that he went to teacher training college which set him down the path of being a teacher. It was at some point in the 70s that John discovered Anthroposophy. Rudolf Steiner was a key inspiration within his life and for the rest of his life.

In 1982, through his work with Anthroposophy, he met Margret Jonas. They were together for 10 years till early 1992 though they never married

Also in 1992, John met Michele Lees, also through the Anthroposophical movement. Michele wanted John to marry her and become stepfather to her son Samuel Lees, which he did. They lived in London till 1999 when they decided to move down to St Just in Cornwall. In 2003 they moved to Penzance.

Shortly after moving to Penzance Michele was hospitalised and when it became apparent she needed 24hr care in a care home. John used to visit her frequently at her came home where she is still resident which he continued to do right up until a couple of years ago before he fell ill.

John got together with a woman called Pam who was a bishop and John became a reverend of the Stella Maris church, a splinter group of the catholic church. They continued they spiritual and religious work together. Unfortunately, Pam became ill and died of cancer in 2017.

John spent the final 2 years years of his life with Ellie, whom he met at a circle dancing class in Penzance.

He no doubt enjoyed teaching, but it was more of a job for him for him than a calling. His real calling was the spiritual and religious work in which he was very actively engaged in throughout most of his life. John was a prolific write and authored a number of papers, books, and poetry. He lectured extensively and inspired many people, particularly within the anthroposophical movement.

John was no doubt quite an unusual person. Some will make the point that he was an emotionally introverted and difficult to get close to, but the truth is he felt his emotions very intensely, and perhaps this explains why he may have been ‘unavailable’. He certainly hid his emotions quite well though he certainly had a short temper!

Despite what he may have said to the contrary, he cared deeply about people from all walks of life. He was a very kind man and would help people even if it was to his own detriment. John was a man of nature and loved animals very much. His pets feature in many photos of John.

An Appreciation of John Gordon’s life by Rick Moxon

I first met John in February 1976. I remember it very well. He was giving a lecture in a cramped room in Museum Street in London having formed a group based on anthroposophy called Alanus ab Insulis. For various reasons the title intrigued me as did John. As he lectured without notes he was thoughtful, had an introspective air about him when speaking and spoke in a way which I had never heard before in anthroposophical circles. It was original and creative with a complete absence of conceit which one often finds.

For many people he was like a guru. He had an encyclopaedic knowledge of anthroposophy (and was also well-versed in Gurdjieff, Sufism and has personally knew John Godolphin Bennett who supported both of these movements and a variety of other spitiritual movements). I then remained a close friend and collaborator for many years. I attended study groups in his house in Islington in London and subsequently at his house in Forest Row where he worked as a science teacher for a number of years at Michael Hall school. I lodged in the Forest Row house for a few months and distinctly remember the succession of people coming to see John for spiritual counsel and advice. I was personally so impressed that I thought he should be one of the leaders of the Anthroposophical Society. He did in fact join the governing council of the Society for a short time. But he was not able unfortunately to make a strong impact. He never pushed himself forward in such environments. He had no personal ambition to have power and influence.

In the 1980s he formed a new group called the Karma Reseach Group. I became involved, went on 'book safaris' with him in East Sussex to find biographies of people who Rudolf Steiner speaks about in the karma lectures to attempt to verify and develop further the insights of Rudolf Steiner on the subject of karma and reincarnation. We started with Haroun al Raschid who Steiner said later reincarnated as Lord Bacon of Verulam (John) and his Counsellor who he said reincarnated as Amos Comenius. We matched their biographies from different incarntions to see if they matched. We then moved on to others. He was supportive when I began my own public lecturing under the auspices of the Group along with John at Rudolf Steiner House.

As I 'went into the wilderness' to pursue my new career as a counsellor and psychotherapist in the mainstream from the late 1980s our paths diverged and we only connected on the fringes of our lives from time to time. Yet he remained in my heart as the man who introduced me to esoteric anthroposophy. As such he is still a very strong influence in my life. It is appropriate that I am writing this in the middle of the impact of Covid-19 on 1 December 2020 as the esoteric aspects of anthroposophy are invaluable for me in dealing with this situation. Thank you John. You certainly made a contribution to preparing me for these difficult times by setting me off on the path of anthroposophic esotericism. You are undoubtedly a Michaelic brother for eternity beyond space and time, life and death.

Rest in peace 'Rabbi', as I called John. A wonderful and kind but complicated man of God, poet and teacher. I met John a few years ago at the great Redwing Gallery in Penzance run by Roselyn and Peter, where I ended up assisting him on his talks ....setting up the space, making notes and recording his lectures. I also stayed with this great man for a few months at his lovely house in Regents Square on a 'quid pro quo' basis and assisted him by driving and moving his many books and belongings. John was a true friend and a legend to all that met him. I went to visit John in hospital when I was last in Penzance and it saddened me that he resigned himself to his destiny but seemed happy. Rest well my friend and one love Dom

Mr Gordon was a great teacher for me when I was at school. He taught our class Latin poems and was a great storyteller. Never forgotten x 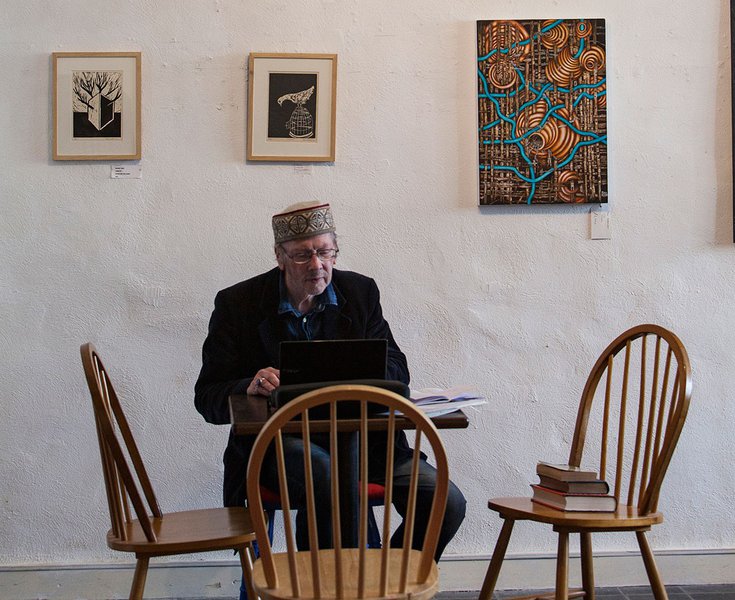 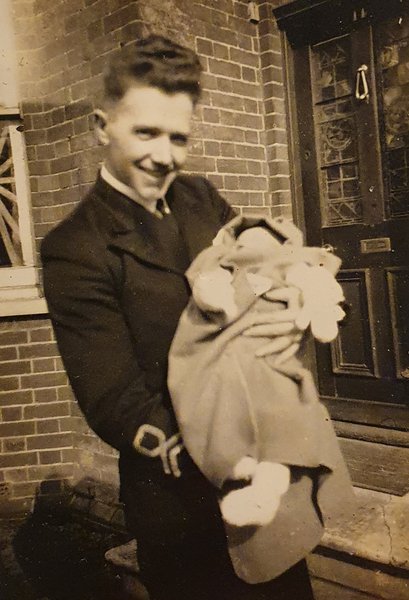 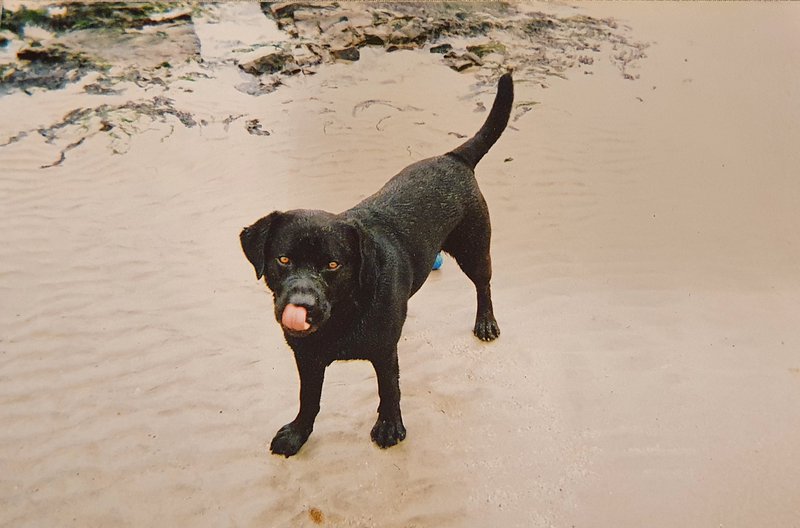 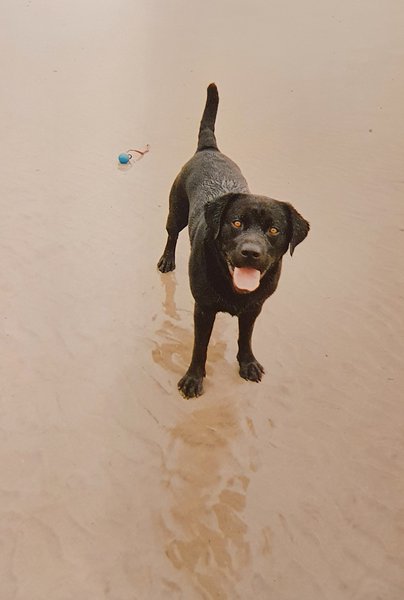 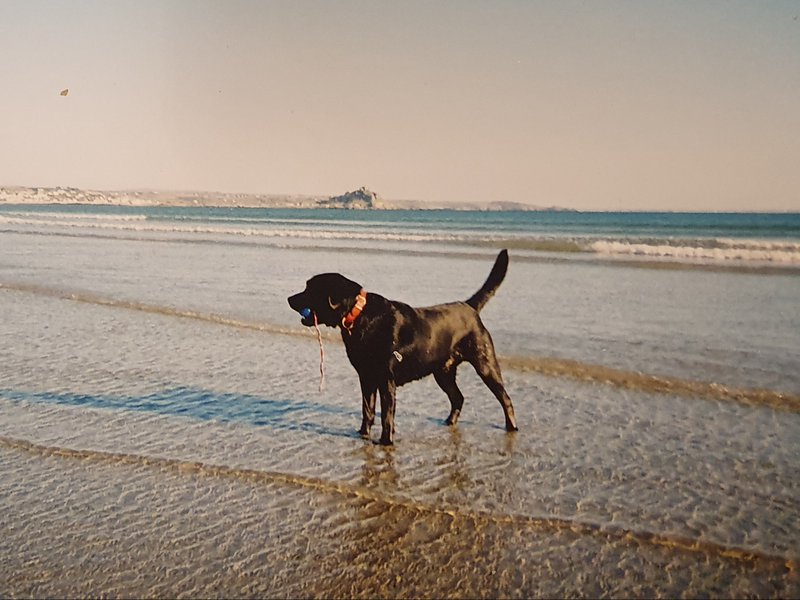 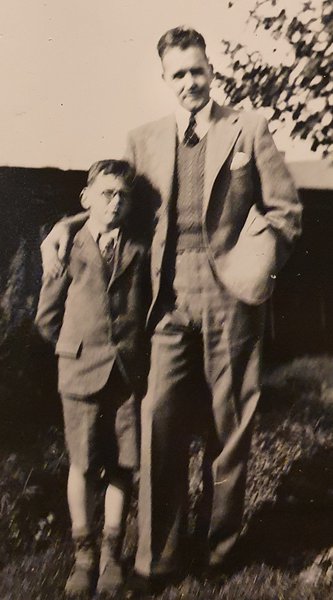 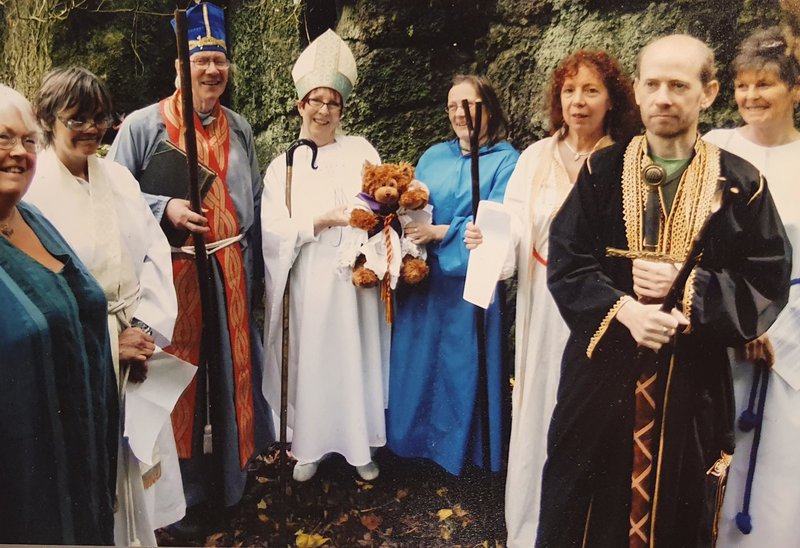 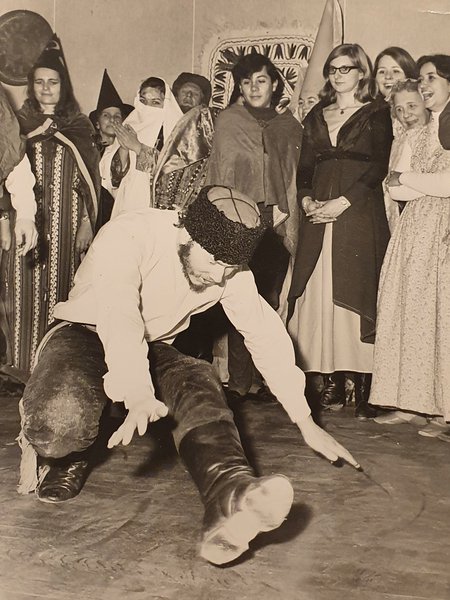 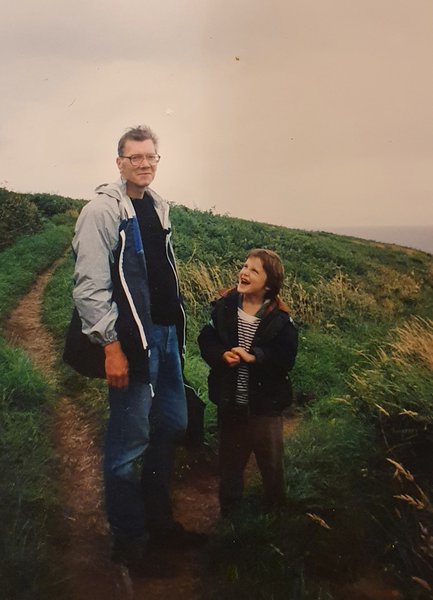 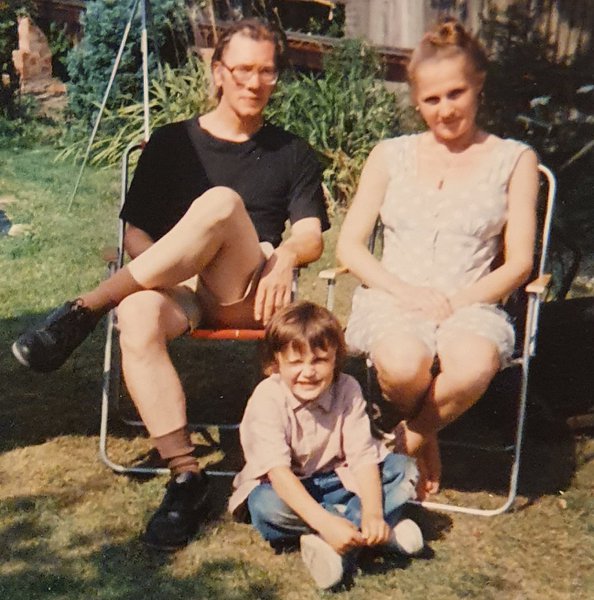 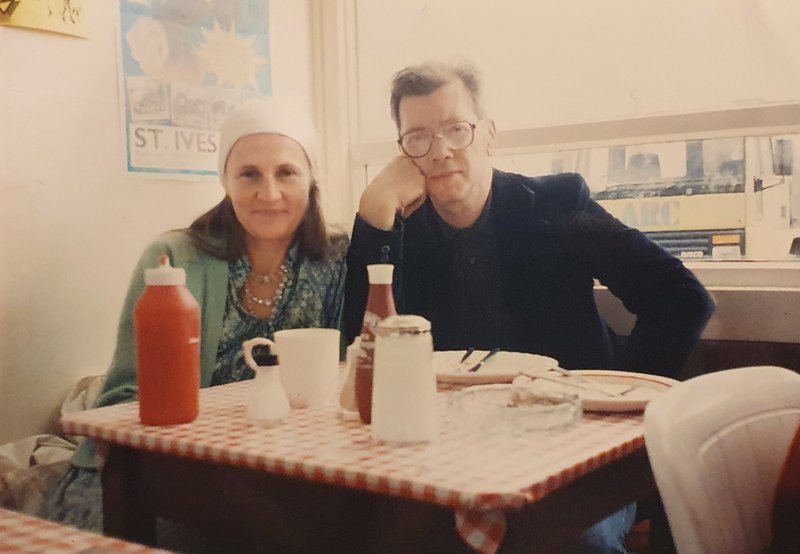 I first met John about 25 years ago and I would call him a spiritual warrior. A very learned man who loved life and nature. We always saw eye-to-eye except John had no interest in politics. He was a very good writer and an excellent poet. He gave me a couple of his poetry books which he signed. A very generous kind person. John Gordon would be greatly missed by everyone that knew him. Rest in Peace, John Gordon.

John was one of the kindest and most compassioate people I knew. When I was young he gave me a space in his home where I felt safe and able to grow into a adult, at a time when my family life was very rocky.
He always supported me and gave advice.
He will always be remembered and appropriate.
Rose x 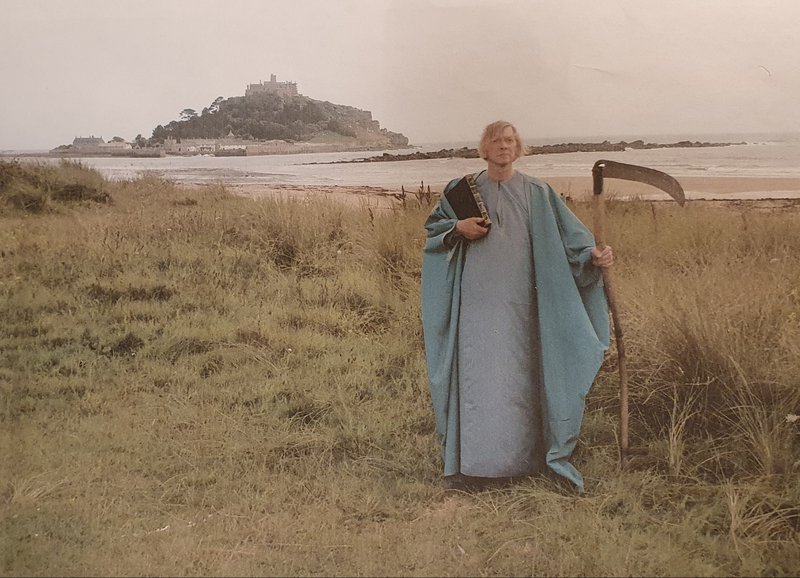 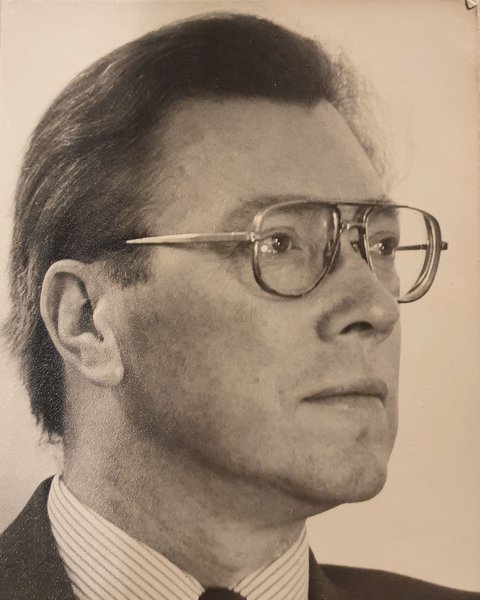 Sharing in the sadness at John’s death. x 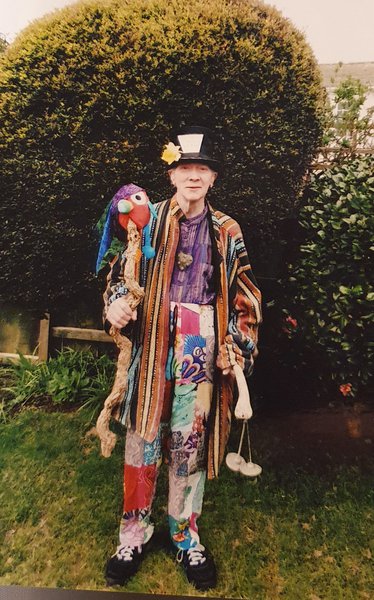