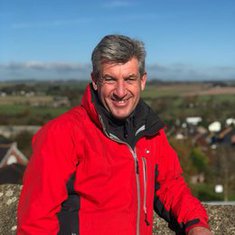 Ronnie James Jordan passed away peacefully in his sleep, after a period of illness, on the 10th of September at home with his adoring family. He is survived by his wife Caroline (née Wareham); his children Laura, Thomas, Emily and William; and his sisters Gladys and Valerie.

Ronnie was born in Belfast on the 7th of October 1958 to James and Georgina Jordan. He attended Orangefield Boys' Secondary School, followed by Queen’s University Belfast, where he studied Politics and Business. During this time, he joined the Royal Ulster Constabulary as a reservist, which lead to him pursuing a 42-year long career in policing. In 1981 he moved to London in order to join the Metropolitan Police Service, where he served in communities all over Central and South East London. Ronnie met his beloved wife Caroline in 1986, and they married in 1989. They went on to raise their four children in Sidcup, where they lived for all of their married life.

Ronnie was a devoted father, with his free time spent focusing on his children, be it visiting museums and galleries, visiting the sights of London, and more locally regularly taking them for walks around Greenwich Park and Scadbury Nature Reserve. To those that knew him, Ronnie was a kind and respectful gentleman, who always put his family before himself. Equally admirable was his dry and sharp sense of humour, which provided much entertainment to those around him over the years. He will be deeply missed by his family, friends and all those who knew him.

Ronnie’s funeral is scheduled at 1pm on Thursday the 1st of October 2020. This will be held at All Saints Church, Rectory Lane, Sidcup DA14 4QN. Due to the ongoing COVID-19 outbreak, inside the church will be 30 of Ronnie’s closest loved ones. However, Ronnie’s family have organised large television screens to broadcast the service live into the graveyard, to allow all those who wish to pay their respects to attend.

Drinks and refreshments will be held after the service at 36 Stafford Road, Sidcup, Kent, DA14 6PU. This will be held in a marquee in the garden, in order to adhere to social distancing guidelines. All those who wish to pay their respects are welcome to attend.

The family would like to keep flowers to family only, and ask for donations in Ronnie’s memory to be made to Greenwich and Bexley Community Hospice and to Prostate Cancer UK.

Sending my love to all of your beautiful family ❤️

It was a priviledge to have worked with you "Serge" as I fondly called you. You are a true gentleman, humble and kind. Rest now in the bosom of your maker,

Thinking of you Laura and your family at this sad time. X RIP Ronnie X

A great loss to family and friends.Will be greatly missed.RIP

So sad to hear of Ronnie's passing. I worked with him at Lewisham when he was a DDO, he was a quiet but dependable gentleman, with a rare appearance of a very funny sense of humour. RIP.

Thinking of you all in this terribly sad time. Sending strength and love xx

Our deepest condolences. Thinking of all Ronnie's family at this sad time.

Worked with Ronnie for many years at Lewisham. A brilliant police officer, always grafting and a great thief taker. The thing I remember most about Ronnie is we were both from Northern Ireland and went to schools 100 yards apart from each other however he was so quietly spoken and had a much thicker accent than I did so at times I couldn’t understand him! Rest in Peace Ronnie

Sharon Card is attending the funeral 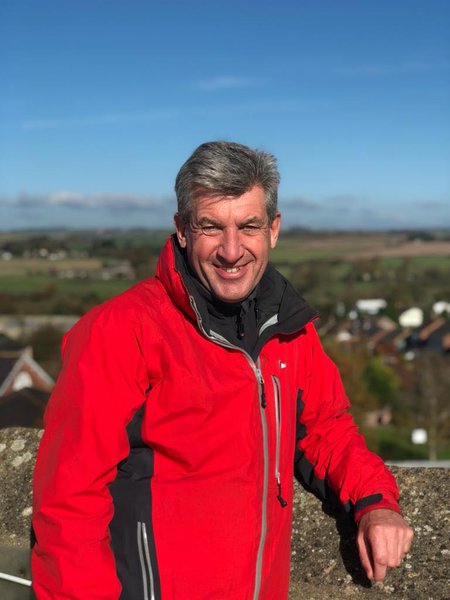