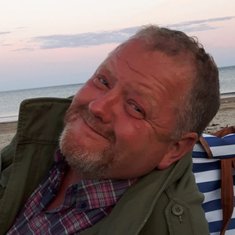 John was born and lived in Derby until the age of 18 months moving to Derby Road, Alfreton with his family, mum and dad Janet and John and younger sister Diane.

Aged 19 John joined Derbyshire Police serving first at Killamarsh, then South Normanton. He served as a motorway patrol office for many years, and having achieved promotion to sergeant served in Ripley Custody suite before retiring in 2007.

He met and married Karen Julie Wilkinson in August 1979 – their three children Chris, Julie and Jemma completed his family.

Family always came first with John, and he, Karen and the children enjoyed getting away for an adventure in their caravan. Both in the UK and Europe.

Mike, his son in law and Debra his daughter in law were welcomed into the family along with their grandchildren Jack, Ben, Archie, Bella, Joshua and Violet.

All of their children inherited the camping bug and the whole family spent some memorable times together in various caravans, campers and tents. These were John's most favourite and treasured memories.

John will be so very missed by everyone who knew and loved him.

I worked on the same shift as John as a custody Sgt at Buxton. He was so helpful to me when I started and gave me so much support an£ although we seldom met we always had great chats on the phone. Thank you Wilco for those times rest in peace my friend. Rev Chris Blackshaw

Today we said goodbye to a very dear friend, till we meet again, we will bring the fast cars, the music and the gin, all our love xx

We will treasure memories of so many happy times spent together ... such a terrible loss for his lovely family.
We are heartbroken for you all.
Love always Mo, Val and family

So sorry to lose our best man and oldest friend. We'll miss him so much 😢

Richard and Judith Sheffield donated £50 in memory of John

Wilks has been a good friend to me for over 50 years and i will miss him very much.

With deepest sympathy and our condolences to Karen and the family.xx

Jeff and Kaz Braithwaite donated £50 in memory of John

Such happy memories of the best brother-in-law. Our favourite times- late night bonfires and music on the beach, seafood platters, ferry trips, skinny dips. Funny, caring and generous with a heart of gold. We will miss and love him always xxxx

Love to you all at this difficult time xx

Alan has many memories of John at school, especially the driving lessons! Very sad news, our thoughts are with his family and friends. ❤️

Far too young to be taken. RIP

So shocked to hear about John. Have memories of him from years back as a lifelong friend of my cousin, Richard. Thoughts are with you Karen and all the family at this sad sad time xx

I enjoyed working with John up until I retired in May 2003 - like me he loved Carp Fishing!

He was taken far too young our condolences to the family

Chris and Gratsi Bradley donated £20 in memory of John

John was certainly a lovely man. I have fond memories of the times in custody when we could not stop laughing at a certain Jailer who will not be named. A true gentleman.

John was a lovely Man, so sorry for your loss, thinking of you all, love to you all, Tina, Les & Family xx

Please accept my deepest sympathies over the death of your husband. My thoughts and prayers are with you and your family at this difficult time. 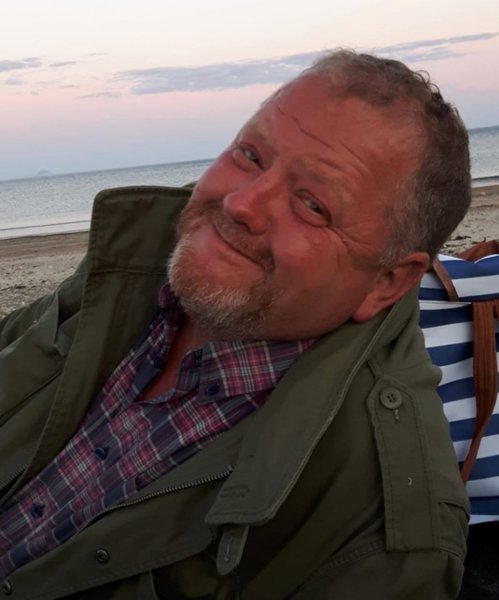