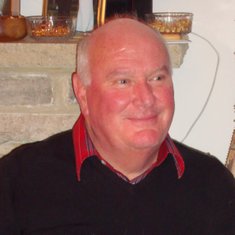 In loving memory of John Myers who sadly passed away on 27th August 2020:

John Richard Myers, known as ‘JR’ to many, aged 75 of Wimborne Dorset, passed away on 27th August 2020 after losing his battle with mesothelioma cancer. He died peacefully at home with his wife Jacqui by his side and family members close by.

John was born in Dover on 29 May 1945. Following early life in Dover, he moved with his family to Billingham on Teesside in the North-East. Initially qualifying as an engineering draftsman, he followed his passion for flying and joined the Royal Air Force as a pilot in 1969. On graduating from jet training, he embarked on a Cold War career on the Buccaneer Strike Force, initially based in RAF Laarbruch, Germany then at RAF Honington, Suffolk where he became a Flying Instructor. The finale of his time on the Buccaneers came in the late 70’s when he became the Buccaneer Solo Display pilot. He continued his display flying when in 1980 he was selected to join the Royal Air Force Aerobatic Team – The Red Arrows, flying initially as ‘Red 9’, then ‘Red 3’ and becoming Deputy Leader. John travelled with the team displaying in front of thousands of onlookers across the UK and Europe. He was fortunate enough to also conduct tours of both the Middle East and North America whilst on the team.

At the end of his 3 year tour with the ‘Reds’, John changed direction in his flying career, becoming a civilian pilot with Flight Refuelling Ltd, which became FR Aviation and then Cobham. Initially flying ex-military Hunter jets, he soon converted to the Falcon 20 biz-jet and introduced this fleet to Bournemouth Airport, becoming a test pilot in order to conduct their acceptance flights in the USA. The role of the Falcon 20 was to provide a multitude of support roles for the Armed Forces both at home and overseas; a role he was well versed in. Progressing quickly through the company, he soon became Chief Pilot and then Director of Flight Operations.

Following early retirement in 2003, John fulfilled his lifelong dream of sailing. This time not just in Poole Harbour but on a trans-Atlantic crossing from Cape Town to the Caribbean joined by his youngest son on a catamaran he had commissioned and built in South Africa. Several years followed of sailing holidays around the Caribbean and eastern seaboard of the USA for family and friends onboard “Dream Catcher”.

John’s love of cars, and particularly SAAB cars was ever present throughout his life. Owning over 27 SAABs throughout his life, there was always at least one classic SAAB in the family. His faithful, bright red (actually Red Arrows red) SAAB 96 V4 rally car was driven competitively for many years, then more recently displayed at Classic Car shows, and it is still owned by the family.

Keen to support local ventures, John was heavily involved in the development of the Wimborne Priest’s House Museum along with local and national politics within UKIP. He was also a stalwart supporter of the dog rescue charity, Waggy Tails, and was often see around town collecting donations accompanied by his rescue whippet. He also enjoyed debates with the Bournemouth Speakers Club and remained flying, but this time rooted to the ground with Dorset Model Flying Club.

John is survived by his wife Jacqui and his children, twins Hedley and Hayley and youngest son Kirk and 6 grandchildren. A strong family man, he was a loving husband, inspiring father and cuddly Grandpa and will be missed greatly by his family and many friends.

In memory of a great pilot and a fine friend.

A humorous, generous man and a very good display pilot. One of life's gentlemen and he is sadly missed

My much loved cousin, 'big brother' and hero - always there for me with best advice and best hugs ! Will miss you forever 💔💗💗

The first time I saw John display the Buccaneer was at Hethel in Norfolk where I had gone for a Lotus factory open day and gathering of fellow Lotus petrolheads. I saw there was to be an air display and wondered which lone tree from which John would choose to appear behind. Sure enough I chose the right tree and suddenly the sky was full of very noisy and low Buccaneer putting on a wonderful display of aircraft performance and pilot skill. As the jet noise receded towards Honington the tannoy broke into life. “If there is a doctor in the crowd would they report to the press tent!!” I never did find if it was the idiot Telegraph correspondent of the time!!

Miss John so much. It was 40 years ago this weekend he joined the reds and the same day our younger son born. Lovely to read other people’s memories. Chose the hospice for donations despite he never had to go there , as their loving care and attention let him stay at home. They were angels.
So many happy memories.

Brian and Lizzie Hoskins donated £30 in memory of John

it was a huge pleasure to have known JR both as a student, a colleague on 237 OCU and a fellow trustee of the Gladys Cobham Trust. Rest in peace, old friend

As Chairman of the Trustees of the Priest House Museum I would pay tribute to John. He was indeed a stalwart supporter of the museum and led 2 rebuilding projects. They will be a lasting reminder of his work with us. He will be sadly missed by us all, trustees, staff and volunteers. 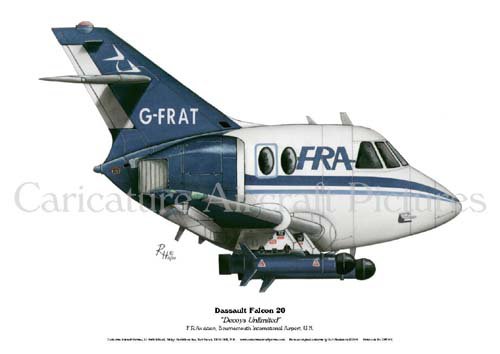 A colleague in the days of ‘FRA’ and a friendship that followed to the last day.

A great and loyal friend since the 1970's. A huge loss to the Buccaneer aircrew community.

Remembering with great affection the inimitable, irreplaceable and delightful 'JR' Myers. Fly High, John, or, in your case, that should be 'Low'! 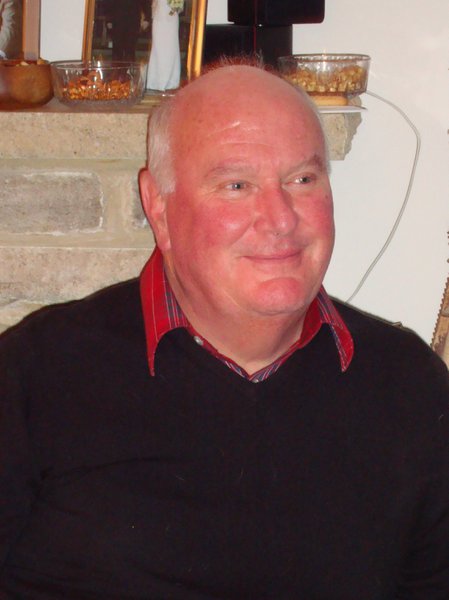 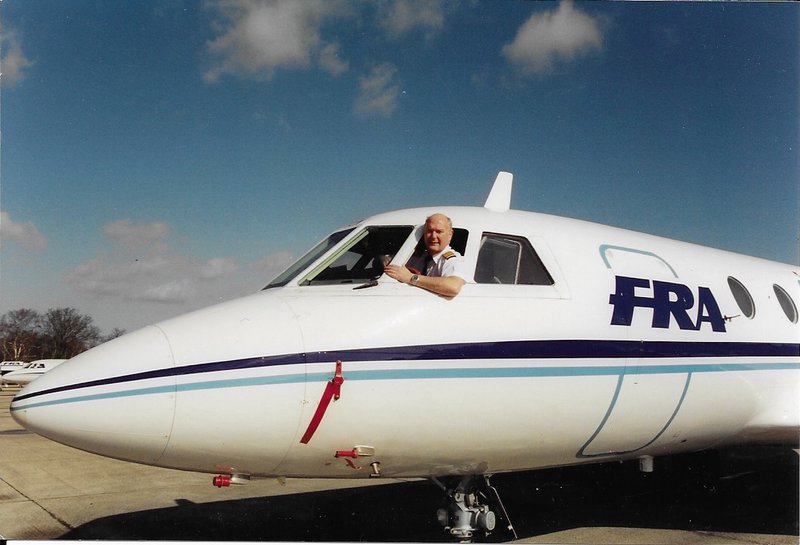 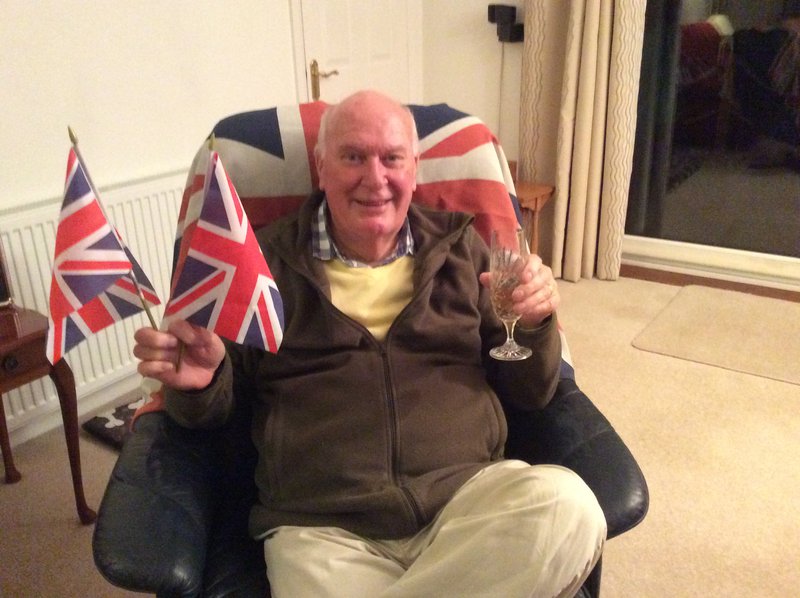 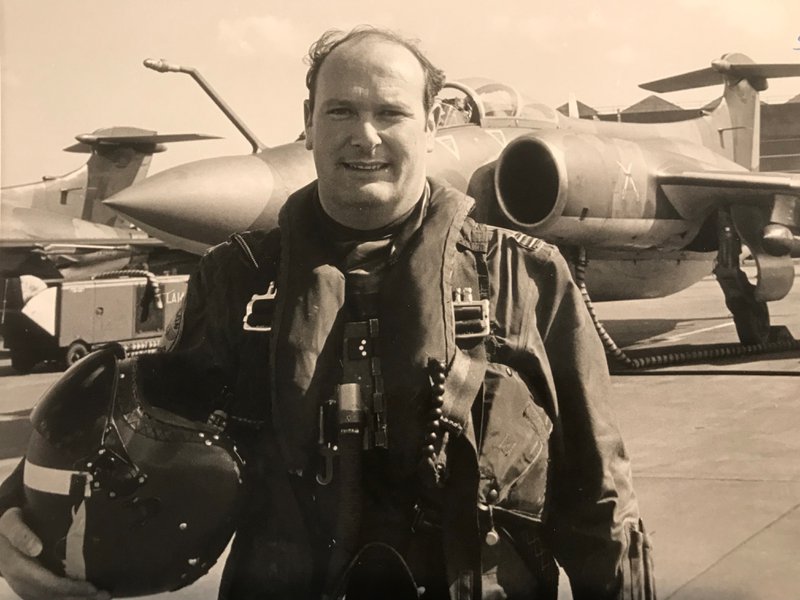 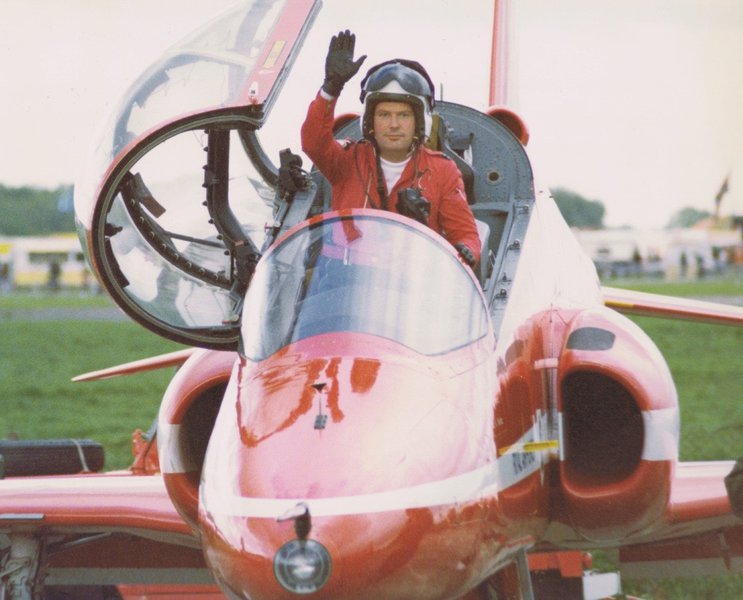