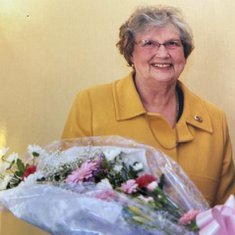 Donate in memory of
CynthiaLUPUS UK

Cynthia Anne Robinson was born on the 4th July 1942 to Annie & Harry Black.
Cynthia joined her sister, Doreen who was a war baby as they called them back in the day, and then Rose Mary came along two years later and last but not least came Edna.
The four girls later welcomed a baby brother called Harry, but unfortunately he got pneumonia and sadly he only survived to be 6 weeks old.
Cynthia started school at Timberland infants, and then went on to primary school. From there she went to Ruskington secondary school where she excelled in Domestic Science and needle work. She also went on to become bus prefect, school prefect and Head Girl. She also won a sport’s plaque.
After she left school she learnt to drive a tractor on Aunt Sal and Uncle Fred’s farm, where she also helped out with farm duties. Later she went to Martin and worked at Vickers Farm. Cynthia then started working at Nocton Hall on the maternity ward.
Cynthia married Keith in 1968 and they made their home in Ruskington where she started working for Mr Bentley at the chemist, which was later taken over and she worked under Mr Gohil. Later on the CO OP took over and she was awarded her gold watch for her 25 years of loyal service, she later retired. Cynthia made some great friends whilst working there.
Cynthia was a frequent traveller for a while and enjoyed lots of holidays with family and friends.
As the family grew, Doreen and Michael had two boys Stephen and Ian and later on Edna & John had Simon and Katie, whom she was also godmother to. Whilst they were growing up, Christmas was a special family time and everyone enjoyed being together.
She loved watching them grow and making their own families. She had the joy of welcoming Connor and Reagan to the family and more recently little Rosie, whom she said brought so much joy to all of our lives.
Flower arranging was a hobby of hers and her cooking at night school was a huge hit. She also joined the over 60’s club in Metheringham and enjoyed some lovely coffee mornings. There were also the monthly social evenings, which she thoroughly enjoyed and she was pleased to be part of such a thriving group.
She lived a very full life and made some lifelong friends, most of which she still had today. She thoroughly enjoyed her days and meals out with all of her friends. If you were to ask any one of her friends, they will tell you that she had a caring nature and never had a bad word to say about anyone. We know she will be missed by all of them very much.
A few years ago she had most of her bungalow modernised and it brought her lots of enjoyment
During her retirement she suffered ill health, but she continued to tend to her garden and go on her days out as much as she could. She also loved having her sister Mary stay with her, although she didn’t like having the television on so loud when Mary stayed.
Cynthia was such a helpful and caring sister, auntie and friend and will leave a void in a lot of people’s lives.
Please note that due to current restrictions the funeral is invited guests only. However, you are more than welcome to come to her home address before we leave at 10am to pay your respects.

Katie Panton is attending the funeral 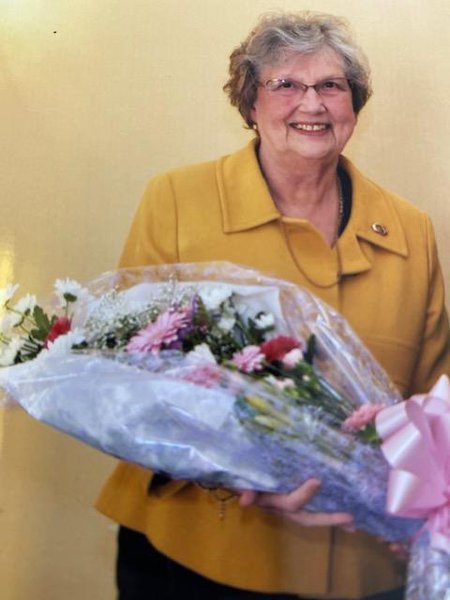