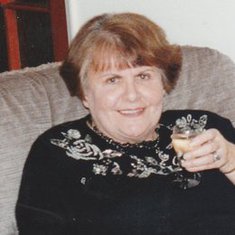 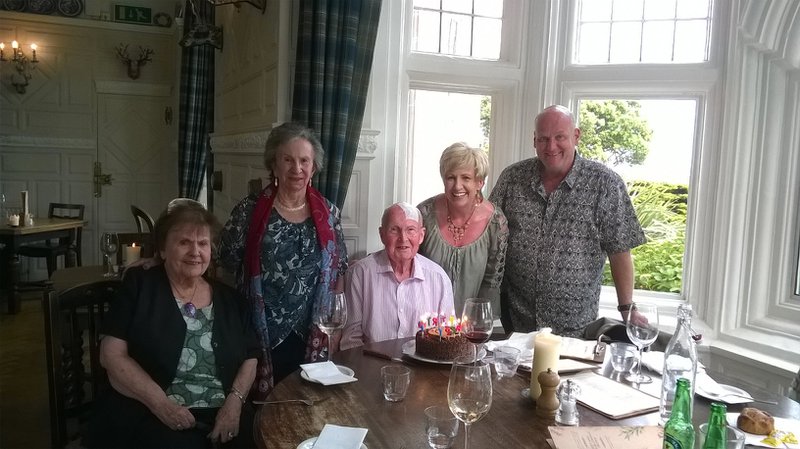 Donation in memory of Thelma from Paul and Mary Hunt, Jane and Andy Lockyer ( Daughter and son-in-law to Paul and Mary). Great memories of good times and laughs with Thelma, will miss our visits. A great lady, deeply missed and so sorry we couldn’t be there at the end. Much love Paul and Mary, Jane and Andy xxxx

We would like to say what a beautiful service she had at Bournemouth Crematorium. She will be deeply missed by many that had the fortune of knowing her.
Thelma & George are now reunited as the perfect couple they always were.

Condolences were expressed by Ken Brown and Doreen Burke and their donations were passed directly to Cancer Research UK.

Remembering many happy times with Thelma and George. Thelma was a lifelong friend of my mum. Edna (nee Goodchild), from Leghorn Road days as children. Always a smile and a laugh at the ready - taking an active interest in the lives of us and our children. Rest in Peace.
Sue and David Haysom and family.

Fond memories of many happy times spent with Thelma and George over the years. Thelma was a lifelong friend of my mother, Edna (nee Goodchild). A life well lived, with a smile never far away. Rest in peace.
Graham and Sarah Bounds and family

Growing up I always remembered the evenings mum and dad (Eve & George) had with George & Thelma listening to James Last records. And then of course those New Year Eve and post Christmas evenings with mum in particular on more than one occasion staggering back home! They were both great family friends and in later years I know mum would always say how she and Thelm would always have a laugh together.

Brian and Joan Boon donated £50 in memory of Thelma

Remembering the happy times spent over the years at Wembley and Verwood. Thelma will be sadly missed

I first met Thelma when she was courting George, my father’s brother, but I can’t remember that far back. I do remember the horrific accident that they had in a taxi on the way home from the airport – an accident from which Thelma had long-term injuries. At the time, I think they were living at Kensal Rise in London, before moving to Spencer Road in Wembley.

Despite Thelma’s difficulty in walking and climbing stairs, she was the perfect host (hostess, in those days!) when I stayed with her and George on numerous occasions – sometimes with my mother, sometimes with a friend. I was young then and it was exciting for me to be staying a short train journey from central London. Thelma always considered herself young, too; she never let me call her auntie. I have fond memories of those occasions, even though Thelma often told me to have my hair cut and continually criticised my pronunciation of her name (“Felma”)! She has never minced her words!

With my wife, Pat, and our two children, I have continued to see Thelma periodically – either at Verwood or at family get-togethers in Essex, where I live. I have continued to be told off by her, most recently by looking at my mobile phone in her bungalow! However, I wouldn’t have wanted it any other way – it is better than being talked about behind one’s back!

Whether she liked it or not, Thelma became a great, great aunt 13 years ago. At least that didn’t ‘send her to an early grave’ – she has lived to a good age and, I believe, has had a very enjoyable life overall. She certainly will be missed. R.I.P.

From quite a young age I remember visiting Uncle George and Auntie Thelma at their home in Wembley and later Verwood. Thelma was always a great host. I enjoyed hearing about the wonderful holidays her and George went on and still have some of the gifts they kindly brought back for us. I know Thelma will be sadly missed by many, but not forgotten.
Love Anna, Andrew, Isla and Rosie xxxx

Dallas Willcox is attending the funeral

JULIA Giles is attending the funeral

Thelma you will be sadly missed and we are so sorry that we could not visit you during the virus lockdown when you needed us most.

Growing up in a village in West Dorset I always looked forward to visiting my godparents George and Thelma in London. Football matches at White Hart Lane and Highbury and later on in my older teenage years a bed for the night after rock concerts. Thelma always made me laugh and readily found humour in situations that some might not. One night I turned up rather sheepishly on their doorstep in the early hours after a Stranglers concert. I had got lost in the streets of Wembley trying to find their house. When I said I had to knock on a local’s door to ask for an A-Z to find the road, she burst out laughing and said that given my appearance and the time of night she was surprised they had not called the police! Rest in peace Thelma.

We both knew Thelma from the 1960’s shortly after she married George. She was sister in law to Doug and from 1970 to my mother Iris. They holidayed together, and kept in regular contact throughout their lives
Josephine and I also kept in touch with her by telephone and with occasional visits to Wembley and Verwood. We also often saw her with Janet, on her visits to Essex.
Thelma did not seem to age, and even after George died, she kept their home in tip top condition by replacing or altering anything she felt needed it. She loved the company of others, and we have many happy memories of visits, pub lunches and family parties over the years.
She had a long and generally healthy life. It was a pleasure to have known her. She will be sadly missed. RIP Thelma. Love Barry and Josephine

In memory of dear Auntie Thelma.
Lots of good memories of family parties shared and coming to stay when you moved to Verwood with Uncle George.
Rest in peace
With love from
Laura (and Russell and Daniel) x x

So very sorry to hear that dear Thelma had passed away. She was the lifelong friend on my late mother, Barbara Day nee Goodchild, and in my memory was alsways cheerful and optimistic despite some verry difficult times, In addition, as all who knew her will affirm, Thelma was possessed of a delightfully dry wit! She, and her wonderful husband, George, remained close friends of my parents throughout their lives, frequently holidaying together. I spoke with Thelm several times on the telephone at the start of the 'lockdown' and she sounded frail but still razor-sharp minded, on one occasion recalling in vivid detail, and with much humour, an incident that happened to her and Mum during the Blitz! Rest in Peace, dear 'Auntie' Thelma. 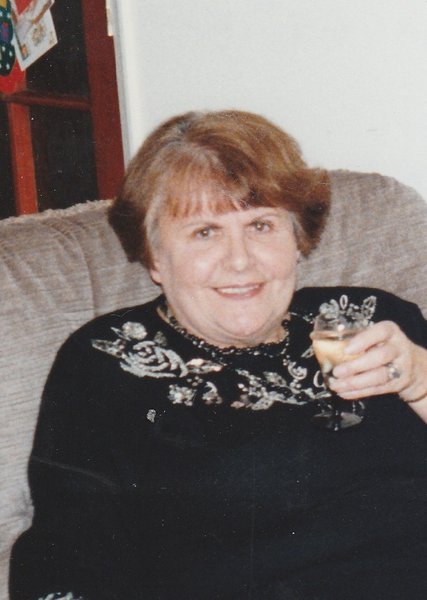