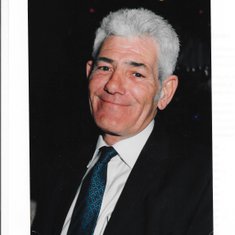 Lee met Stephanie in 1997 but prior to that he had an immensely full life already. What truly defined him was his military career and he joined the Royal Army Ordnance Corps at the end of the 60s. Equally important to him were his two daughters, Connie and Leigh, and he loved the time he lived in Wiltshire quite recently as it meant he had more opportunities to see his girls and his grandchildren, Tayler-Jaye, Mosis, Beth, Katie and Daisy.

His military service, that shaped him into the man you knew, included time in Northern Ireland during the Troubles and a posting to the Falkland Islands. He was fiercely loyal, patriotic and proud that he had come through unimaginable situations, defending Queen and Country, so that we may sleep safely in our beds as the quote goes. It wasn’t all bad. He got to enjoy postings in different parts of the UK, Germany and in Singapore. He was able to show Stephanie landmarks he knew when they visited the country on the way to see his much loved sisters, Jess and Lesley, in Australia.

He was part of a large family and hopefully Jess, Lesley, Gillian, Roy and Stephanie’s brother, Phil, are able to attend ‘virtually’. We’re in unusual times. Lee and Stephanie’s local friends and neighbours who are attending on the 17th despite the perils of Covid – thank you.

Despite the tough image of a squaddie he was very artistic and creative as are most of the Van Kassels. Painting was his big thing recently and Stephanie has a fabulous Highland Cow artwork hanging on the wall at home – her favourite picture. During lockdown a kind neighbour gave them some eggs from her chickens. Once she realised she was getting beautiful drawings of chickens within a thank you card in return - Lee and Stephanie were soon on a weekly supply of eggs! His remote controlled boat models were works of art and he enjoyed displaying them at various exhibitions and shows when he lived in Spain. He was also an avid fisherman and loved nothing more than relaxing by the water watching the wildlife and occasionally getting bothered by a fish on the line. Maybe not quite as often as he would have wished.

Fortunately for Stephanie he was quite a dab hand in the kitchen too, particularly baking and decorating cakes. The artistic streak again and lots of us are going to miss his Christmas cakes. He entered the Corsley Village Show in Wiltshire with an example of his cake decorating and was flattered to receive a special best in show prize.

He came through cancer in 2006 while he and Stephanie were living in Spain and some of the results of that treatment are what has brought us to this situation. He never let his past ill health stop him living his life as fully as possible.

Lee had a favourite poem that he would like you to hear. It is by Leo Marks and was written during the Second World War when poems were used to encrypt messages and this one was issued to Violette whose moving story was told in the film Carve Her Name With Pride.

Lee was a likeable chap , in the time we knew him we had laughs and deep conversations about Fishing. So very Sad to hear of his passing. God Bless

We enjoyed Lee's stories of cooking and dressing up, not necessarily at the same time!
Although who could forget his sumptious sausage rolls at your Christmas thrash, topped off with a cheeky elf outfit. The well executed pyrotechnics at New Year.
Loved the anecdote of Lee sitting in the royal coach, which he shared at one of our garden parties.
It was an honour to be invited into his Craft / Man Cave shed to view his precision models. We know he was a stickler for exact detail.

Obviously Lee will now be on the heavenly parade square putting those Angel's through their paces.
We are sure Lee loved his regimental flag, let it fly at half mast,we will remember him.
Chris and Celia x x

So sad to hear. My fondest memory of Greg was when, as kids we lived next door in Rothwell rd
My sisters and I always had to go to bed early. Greg and siblings would hang a curtain on the clothes line and put on a play. We would watch from an upstairs window. Always made us laugh.

Our deepest sympathy to Stephanie and family

The word to describe my little brother, "Passionate" in everything he did and said, he was very likable and Loyal. His time in the army made him into a wonderful person. He loved to socialise and dress up going by all the FB pics of him taken over the years. He put his whole heart and soul into life. He could do anything from rebuilding kitchens to landscaping gardens,baking and decorating cakes, painting other various artworks, not to mention how much he loved singing and reminiscing about our family and his past. so deeply loved sadly missed.

I have fond and happy memories of lee back in spain. He called the bingo every week at Enrique's bar and was always very entertaining. We shared good times at numerous parties and camping trips. Never will you ever be forgotten xx

Gemma borley is attending the funeral

Such a wonderful man that will be sadly missed and taken from us way too early. I had the pleasure of sharing some lovely times with him and have some lovely memories especially seeing him dressed as an elf at Christmas, that makes me smile everytime I think of it. Stephanie is a wonderful lady that I will continue to share memories with and its an absolute pleasure to have her in my life. God bless you both such inspirational people I love dearly.

Lee - always have the fondest of memories, especially the time spent at The Spotted Dog in Penhurst where myself and sister robbed you dry of your magic £2 coins!!! Always knew how to make our day! Was also massively fond of the military stories you shared over more recent years - an impressive career no doubt! Angus

Angus Simms is attending the funeral

Goodbye to a lovely man. Just wish we had more time to get to know you better. Much love to Stephanie and all Lee's family.xx

When Lee and Stephanie moved into their house just down the road from us, we knew we’d get on well as soon as the Army flag went up, and their Lest We Forget Royal British Legion flag followed. In the few years we were lucky to get to know Lee as a neighbour and a friend, he was always welcoming with a ready smile and an easy warmth. A glint in his eyes always accompanied our chats, especially when he waxed lyrically about his life in the military. He really loved his time in the Army, and had a story for you at every opportunity. Thank you Lee for keeping us safe. Stand down soldier, your watch is done ❤️ Love Gill & Em

Rest in peace Lee. It seems such a shame that the happenings of 'yesterday' gives me a chance to learn an awful lot more about someone whom I realise I knew very little about. My sincere condolences to Steph and to Lee's family.

Will miss you loads mucker bill and Anne 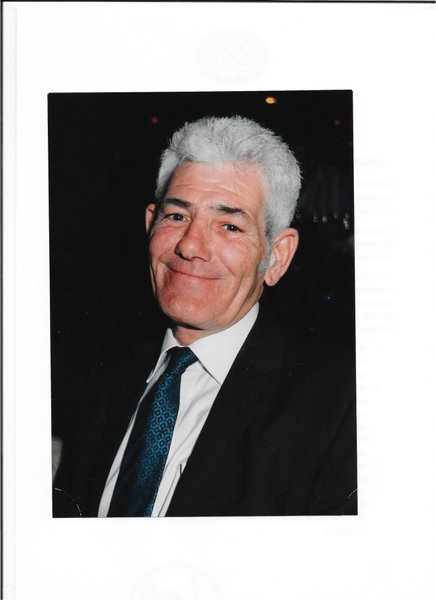