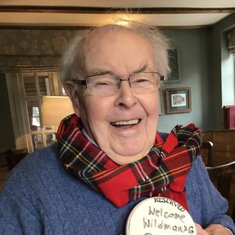 In loving memory of Leonard Wildman who sadly passed away on 15th July 2020.

Len was born in Hounslow in 1928 the youngest of 14 children. His upbringing owed as much to his siblings as his parents but he fondly recalled helping his dad out on their orchard allotment. Wartime saw a brief evacuation to Oxford with his mother but they soon returned home so Len grew up in wartime enjoying adventures with his friends often inspired by the latest films.

Len was a keen cyclist yet was spared completing National Service for circulation reasons. Starting work as an apprentice draughtsman he became a pen friend with young Brenda Fox who lived up in Bridlington. They met after nine months and their love soon blossomed resulting in Len moving to Bridlington. They were married in 1951.

Trying to blag his way as a qualified draughtsman at a yacht designer did not work for the young apprentice and he moved into catering instead soon working as a chef in the local hospital.

A move down to London for the young couple saw Len work hard to improve the quality of his work via various hotels and clubs from hospital food to the haute cuisine of a Park Lane hotel as a long career at The Dorchester started.

Len and Brenda settled in Wimbledon where Brenda worked as a Chiropodist and Len commuted to work at The Dorchester on two wheels cycling in the early years but mostly by motorbike.

They have two sons, Philip who was born in 1960 and Gregory in 1973. Len was always active in helping and encouraging his sons as they grew.

Football was Len's favourite sport and living close to Wimbledon FC he was a great fan from the non league days seeing his team with the FA Amateur Cup in 1963 through to going back to Wembley to watch the 1988 FA Cup win. He has always been a great lover of music of all sorts with operatic Tenors being his favourite. Len loved dogs and had three over the years.

Retirement to Wimborne came in 1990 helped as Len's sister Georgina and brother David already lived in the area. Retirement gave the opportunity for longer European holidays and adventures, often in the smallest of motor homes, voluntary work, learning Italian, playing bridge and worshipping at St. Michael and All Angels.

Len was always welcoming to everyone without bias or prejudice often with cheeky humour. A loving Husband and father who will be sorely missed.

Donated in memory of Len with love xx

Philip and Jan Wildman donated in memory of Leonard

Thank you for all the love and support over the years. We will miss you.
Love,

Thank you Len for your kindness, sense of humour and words of wisdom that you shared with me in my younger years. Thank you also for introducing Wimbledon Football Club to me. For that I shall be eternally grateful. May you now rest in peace.

Mickey Duus is attending the funeral 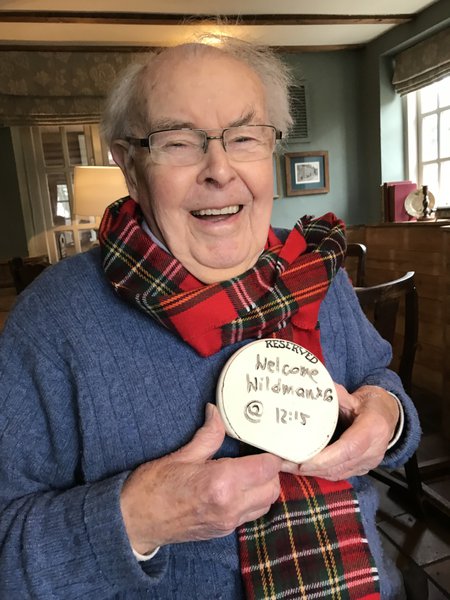